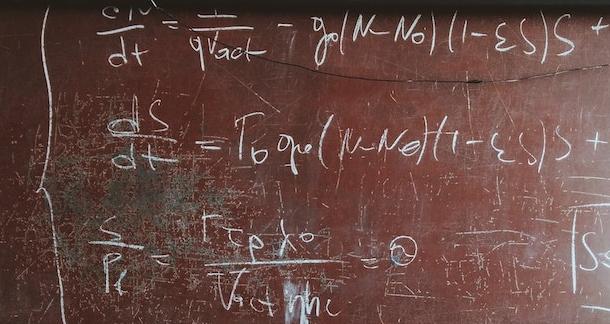 Have you ever written a short story? A long story? A novella? Now you want to write a novel? Cool, lean in real close. Listen to me as I whisper in your ear.

Writing is hard. Every type of writing is hard. That 500-word flash story you wrote might have taken you a couple months to get just right. A short story could take a year or more. Sure, sometimes these things happen faster. Sometimes, everything falls into place and a story might just materialize on your computer screen and you'll find yourself three or four beers deep wondering how it got there. Just go with it. Edit it, submit it, bask in the glory.

But that's the exception, not the rule.

So, if it's as difficult as I mentioned above to write a piece of flash or to finish a short story, how in the world are you supposed to make the leap to writing a novel? Using my fancy abacus and doing some quick extrapolation, if writing a short story might sometimes take up to a year and a novel is, like, 30 short stories, it's probably going to take you 30 years to finish your novel. Wait, no. That's bad math. Bad, bad math.

It won't take that long to write a novel, and you can use good math to help with motivation and prove to yourself that it's possible to finish. There are three things you need to do to allow math to write your novel for you. Math doesn't care about accolades, either. So, you can just pick that thick manuscript up, scrub Math's name off the cover, slap yours on, and you'll be all set. Ready?

As much as we writers like to chant the mantra of "write every day," it's not realistic or necessary.

Listen, word goals are usually bullshit. When you're coming up with a story, your subconscious is not doing so with a total number of words in mind. All you know is some stuff is supposed to happen and you're supposed to write it. But when it comes to finishing a novel that can be published, you do sort of have to hit some targets based on the type of story you're writing. There are no hard and fast rules for this, but there are some good guidelines out there that will help you understand the word count for novels in different genre categories.

You can find a few good examples of the guidelines for word counts here:

Break it into Chunks

Holy crap, that's a lot of words. Doesn't matter what genre you're writing, a novel equals tons of consecutively strung-together words. Take a breath. You can still finish your novel, and I promise it won't take 30 years. What's your target? Got it? All right, now you need to break that target goal down into chunks. This is best done by setting a new target of sorts.

When do you want your first draft to be done by, ideally? Is it six months? Is it a year? Whatever it is, know that you won't hit that finish line at the exact time you want. You might be early, you might go long. And that's fine. But having an idea of when you want to finish your first draft will help you break the overall writing down.

Let's say you chose six months. That's about 180 days or 26 weeks. How much can you get done per day? Per week? That's important to know because it will help you focus, help you hit your goals in this chunking-out-period, and eventually help you finish your novel.

So, it's clear from above that you're going to need to know how much you can write in any given period of time. I'm not talking about those magical moments where you enter the flow and can churn out 3,000 words in an hour. I'm talking about the normal grind. How many words do you normally put out when you give yourself, say, 30 minutes?

This isn't a typing test. It's not an exact science. This is an estimate that will inform the rest of the equation that leads to you finishing your novel. So, don't stress about it. Give it your best guess and move on.

But, wait. Move on to what?

Now that we've covered the basics of how you can tackle your novel in manageable pieces, let's focus on the final part. The math part. I'm going to toss in some variables here for the sake of the example, but you can plug in whatever actually applies to you.

Let's use a word target of 90,000 words since a few genres cover that total in their ranges. Let's also say you have a target of six months to finish your first draft (since I used that as an example above). Finally, let's say you can knock out 1,000 words in an hour. Quick summary:

As I mentioned above, there are 180 days, give or take, in six months. You won't write every day, but you also might write for more than an hour on days that you do write. So, let's start with what it looks like if you hit that one hour of writing goal (1,000 words) every day during that period. That puts you at 180,000 words. Wait, what? That's two books of 90,000 words, not one.

That should be encouraging, right? But again, you won't write every day. As much as we writers like to chant the mantra of "write every day," it's not realistic or necessary. What if you write every other day? Do you hit your target? That's essentially 90 days, 1,000 words per day. Yep, nailed it.

But shit, you went a week without writing anything. You're down to your final 30,000 words before the first draft is complete, and you've got just one month before you hit the six-month goal. Obviously, that's 1,000 words per day. One hour per day. But, sprinkle in a few days of 2,000 words here and there, and the crunch will suddenly lift. The 90,000-word novel suddenly feels pretty possible in six months.

But these are pretty specific examples. Let's finish this off with some more general examples:

Those are pretty small word totals. Totally manageable, right? You can write 200 words a day, 350 words a day, 500 words a day. When you start doing the math behind actually finishing and break your project into smaller chunks, writing a novel feels less like Brian from Family Guy never finishing his novel, and more like hells-yes-I-can-actually-do-this.

When it Comes to Writing, Is There Such a Thing as Trying Too Hard?