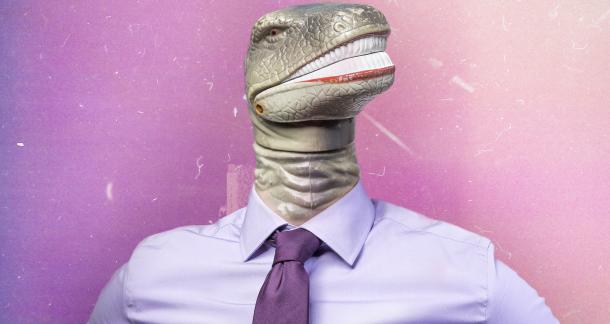 I’m going to tell you something no one else wants to admit: it’s really easy to run a successful literary magazine. It’s probably one of the least difficult things in the world. I’m not saying it’s easy to start a magazine and keep it alive for a couple months—I’m saying it’s easy to start a magazine and make it become one of the most popular magazines in the history of magazines. You want some awards? No sweat. Naked, beautiful groupies throwing themselves at your feet? You better have a big floor, pal.

This article is going to teach you everything you need to know to start your own award-winning magazine. You probably gathered that from the title. The paragraph above was the introduction. It started with an opening sentence meant to spark anger and confusion that would motivate you to continue reading long enough to have plenty of material to complain about on social media. The paragraph you’re reading now is meant to reference the title and first paragraph in a humorous breaking-the-fourth-wall attempt, and the third paragraph of this article will not even be a paragraph, but a subtitle of the first thing you need to know about your new awesome magazine. That’s how smart I am.

Imagine the set-up screen in Mortal Kombat displaying a dozen or so characters to choose. You can only pick one fighter to take you to the top and win the championship. In the end, they’re all really built from the same template and don’t offer that much variation, so it doesn’t matter. Horror magazine? Science fiction? Steampunk furry erotica? Whatever. The genre (or lack of genre) you land on won’t play too much into how many awards you eventually win. The truth is, you will win many awards. So many awards the leader of your country will gift you a key to every house in the land, which you’ll be able to use to store the aforementioned awards. This is not hyperbole. This is fact.

I’m the guy writing an Internet article here, so maybe I know a thing or two about being very successful.

You will need a computer if you want to win awards. Maybe you’re too poor to own a computer. That’s okay. It’s typically unheard of in this business for a publisher to have money, anyway. That’s why libraries haven’t gone extinct, right? Go to literally any library on the planet and you’ll come across two types of people: A) someone browsing porn on a public computer to avoid suspicion from a spouse, or B) someone operating a successful literary magazine. Sometimes A and B combine, which is expected and perfectly natural. Okay. Now you have a computer. Another check off the motherflippin’ list.

Now that you’re online, you should create a website. Don’t bother wasting money on a personal URL. That’s all a scam. Just register a free blog with WordPress or Blogspot or Tumblr. Some critics claim having “.wordpress.com” at the end of your site’s URL makes your company look unprofessional. Well, I don’t see them starting their own award-winning magazine, so I guess they don’t really have room to talk, now do they?

The website should have clear guidelines of what is and isn’t accepted for submissions. I recommend being as vague as possible about what specifically you’re after. This way you limit the chances of scaring someone away. Let’s say you’re doing a horror magazine. If you mention you’re not a fan of “gore for the sake of gore”, you’re risking the possibility of turning away hundreds of authors who associate under extreme horror. Plus, let’s be honest, “gore for the sake of gore” is a pretty stupid thing to say. Try not to say such stupid things, dummy.

A better example, as far as guidelines go, would be something like, “Please send us some spooktacular stories, fellow horror-meisters. Fill our underoos with urine.” I believe that would definitely get the point across, plus the language used is atypical from other magazine guidelines. It’ll make you stand out better than a virgin in a slasher flick.

Also, don’t forget the holy grail when it comes to submission guidelines: payment. Now, you’re gonna want to really shine here, so you should offer payment that greatly exceeds most pro-paying magazines. You should just go crazy here. Claim you’ll pay 15 cents per word. 20 cents. A whole flippin’ dollar. Your first born’s soul. Whatever gets them excited, that’s what you need to pretend you’re going to give.

“But Max,” you’re probably asking, “the title of this article states I won’t have to pay a dime. How is that possible when I’m paying a dollar per word? That's way more than a dime. Your math ain’t addin’ up, buddy!”

While you will need to remain open for submissions indefinitely, you must never actually accept anything. I know that sounds crazy, but listen, I’m the guy writing an Internet article here, so maybe I know a thing or two about being very successful. Because of this obscene amount of hypothetical pay offered, your inbox will find itself perpetually drowning in submissions. You must never open the attachments in these submissions. They will only suck up time you can’t afford. Instead, create a standard rejection letter and adapt to the robot lifestyle. Response times must not exceed twenty-four hours. You cannot let these writers get comfortable. You must turn them into basket cases. They’ll start hosting light-hearted competitions online to see who can get the quickest rejections. Your magazine will gain immense popularity because of your rejection-speed notoriety.

To throw off suspicion that you’re just rejecting everything without reading, once in a while change up the wording on your rejection letters. Maybe even use a different name to sign off on them. Create fictional editors who help you with slush. This will deceive the writer into believing they are improving and are one more submission away from acceptance. The more invested they become into penetrating your magazine, the more likely they are to actually buy a copy to see what trash you deem more talented than their own work. They will fall into your trap and it will be glorious. Rejoice in evil, for the work of a magazine editor is that of a supervillain.

While it’s true you won’t be purchasing content from other authors, you will still need content to fill up your magazine. Odds are, if you’re interested in starting up your own magazine, then you’re a failed writer who never got the chance you obviously deserve. Well, now’s your time to shine, because you’ll be cranking out a good seven-to-ten stories to publish under various pseudonyms. Of course you can’t use your own name, since you’re already listed as the main honcho in charge. You’d immediately be seen for your true colors as a crazy scumbag.

I recommend you also create fake social media profiles for each pseudonym, and friend request everybody in the literary community. To keep up appearances, make sure each profile is posting at least one status a day. Give them opposing opinions, have them argue with each other and threaten their loved ones.

If you’re thinking this is going to be a lot of work, well I got news for you, buster: writing short stories is even easier than putting together an award-winning magazine. Feel free to recycle the same stories by slightly rewriting and changing the order of paragraphs. It’s important to remember that the quality of the writing does not matter. People will assume it’s amazing if published in a magazine that pays the kind of fortune you’re offering. No one wants to be the person who admits to not understanding why a certain story is good, so they will just fake it, much like yourself. As soon as you realize everybody is faking everything at any point in time, the quicker you’ll start understanding the meaning of life.

5. Win All of the Awards

Congratulations on all the success you’ve just earned. I’m not saying you need to thank me, but you’re welcome.

"It's a small world, but I wouldn't want to paint it."

"You can't have everything ... where would you put it."

Fan-fucking-tastic article. I can see the awards piling up already...

Is this image taken from the new Chuck Tingle book "Pounded in the butt by a Raptor in a suit whilst editing an award-winning magazine" ;-)