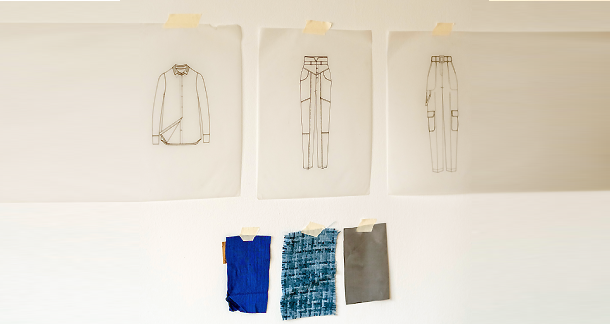 I was so proud of my pantser self. I used to look at all the plotters around me and scoff — they weren’t as cool as I am, with my winging it and my 17 revisions of one book because I didn’t figure out the narrative until draft eight. I thought that was the way to write a book; because it was mine, and I loved it.

And then I started grad school.

Instead, I woke up one December morning in 2021 and decided I wanted to outline the project I planned on writing during my first semester. I decided this because I was antsy; a few months before I’d finished a first draft for the first time in four years, after which I immediately wrote another, very short, first draft of a novel, and I wanted to keep going.

But I knew I couldn’t begin writing the book in my heart before school started, so I did something else; I outlined it.

I’d never outlined a book before, not really. I’d done revision outlines, but that was really just writing down what already existed. This would entail coming up with a plot before I even really knew my characters. And as a character-driven writer, I didn’t think I had what it takes.

But thanks to my trusty Trello board, my writing friends, and a whole lot of caffeine — I pulled it off.

I used Trello, an online organizational tool that essentially gives you pin boards and note cards, to write out a description of each chapter. I then copied and pasted those into a Google doc, mostly so I could get a total word count and partly because I’m exceedingly extra.

My friends were my sounding board. I’d reach out with questions, like, “Is it okay if they don’t kiss until the end of the book?” or “What should my plot be?” — because all I had was a dream of two girls falling in love over insomniac nights in a dorm bathroom at a boarding school, and that’s great for exciting myself, but I knew I needed something more.

And my friends came through for me. They gave me the idea for the plot, which then pushed the characters to their limits and stretched everyone and everything — me included.

I wrote the book from January to June of 2022. There are parts where I vastly diverged from the outline. At one point, I had someone read the outline I had written and tell me what was missing; at another point, I called up a writer friend to talk through the final act of the book. I literally made her type notes for me as I rambled about what would happen in each of the final chapters of the book. (Side note, get you a friend like Kat, one who will take dictation like that; but not actual Kat, she’s mine.)

And I finally finished the book. It’s a first draft, which means much will still change about the characters and the story; but it’s the most cohesive first draft I have ever managed to pen. And I’m pretty dang proud of it.

I don’t know if I’ll be a plotter forever, or if I’ll just take these lessons and move them back to pantsing, but I do know I couldn’t have done this alone.

Thank you Dr Winner for saving my broken Marriage and bringing my husband back to me!.
Me and my husband are living together happily again.. All thanks to Dr. Winner If you have any problem contact Dr.Winner now and i guarantee you that he will help you.Email him at: Winnersspellcast@gmail.com or you can also call him or add him on whats-app: +2348138289852...or view his website:https://winnersspellcast.blogspot.com or
via his Facebook Page