How I Turned My Shitty Night Job into a Novel 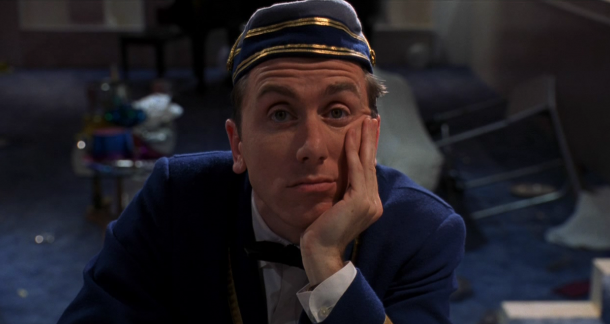 This is the article that gets me fired, so pay attention. Unless you’re my boss, then instead of reading this article please spend your time watching this video of very cute owls.

In 2012, I was wandering aimlessly through the small town outside San Antonio where I lived, applying at every establishment that’d cough over an application. I hadn’t shaved or cut my hair. My clothes were dirty and drenched in sweat. I’d been unemployed for well over a month and I was beginning to doubt my ability to snag even the lowest-paying job. Nobody wanted me. I was walking garbage.

Then I saw it.

At the time, it didn’t seem any different from the countless other places I’d surrendered my personal information to. The front desk receptionist asked me what position I wanted to apply for, and I told her it didn’t matter, I’d do whatever. She revealed that the hotel’s night auditor had just turned in her two weeks’ notice not even an hour ago. Although I did not know what an auditor was, I told her that sounded perfect. A week later I was called in for an interview. The general manager (at the time) asked if my wild trailer trash facial hair existed due to religious reasons or if I’d be willing to shave.

As we all know, sleep is just a myth created by mattress salesmen.

I got the job.

The first week of training passed without incident. My first night alone as an auditor fell upon the hotel’s Christmas party. I did not attend the party, but I did clean up the aftermath. My boss got drunk and called a guest a “motherfucker” for borrowing the front desk lighter. I think he also boned a housekeeper. The person who trained me vomited in the parking lot and told me stories about other hotel associates who'd been robbed during their shifts. I was still naive and tried to impress everybody by straightening up the meeting room where they’d held the Christmas party. Note: never try to impress anybody. You will only be expected to further impress them over and over again. I ended up throwing away table cloths my manager had rented from a company. In the morning I had to dive into the dumpster and dig through the various trash bags until I found them all.

Work any customer service job and you’ll quickly realize just how terrible people treat you and your co-workers. Once someone is in the position to pay a business for their goods, the employee they deal with ceases to be a human being. The customer automatically assumes and expects all employees to be gods devoted to wiping their ass of every fleck of shit. At the slightest delay or error in service, the customer will freak out, their brain will malfunction and  they will spiral into an irrational rage and take it out on the person they’ve come to believe is employed to handle mental (and sometimes physical) abuse. I’d worked other customer service jobs in the past, so I’d already anticipated such behavior with the hotel. However, there’s no way I could have fully understood the anger and insanity that would afflict hotel patrons between the hours of 11PM and 7AM, because holy shit, if you think people are nuts at Best Buy in the afternoon, then just imagine how they behave when they’re miles away from home and all they want to do is sleep but they’re convinced you are the only entity in this world blocking them from doing such a thing.

Naturally, like any good employee, I started bitching about my guests on social media. People responded pleasantly. My pain became their entertainment. I created a Facebook page devoted to night auditors. At the time of this article, it’s got just over 1,200 likes, which consist mostly of other hotel employees around the world, which means the page now receives anonymous stories from several auditors every night. So go ahead, any managers who are probably reading this. Try to pin that shit on me.

I also brought an adorable little Chromebook to the hotel with me every night and wrote during my shift. Short stories and columns here and there, but after about a year of working at the hotel, I directed my focus on a book about my job. I’d leave the Chromebook open in the back office and whenever a guest’s inane requests or temper tantrums shook me into a fit of rage, I’d flee to the back and write a chapter devoted to them. Whenever I was half a second away from falling asleep because I’d been awake for several days (as we all know, sleep is just a myth created by mattress salesmen), I’d frantically write more of the book, not giving a shit if any of it made sense, just anything to keep me awake, no matter how weird or surreal the prose came out.

I finished the book a little over a year later. Every time I thought it was about time to wrap it up, something else insane would happen at the hotel, and I felt the need to rewrite everything to include a new scene or plotline. For instance, one night as I was taking out the trash at around 2AM, a large featureless white van started driving around the hotel at high speeds, blaring “Yakety Sax” from an extremely powerful speaker. It did at least three laps around the building before fleeing onto the highway. How could I not edit that kind of shit into the book? So yeah. A little over a year and I felt satisfied with calling it finished. But honestly, I could have easily kept going forever. At least once a week something happens that’d be entertaining enough to write about, so it's a good thing I now write a hotel column over at Gamut Magazine, huh? 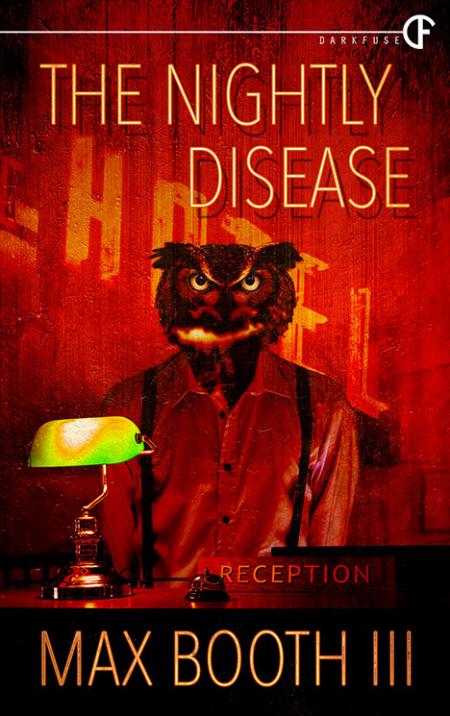 By the time DarkFuse accepted it, the book had gone through about a dozen titles. The publisher and I eventually settled on The Nightly Disease, which is also the title of a great album by Madrugada (although not as good as their album Industrial Silence, which is required listening for anybody with functioning ears).

DarkFuse first released the novel as a serial for their paid subscribers on their online magazine. One installment every night for the entire month of October 2016. During this month, they also opened pre-orders for a signed limited edition hardcover, which would be my first full-length book to be released in such a format. My other books have all been eBooks and paperbacks. The hardcover sold out in a few weeks. The Facebook page I created several years ago turned out to be unexpectedly handy as far as increasing my audience.

Then, only a few weeks before the publication of this article, the eBook and paperback editions of the novel were released.

The book that had helped me survive so many goddamn hours at my hotel was finally available to read. I only hoped nobody important from work read it and freaked out. It’s fun to make fun of your job, but at the same time it’s not very fun to vomit from being stressed out about bills and groceries. If I truly didn’t give a shit about being unemployed, I would start trying to sell the novel at the front desk to every guest who checked in. Which doesn’t seem like such a terrible idea, but all it’d take is one person misunderstanding the scene in which the night auditor stands on the roof and ejaculates onto random cars in the parking lot. Then, what would I do? Go to college? Engage in awesome heists in and around Texas? Apply to another hotel? That all seems like it’d take way too much work. Anyway, I doubt anybody at my hotel gives a shit about reading.

So it makes sense then, that a few days ago our maintenance man randomly texted me the first line of the novel, accompanied by a smiley face.

Man, these owls are so cute!

thank you - it makes my shit jobs seemed less shitty on several levels. you are a master of your craftiness.