How Character Likability Kills Movies (and How It Can Save Books) 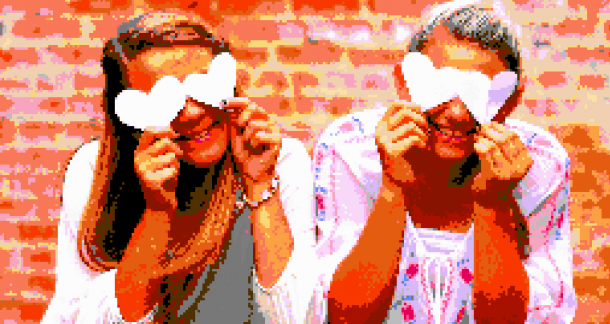 Get a load of this jerk. 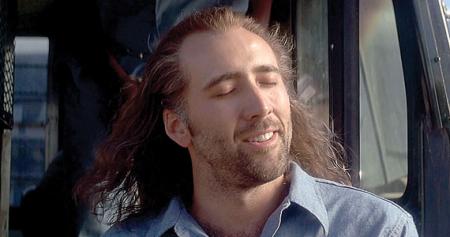 Okay, it's tough to be mad at a head of hair like that. Especially when we all know that hairline's bleak future. Enjoy the breeze, Cage-y locks. It will be...your last. 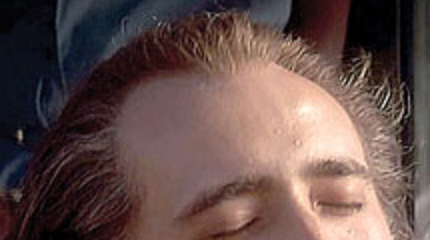 Maybe I'm being tough on Cage, aka Cameron Poe from Con Air. But I'm only tough on him because he's the first character I remember being too good for his own good.

Allow me to explain.

If you have memories of Con Air, they most likely involve the phrase "Put the bunny back in the box" or the mangled corpse of Dave Chappelle falling from the sky. What you might not remember is how Cameron Poe ended up booking a flight on Con Air in the first place.

Cameron Poe, Army Ranger visiting home, is harassed in a bar by a drunken dude. Later, in the parking lot, the drunken dude and two of his buddies start beating the crap out of Poe. By the way, this was pre-9/11, so "soldier boy" was an insult, bars didn't advertise military discounts printed in block font on Coors Light banners, and also there was very little information made available to drunken oafs regarding what an Army Ranger was and the fact that they dismantle people professionally.

When Poe's pregnant wife runs inside for help, Alpha Drunken Oaf pulls a knife, and Cameron accidentally kills the guy by hitting him in the face.

Poe gets railroaded in court by some nonsense and a judge who just seems like a real asshole, and thus, we have a reason for Cameron Poe to be in jail, and a reason for him to fly Con Air. To review: three drunks harassed him and his wife in front of dozens of people in a bar, then attacked him in a parking lot, and Poe defended his life when one of them pulled a knife.

It's pretty clear what's going on here. We needed the hero to be in jail, but we needed a reason for him to be in jail that wouldn't make it hard to root for him. We had to still like him. We had to be on his side all along. This is a blockbuster movie. It ends with a plane crash on the Las Vegas strip. We can't gamble on an unlikable hero here.

As a result, we get a fairly ridiculous story, and more importantly, a character who is robbed of an arc. 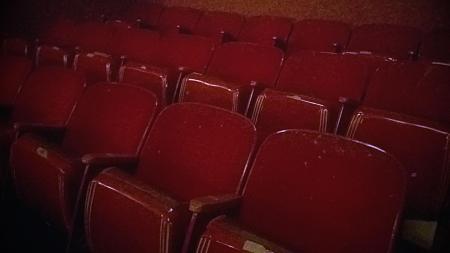 Let's look at a couple other recent examples from the world of blockbuster Marvel movies. Take Ant-Man. Spoilers for about the first 10 minutes of Ant-Man here.

Ripped Paul Rudd has a problem. He's a criminal. What crime did he commit? He stole money from an Enron analog and gave it back to the people who owned it in the first place.

Now, that might be a crime, and he might be arrested for it. But goddamn is it a lovable crime. That's Robin Hood. That's a guy we like.

And yet, the movie is centered around Paul Rudd clawing his way back to respectability, employment, and fatherhood, and he does so by becoming the heroic Ant-Man, proving he's not a lowlife.

It's problematic storytelling, and here's why.

When you have a character who is bad, or who does something actually bad, that character can have a powerful moment of redemption. If that Paul Rudd character had done something heinous, or if he'd at least done something thoughtless that harmed people, then his complete 180 would reveal him to be a different person. It would be a moment of character change. As it stands, doing something that is unquestionably right, morally, and then having to prove that you're a good person, morally, is kind of a flat character arc.

Iron Man's shot at redemption is a moment of self-sacrifice where he carries a big bomb into a wormhole or something, and he proves to Captain America that he can do what's right, even at a cost. He proves that he's not selfish. Character growth, right?

We, as viewers, already know that Tony Stark might be, in Captain America parlance, a wiseacre. And we also know that his Mephisto-may-care attitude, his emotional armor, if you will, protects the soft, good man underneath.

One could say The Avengers is about Iron Man's redemption, but one could more accurately say it's about a lunkhead who throws around a metal circle realizing what the audience has known about Iron Man all along: steely exterior, good dude inside.

This isn't character change. It's just one character realizing something that was there all along. And realizing it after the audience. Viewers are robbed of actual redemption in favor of having what they know to be true proven. Instead of actual change in a character, we have to settle for a Captain America handshake and apology.

Because when there's big money on the line, no one wants to gamble on unlikability.

This need for likability fakes us through Iron Man's redemptive moment. It does the same for Ant-Man. As for Cameron Poe, it uncomplicates what could have been a potentially complicated character, a criminal who makes an unselfish choice to change.

It's my theory that as movies hold onto the idea of a Jurassic World or an Age of Ultron to make bank, and as theater revenue shrinks, studios will be less and less willing to gamble on unlikable main characters. This is a theory that looks pretty good if you check out the list of top-grossing movies of 2015 so far and compare it to the list from 1994. 1994 has Pulp Fiction, Natural Born Killers, and Interview With A Vampire in the top 25. Low likability in those movies, but they performed well.

I don't propose here that likability is the only way for studios to go or the only problem with movies. It might not even make the top 100 problems list behind "Why is John Goodman criminally undercast?" and "Who decided Judy Greer can't carry a movie because that person is a dum-dum." But if you're a storyteller, it never hurts to keep track of parts of the storytelling world where there might be a void. If you're a writer in a world where film and television are the dominant art forms, it's good to keep track of the places books can go that movies can't or won't. Recognize the areas in which your competition for people's attention is handcuffed.

More than that, it's good to recognize the common criticism "The characters are unlikable" as being different from "the characters are poorly-written", and to understand that while some people just want to read a book and make a friend, many others want to explore something else.

The hunger for unlikable characters will exist, as it always has, and the risk of unlikable characters is one you can take in your writing. And good news, it pays off. Huge, top-selling books are packed with unlikable characters. Holden Caulfield, Ignatius J. Reilly. Unlikable as all hell. Beloved's Sethe is a complicated main character whose action puts up a barrier to likability. Beloved creates widespread discussion around the morality of killing your own two year-old child. That's a feat.

It's not just classics, either. 50 Shades of Grey, Fight Club, and Gone Girl are great examples of modern books with unlikable characters, and their proof-of-concept publishing and sales push unlikable characters onto the big screen. Not to mention Harper Lee's 2015 publication of Go Set A Watchman, which paints the older Atticus Finch as a racist. A hard swerve into unlikability.

To put it another way, it's difficult to imagine huge AAA movies with actual unlikable characters. A Jurassic World creating a racist character in Chris Pratt. A Fast and Furious movie that has a subplot of an obese fool who lives with his mom, can't get a job, and thinks himself an intellectual. An Ant-Man movie where Ripped Paul Rudd kills his own child.

There's a potential storytelling hole that needs to be filled. Speaking of which...

Can Vonnegut Sum It Up?

Kurt Vonnegut said that one of the best, most-popular story styles is Man In A Hole. Someone does something, finds himself stuck in a hole, and now he has to get out.

Which story do you want to read?

Story A: Noble man walks to pick up neighborhood cat in his yard, falls in a hole? (working title: Good Guy Cat-Saver)

Story B: Secretive, strange man hits neighborhood cat with his car. While burying the body, he becomes stuck in the grave? (working title: Cat Grave: Revengeance) 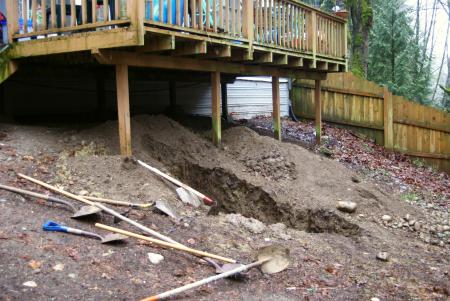