How a Community and a War Spawned a Collection 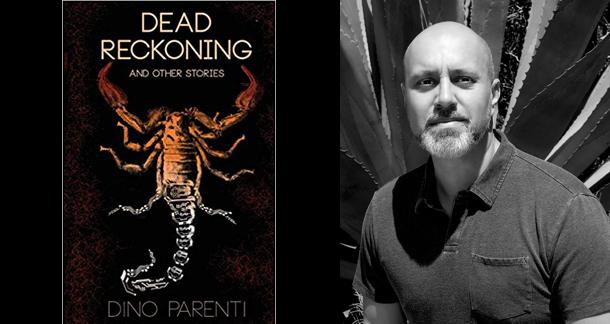 My first campaign as a novelist was a success, insofar as I had accumulated a lot of words and pages, generated characters and plots, and had a basic beginning and end. It was stuffed with all manner of crazy, carefully crafted ephemera as well: fake magazine and newspaper clippings, court reports, and handwritten letters that took me as long to create as the novel took to write. It was a tome about false identity and missing lovers and the narcotic draw of Hollywood. It was ambitious and broad and multi-pronged—everything I thought made for the great American novel.

It never even had a stable title, it was so damn big, though about a dozen cycled through during its genesis.

And when all was said and done, it was utter, irredeemable crap.

675 pages and nearly 180,000 words of meandering, disparate nonsense weighing more than the laser printer that churned it out over the two hours it took for Ryan Reynold’s freshly rented Green Lantern to run its unfortunate course.

I learned three things that fall in 2011:

I Needed a Boot Camp.

It’s not easy to publish anything of relative worth by yourself when you haven’t really done it before. Sure, the actual text you undertake alone, but not all the quality revising, editing, and marketing that comes with it—all the aspects that get your work out of your head and computer, and into the world. I’d sought no help in writing my nameless opus—no beta-readers (what were those?) and no editors (who needs them—I can spell!). I thought I could go it alone. I thought I possessed all the necessary chops.

I was as wrong as a flat-Earther.

It quickly dawned on me that in order to pursue this dream of being a writer, I needed not only a support community, but I should also learn to write better through the far easier vehicle of the short story.

And another naive assumption went by the wayside.

A good short story is every bit as difficult to pull off as a novel is—harder perhaps for its necessary brevity and conciseness. The only thing “easy” about a short story is how much quicker you learn how bad you are. The screw-up curve is shorter by dint of word-count; you wasted perhaps an afternoon or a couple of days to realize the failure of your 2,000-word effort as opposed to, say, four years on a nameless novel that got away from you like a crumbling dam.

So I looked for a writing group. LitReactor popped up on my Google search, I saw that they were helmed by the people that used to run Chuck Palahniuk’s website, and I joined.

It Started with a WAR!

For the first six months I wrote and ran stories through their many critique threads and peer reviews, met a lot of people, and read a ton of work. Little by little I improved and the bad taste of my insane monstrosity of a novel lost some of its acridity. However, I was a slow writer. Still am to this day, but back then I was really glacial. I needed a booster in output, and in due time one fell into my lap: WAR!

WAR was LitReactor’s version of the NCAA tournament: 64 writers in a head-to-head, no-holds-barred writing competition.

Well, there were rules, this to keep the carnage to a minimum. We were given writing prompts we had to adhere to—usually a photograph or a quote—a word limit, and a turnaround time.

I’d like to say I cruised into the final four, but let’s keep it real here. I was lucky to break into the sweet sixteen before getting promptly upended by a much better writer. What I thought I had won through cool premise alone was rightly beaten by a piece with solid core characters, proper motivation, action, and subtlety—few of the things my story had.

After that experience, coupled with further painstaking workshopping and help from my new tribe, I started sending stuff out—casting out my line—and low-and-behold, I’d get a bite. Then a lot of dangling bait without so much as a nibble, often for months, then another bite in a different part of the lake. Then more fruitless trolling. All throughout I met other fishermen on the lake. Anglers who became friends and mentors, who had connections to other fishing holes replete with editors and writers and artists, and my tribe grew and drop-by-drop I filled my bucket with better words and techniques, and every now and then someone would actually buy one of my catches-of-the-day.

Over the next few years, between depressive bouts, a recession, and several assorted crises, I published over twenty stories, won and placed in a couple of contests, was asked to be an editor on a magazine, started and finished a new and hopefully better novel, and made a bevy of new friends and helpers in my quest.

I also discovered an unwitting theme in the stories I was writing: loners trying to go it alone. The myth of the self-made man or woman, crushed.  The bulk of my characters ended up meandering, brutalized, devastated husks of meat in a pitiless world. If any of them found a success, it was through some manner of cooperative or appeal for help.

And there it was: a group of stories with the connective tissue of islands versus communities.

The Aftermath and Lessons Learned

So I asked for help with this fledging collection of mine. Friends and editors read the stories, read the collection, gave me notes and critiques, and I carved and whittled and streamlined until the good people at Crystal Lake Publishing gave it a read and didn’t toss it immediately into a bonfire.

Seven years since joining Litreactor (10/5/2011) in order to learn the craft of writing, and my first collection, Dead Reckoning and other stories, was released on 10/5/2018.

Seven years to the day.

Maybe, maybe not. But I point this out to show just how little of this happens overnight. For some of you, it might be quicker, for some longer, but it took me seven years to write well enough and accumulate enough work for a collection, and I couldn’t have done it on my own. It’s okay—and even necessary—to reach out for help, to nurture relationships, to find your tribe. This shit’s hard enough to do even with an army at your back, so build up that crew, keep reading varied work, take some time and volunteer to read slush—perhaps the greatest of all teachers—and you’ll get to where you want to go sooner rather than later. Just put aside the great American novel until you’re ready to slug it out at full strength.

Dino Parenti is a writer of dark literary and speculative fiction. He is the winner of the first annual Lascaux Review flash fiction contest and is featured in the Anthony Award winning anthology Blood on the Bayou. His work can be found in Pantheon Magazine, Menacing Hedge, Pithead Chapel, as well as other anthologies. He is a fiction editor at Gamut Magazine and a member of the HWA. His short-fiction collection, Dead Reckoning and Other Stories, is now out with Crystal Lake Publishing. When not purging his soul into a laptop thanks to a far-too-early exposure to Stephen King, Scorsese movies, and Camus, he can be found photographing the odd junk pile, building furniture, or earning a few bucks as a CAD drafter. He lives in Los Angeles.

Wow! This is AMAZING! Seven years TO THE DAY. I'd say there's meaning in that. Also, the recurring theme of DIYers who fail until they get some help.

This is really inspiring, Dino. Congratulations to you, and I hope this story encourages other writers or artists to keep at it! I know it inspires me!

Dino Parenti from Los Angeles is reading Everything He Gets His Hands On October 31, 2018 - 8:20am

Thank you, Taylor! I hope so as well. It wasn't something I believed until it started happening, you know? More often than not, it ain't overnight.