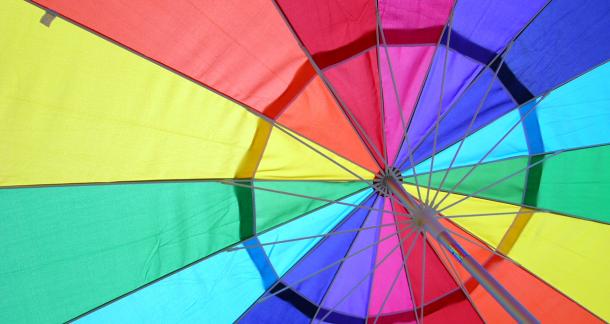 With a long list of hot new YA releases coming out this summer, there's something for everyone. From highly anticipated sequels from big name authors like Cassandra Clare and Sara Shepard to contemporary gems from Sarah Ockler and Rebekah Crane, there's plenty to be excited about. Whether you enjoy your young adult steeped in fantasy or prefer a fresh contemporary take, we've got the rundown on hot books to keep you busy through the dog days of summer. 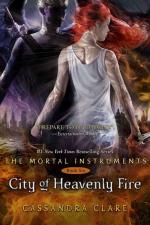 What more can we say except, this is the conclusion to The Mortal Instruments series! In this highly anticipated final novel, darkness has returned to the Shadowhunter world. Who will survive as Clary, Jace, and Simon join forces once again to fight the greatest evil the Nephilim have ever faced? There is sure to be sacrifice and loss of life in this thrilling battle for the fate of the world. 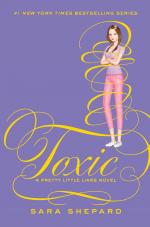 In the penultimate book of the Pretty Little Lars series, Aria, Hanna, Emily, and Spencer have barely survived their latest encounter with the notorious A. Without the backing of the police, who don’t believe that A is still on the loose, the girls must track down their tormentor. Full of the juicy scandal and intriguing plot twists fans have come to love from this series, Toxic prepares us for what is sure to be a jaw-dropping conclusion in the final novel. 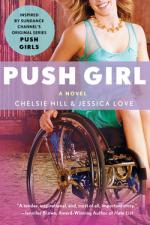 Kara is determined not to let anything get in the way of her perfect junior year. Everything is in place with her sights set on homecoming queen, a wonderful group of friends, and an amazing boyfriend. But things go awry when Kara walks into a party and sees her boyfriend with another girl, and drives away angry. Everything changes in the instant another driver slams into Kara’s car, leaving her unable to feel her legs. This novel is co-written by “Push Girls” star Chelsie Hill. 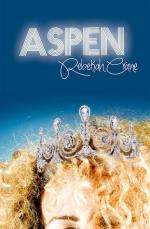 Aspen Yellow-Sunrise Taylor sees her perfect classmate Katelyn everywhere. The only problem is that Katelyn’s dead and Aspen feels responsible. After a tragic car accident takes Katelyn’s life and leaves Aspen with a broken leg and a whole lot of guilt, the last thing Aspen needs is a ghost reminding her of the accident. When Aspen gets paired with Katelyn’s ex-boyfriend Ben in Physics lab, things get complicated. How could Ben, with his Snuffleupagus eyelashes and beautiful mouth, be the only person in school who understands what Aspen is going through? As Aspen tries everything in her power to forget the night of the accident she hangs on to reality with her best friends Kim and Cass and her pot-smoking hippie mother Ninny. Despite the confusion of her newfound popularity and the pitying looks she gets from her community, Aspen must find a way to move on and make peace with her past. 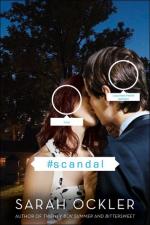 In the latest release from Sarah Ockler, we’re introduced to Lucy, who despite serious reservations, agrees to step in as Cole’s date when her best friend Ellie falls sick before prom. When Lucy and Cole exchange a kiss, they know they’ll have to tell Ellie, but before they have the chance, it goes viral on Facebook, with devastating consequences. Lucy is determined to fight back, but things get complicated when it comes to light that Lucy’s not the only one with a secret crush. 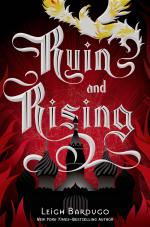 'Ruin and Rising' by Leigh Bardugo

In another highly anticipated series conclusion, Leigh Bardugo brings us book three in the Grisha Trilogy. After the capitol has fallen and the Darkling rules from his shadow throne, the fate of the nation lies in the hands of a broken Sun Summoner, a shamed tracker, and what’s left of a once-great magical army. As Alina and Mal seek to find the last of the Morozova’s amplifiers, she reveals details that change her understanding of her own powers. In this exhilarating conclusion, victory could cost Alina the future she’s fighting for. 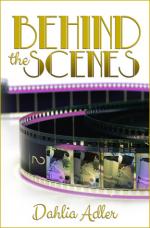 'Behind the Scenes' by Dahlia Adler

In this fresh contemporary look at Hollywood life, Ally Duncan wants nothing more than to live a quiet life going to Columbia and studying abroad in Paris. When her father’s medical bills threaten her dreams, she must take action. Ally’s never been intrigued by her best friend Vanessa’s Hollywood life, but she takes a job as an assistant on the set of her hot teen TV drama to make the money she needs. An unexpected love interest and a tabloid scam just might cost Ally not only her best friend, but also her first chance at love. 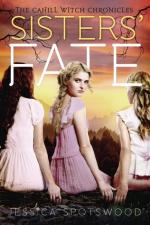 In this third installment of the Cahill Witch Chronicles, the Sisters are powerless against a fever ravaging New London. They can’t risk help by revealing their powers and possibly being sent straight to the gallows by the corrupt Brotherhood. With a thwarted love, deadly visions, and a sinister prophesy that one Cahill sister will murder another; this novel is a breathless race to the finish.

These are just a few of the amazing young adult releases coming out this summer. It’s the perfect time to wrap up your favorite series with its long-awaited sequel, or maybe to find a brand new author to get you through the long, hot season. Whatever your reading pleasure, there’s a title here to keep you entertained.

If I had to pick, I would say Aspect looks the most interesting.

This is going to come off as bitchy, which isn't my intention, but can we be certain that this is really the last book in the Mortal Instruments series? It was originally supposed to be a trilogy. Now we are on book 6. The same could be asked of the Pretty Little Liars book. I love book series, but sometimes fame causes them to be overly drawn out and at the expense of the plot and characters.

I like the sound of some of the other books. Will add them to my wish list.