Horror and Crime: A Writer's Education 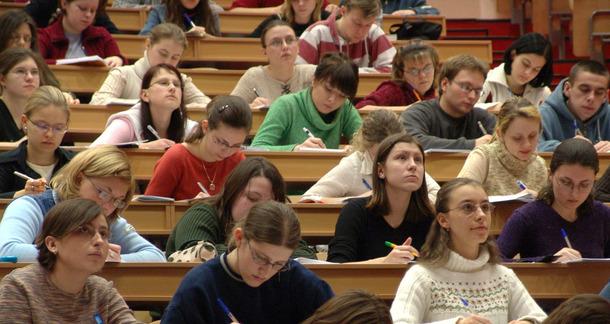 The education of a writer begins with reading. I was never much of a gamer and never really got into comics because books took over pretty early on in my teens. Books were IT for me, and I was happy with that. I'm still happy with that.

While I've written in a plethora of genres, the two I seem to mix into everything are horror and crime. Now, after almost a decade as a book reviewer, and with three books and a bunch of stories in anthologies, I'm able to recognize what I got from the authors I read compulsively in my teens. Instead of hiding those influences because it sounds more writerly to say I've been influenced by Flannery O'Connor, Norman Mailer, and Don DeLillo, I decided to write about them openly and invite young writers to explore the work of folks that had a huge impact on me before I moved to the United States or picked up my first Bizarro novella.

I devoured stories by Edgar Allan Poe and H.P. Lovecraft in my early teens. I was also mesmerized by the violence, horror, and humanity present in post-apocalyptic novels (my holy trinity: Robert McCammon's Swan Song, Pat Frank's Alas, Babylon, and George R. Stewart's Earth Abides). However, the books I wanted to write were different. They were scarier and filthier and weirder. The books I wished I could someday write were like those of the following authors:

You can say whatever you want about this man. You can explain to me how his oeuvre is full of ups and downs. You can pick certain novels and show me plot holes, mediocre dialogue, and other flaws. All that won't change a simple fact: King has probably shaped as many, if not more, generations of horror writers than anyone else you can name. For me, reading his work was like going to class and learning about how to create atmosphere as well as immersive narratives. I liked that there was always something off in the people and places described. I also learned that an author could stay true to his or her voice while writing about twisted humans or killer cars. It didn't matter if there was a murderous clown, a young, troubled lady, a cemetery, or an aggressive dog involved; I always knew when I was reading King, and I wanted that cohesiveness in my own writing. 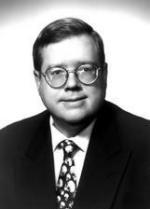 Discovering Laymon was like opening a door in a basement and finding a box of porn magazines, a loaded gun, and a few joints in a sandwich bag. King was everywhere and my friends were reading him or at least watching the movies based on his books. Laymon was different. He was darker and dirtier and sexier and gorier and I loved all of it. From Laymon I learned how to make readers care about characters...and then bash their teeth in with a dirty brick. His work featured killers and vampires and cute girls running around in skimpy clothes. He was horror with a level of wit and pulp that I hadn't experienced before, and I learned that the combination of those elements worked really well. I read Endless Night and thought "Fuck, this is what horror is all about! I need to write like this!" I also learned about the importance of pace from novels like Island and One Rainy Night. I learned that horror could be as fun and as weird as you wanted from Funland. Before I met a lot of fellow horror enthusiasts, Laymon was my thing, a private pleasure, a gem only the initiated had access to. To this day there is a large shelf full of thick Laymon paperbacks in my parents' house. They are tomes I will revisit at some point as a refresher course if this writing thing gets too complicated. 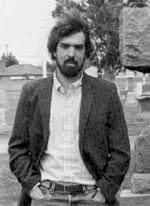 The thing about Little, he was easy for me to understand, but I still thought he was a genius. He took normal things and places and started twisting them until only unease and creepiness were left. A store, a neighborhood, a room, a consultant, a house, a mailman; everything could be turned into something strange and scary. I read his novels and learned that you didn't have to write monsters or get bloody on the first page. Instead, Little taught me you can build up to creepy weirdness, and once you're there, you can explode. He also taught me that nothing was off limits when writing horror because something as innocuous as a homeowner's association can be turned into something diabolical.

Thanks to these great authors, my love for horror grew and grew. I eventually learned from others. Now I'm lucky enough to have the opportunity to call the great Brian Keene mentor and to get one-on-one lessons about writing from incredible authors like John Skipp and Jeremy Roberto Johnson, but King, Laymon, and Little will forever be the eager teachers that set me on the right path when I was still in school.

If my early teens were spent reading horror, my late teens, when I was already writing short stories and poetry, were spent reading crime. A lot of it was mediocre and taught me nothing except that the formula can get you published, but there were also important lessons. Here are the four authors from that time that are still with me when I write. 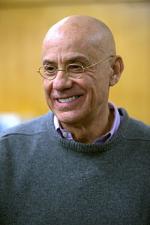 Man, what can I say about Ellroy that hasn't been said yet? I started reading him and the way I understood pacing and economy of language changed forever. I lost my fear of using slang and being brutal. I knew I could do whatever I wanted when writing horror, but Ellroy showed me the same was true for crime. His work was fast and fun to read and dark and violent, and crime writing that didn't have those elements didn't work as well, so I started to try to write like him. (How many crime authors went through a stage like that? Haha.) 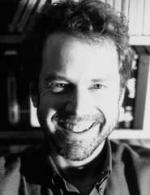 "Who?" That's the answer I usually get when I bring Baker up in conversation. You see, I was already aware that, if I ever wrote in English like my favorite authors did, I would be doing so from my place smack in the middle of Otherness, and while JRB wasn't brown like me, he was a homosexual, and he got a lot of hate for that. If you haven't read him yet, I suggest you do so. He was a master of fast-paced action and made his characters gay, so they always had to deal with a lot of shit on top of whatever was happening to them besides being different in an intolerant country. And keep historical context in mind: my favorite of his novels, Testosterone, was published in 1985. Yeah. In any case, I love the fact that I learned how manly and ballsy crime fiction could be from an author who was basically driven to suicide for being gay. 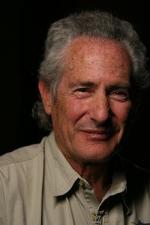 I have an illustrated version of Perdita Durango. I think I've read it four times and take a look at it once in a while. Hell, I'm gonna read it again this year. I was reading a lot of American authors, and here comes Gifford with his Spanish and darkness and love stories and pure storytelling chops and amazing characters that I could relate to, and magic not unlike the kind I'd grown up surrounded by. Gifford could riff on things and hold your attention. He could also let dialogue carry the narrative. I read and learned, and some of the Spanish in Zero Saints is probably there because I knew that if it was okay for Gifford to do it, it was okay for me to do it.

I can't imagine what my writing would be today without the work of authors that came to me later. I'm talking about folks like Laura Lee Bahr, Joe Lansdale, Cody Goodfellow, and many others. Which writers helped shaped your young mind?

I discovered James Ellroy right around the same time, and for a while I too was obsessed with trying to write like him. Haven't read any of his latter-day works after The Cold Six Thousand though, have you read Perfidia and if so is it worth a go?

Also good to see Barry Gifford get some love. I tore through Sailor and Lula: The Complete Novels and man, there were a couple moments in there that really got me.

Hello everyone! I decided to read this post and found tehre many new things. I think this information can be helpful for many people. By the way, if you see that writing papers is a difficult taks for you then you can apply to the college essay topic help and get all the necessary information about how to write papers rightly.

I had read this article it so informative and I enjoyed it too. Horror story of Stephen King is very interesting. You can also buy these types of horror book from amazon and amazon advertising agency is advertising more other book which related to it.

Great discussion here and To create a relationship that cannot be conveyed through words, only through video. Animated Explainer Video takes several steps to produce one video that blends everything together.

A very interesting horror story, our professional dissertation writers are also experts in it, and they can also write these types of horror stories for you. For our new customer, we are providing the discounts offer for them, so don't wait and click on Dissertation Writing Ace.

My math class is a perfect example of this, I always have no idea what's happening or gonna happen next. So, I take help from Coursework Writing Services UK to write my math assignments.

I have bookmarked your website because this site contains valuable information in it. I am really happy with articles quality and presentation. Thanks a lot for keeping great stuff. I am very much thankful for this site. Let update a lots amazing thing on your article. Visit link Pass PSE-StrataDC Exam Braindumps