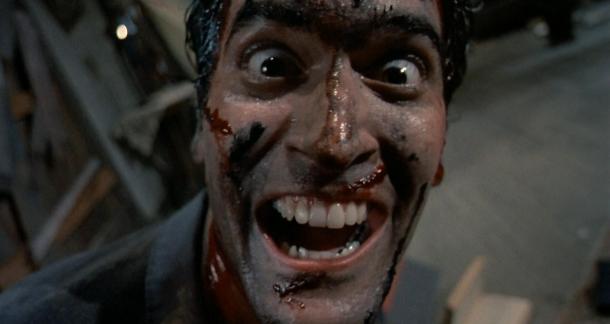 Horror and comedy have been unlikely bedfellows ever since we started telling stories. Take Shakespeare and the way he carefully juxtaposes the comic and tragic throughout his plays. Of course, with the exception of erotica (and that’s a post for another day), horror and comedy are the only two genres that demand a physical reaction from the reader. And there’s a thin line between generating a laugh and fear, hence the old adage “if you don’t laugh, you’ll cry”. In horror comedy the modus operandi is to elicit both. There are many different ways to tackle horror and comedy, within fiction. Here are just a few.

Horror That Takes It Too Far And Then Some

This is a particularly popular approach within bizarro. Take a ridiculous premise, amplify the absurd and watch it unfold one folly at a time. If you’ve been to any live This Is Horror events presented by Jasper Bark you’ll be unsurprised to know his fiction can fit firmly into this camp. Stuck On You and Other Prime Cuts, his collection from Crystal Lake Publishing, is one such example. Unapologetically over-the-top Stuck On You even comes with a back cover disclaimer, “Do not buy this book, gentle reader… This is the sickest, filthiest and most horny novella you’re likely to read this year. It will turn you on even as it turns your stomach. Think you’ve seen everything there is to see in horror and erotica? Think again! Just when you think this story can’t get any lower it finds new depths to plumb.” The titular ‘Stuck On You’ concerns adulterous husband Ricardo and the predicament he finds himself in when he wakes up, post-coital, attached to a corpse. It’s a strange story that seldom suffers from unbelievable plot logic, but Jasper delivers just enough to keep the reader with him (though perhaps not the reader’s stomach) throughout.

I asked Jasper for his take on the close proximity of horror and comedy, here’s what he said.

Horror and humour are closely aligned because they are genres that are purposefully designed to bring about a specific emotional response, to either amuse or to horrify. Horror is often humour that has turned jet black causing the laugh to catch in the back of your throat and transform into a terrified scream.

If you have a good time with Stuck On You, you’ll also want to check out Jasper’s take on the zombie novel, Way of the Barefoot Zombie.

Let’s begin with a textbook definition:

A black comedy (or dark comedy) is a comic work that employs farce and morbid humour, which, in its simplest form, is humour that makes light of subject matter usually considered taboo. Black humour corresponds to the earlier concept of gallows humour. Black comedy is often controversial due to its subject matter.

Black comedy can take two forms. A more horrific approach such as Anthony Burgess’s classic, A Clockwork Orange, or a more outrageous tongue-in-cheek comedy-centric approach as per Adam Millard’s ‘festive classic’ The Human Santapede. To see the close link between horror and comedy, and to distinguish between the two types of black comedy one needs only look at The Evil Dead and Evil Dead 2. After the deft black humour of the original, Sam Raimi adopted a more obvious ‘boomstick in the face’ approach to horror-comedy with the sequel.

The way in which one spins a story can often be the difference between comedy and horror. It’s the telling of the tale that determines the genre. Take for example the British television comedy from the 1970s, Fawlty Towers. It follows the short-tempered, put upon hotel manager Basil Fawlty, his bossy wife Sybil, and blundersome Spanish waiter, Manuel. A comedy of mishaps and unfortunate incidents, we are complicit in laughing at the inept hotel management, the mistreatment of Mr. Fawlty’s employees, and Basil’s own mid-life crisis and marital breakdown. With farcical scenarios, larger than life guests and plenty of one-liners, Fawlty Towers is rightly cited as one of the best British television series of all-time. But filmed with a different mindset – one in which a light is shone on the injustices inside the hotel – we could have been left with one of the bleakest television series of all-time. Basil Fawlty aspires to be a high-class hotel manager, at the upper echelons of society. His inability sees him mentally breakdown, as he spirals deeper into despair, taking out his own shortcomings on his staff, not least his xenophobia and physical abuse towards his waiter. Similarly, had Kubrick decided to take a lighter more cabaret approach, The Shining could have been a comedy. If you’re looking for a creative writing exercise in horror comedy why not take a scene from The Shining and rewrite it as a comedy?

Back in November last year I hosted a podcast on horror and comedy with the aforementioned Jasper Bark and author of the forthcoming zom-com Stealing Propeller Hats from the Dead, David James Keaton. Here’s what he had to say about the relationship between horror and comedy.

Although horror and comedy should logically be married by their visceral, reaction-based qualities (or at the very least be considered kissing cousins), there continues to be a resistance today to even the most deftly blended examples of these genre hybrids. It's not uncommon to hear a reader or reviewer complain, ‘It couldn't make up its mind!’ Well, something so clearly insane will never make up its mind. But maybe give it a little more room for the mess it makes, as these things have been known to eat and laugh at the same time.

David is one of the best new voices in horror comedy. Not only is he unapologetic about breaking rules, he’s unafraid of writing a new set of rules and starting all over again. The Last Projector, released in 2014, is packed full of pop culture references, absurdity and genuine laugh-out-loud moments.

It’s important the reader relates to comedic fiction if the author is to generate the desired effect. Of course, this is the case with any genre, but it’s vital that on some level there is a connection – however abstract – for the reader to laugh. Max Booth’s latest release How To Successfully Kidnap Strangers is rammed full of relatable moments, both for me as a publisher and human being. I started collecting quotes that resonated with me from Booth’s new book and found I was picking up multiple lines per page. “Every second he didn't spend progressing his publishing company and his own writing career was a second he might as well have spent in the grave.” We nod and laugh at these moments of connection. Similarly just a funny turn of phrase is sometimes enough to tug at the laughter chords: “he was the founder of his own publishing company and he couldn't even afford a fucking Pop Tart.” How To Successfully Kidnap Strangers is part industry advice and partly the story of someone who’s intoxicated and kidnaps his number one critic. FYI, that isn’t the bit I relate to… honest. Max is an expert at short, sharp laugh-out-loud dialogue. Sometimes crude, sometimes witty, always funny.

“My screen’s dirty. Can’t see shit.”
“Have you thought about cleaning it?”
“I tried that once. The phone was destroyed.”
“That’s because you tried washing it in the sink.”
“How the fuck was I supposed to know?”

Max weighs in on writing dialogue for comedy:

The funniest dialogue comes from reactions. It must sound natural, like a fast ball landing in the nest of a mitt. Anything that sounds like a joke most likely won't hit well. Always pay attention to the way people talk and keep these observations in a safe spot.

There are a lot more areas and facets of horror comedy. Sadly this column doesn’t afford me the space to cover everything. Goodness, even a book on the subject wouldn’t offer a complete account. So with that in mind let’s end with some further reading. Some titles are straight-up horror-comedy, others are less clearly defined, providing funny moments rather than neatly fitting the ‘comedy’ label, but all have something to offer the discerning horror-comedy reader.