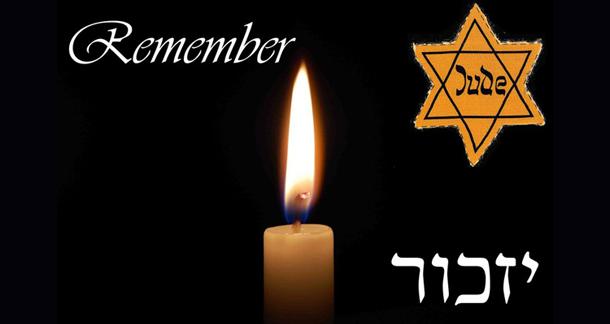 I was only ten years old when neighborhood kids tried to destroy my local synagogue. They smashed to bits all the windows and glass doors within their reach. They defiled the rough exterior bricks and smooth, interior walls with blood-red, crudely spray painted Swastikas. I wasn't supposed to be at the synagogue that day; my mother tried to protect me from the sight of it. But I saw it anyway.

I can't think of a singular moment that's shaped me, as a person and as a writer, more than the sight of our synagogue on that sun-drenched afternoon.

Though we weren't overly religious, the synagogue was a second home to my family and me. I attended Hebrew School there (I hated it...but that's a story for another day). My brothers both had their Bar Mitzvahs there. On the High Holy Days (Rosh Hashana and Yom Kippur), we'd spend entire days, it seemed like, within the confines of its walls and front lawn. My childhood memories are full of the deep, rumbly voice of our Rabbi, or the sound of dozens of people singing the Sabbath songs.

After the day of the Swastikas, I couldn't face the sight of the building. Over the objections of my mother, I quit Hebrew School, and after a while we all stopped attending weekly services. For a few years we continued going on the holidays, but even that tapered off in the end. All at once the building that had once been a second home became little more than an emblem of my lost childhood, smashed to bits like Santa Claus or the Tooth Fairy.

Writers are strengthening the legacy of the survivors, and they're helping future generations to remember the past...

It's been 75 years since Kristallnacht, the Night of Broken Glass that kicked-started the Holocaust. Though Hitler's Final Solution of killing all the Jews in Europe had not yet begun on that cold November night, soldiers and citizens alike terrorized the Jews of Germany and Austria. They smashed to bits the windows of Jewish businesses and synagogues. They burned down buildings owned by Jews. They beat Jewish men and women bloody on the streets.

Maybe it was beautiful.

Me? I've seen something like it, the sun glinting off the broken glass before a holy place. I can tell you from experience: it was the ugliest thing I've ever seen.

Sometimes I wonder if I'm the only one who feels this way.

People died on the streets. They died in crude beds made of wood and straw. They died crying for mothers and fathers already dead. They died holding their children's hands.

Nothing scares me more than the idea of another Holocaust.

Sometimes I wonder if I'm the only one who feels this way.

But maybe, just maybe, I'm not.

It's been 75 years since the Holocaust began, and the survivors are dying. With them die their memories, their experiences.

But an amazing thing is happening: we're not forgetting. Today's writers are not forgetting. In fact, they're doing the opposite of forgetting, and they're sharing the memories of the past in new and enlightening ways. Many of today's writers have internalized the stories of mass destruction, and a slice of of today's fiction market is shaped by them. Writers are strengthening the legacy of the survivors, and they're helping future generations to remember the past as it was, as it shouldn't have been, and as maybe it didn't have to be.

Take Jonathan Safran Foer, for starters. Nowadays he spends his time not eating animals and playing with experimental fiction, but his journey as a writer began with an actual journey. A Holocaust-related journey. His first novel, Everything is Illuminated, was the only-slightly-fictionalized account of his journey to discover his grandmother's shtetl in the Ukraine, destroyed by Nazi soldiers during the war. The book is brilliant. It's heart-wrenching. And it wasn't published in the 1950s, when memories of the war were still fresh. It came out in 2002, less than twelve years ago.

The Book Thief by Markus Zusak, the story of a little girl whose adopted family shelters a Jew during the war, was published seven years later. Last year, it was made into a major motion picture. Zusak, an Australian of German and Austrian descent, was born in 1975, but he's telling the tales of the countries his parents left behind.

The Boy in the Striped Pajamas by Irish novelist John Boyne came out a year later. It shares the story of two little boys whose lives are shaped by a concentration camp during the Holocaust. Boyne wasn't there either, but he's spreading the word about the terrors, honoring the survivors...and the victims.

Then this year I read something even newer. Ramona Ausubel's 2012 novel, No One Is Here Except All of Us, a beautiful, lyrical account of a village, much like Safran Foer's grandmother's, that finds a little magic that almost saves them from Nazi invasion and destruction. It blew my mind.

Writers are not forgetting the Holocaust. In fact, they're often doing their part to save the memories of our forefathers and mothers, even when they're changing the stories to make them into something new. The real history is crazy enough; leave it to writers to take something terrible, add a little magic, and create something beautiful.

I said earlier that I wouldn't be the writer I am today had it not been for those boys, those Swastikas, and those broken windows. It's true. Like the writers above, the stories I tell are shaped by the Holocaust, even when they have nothing to do with it.

I write about governments that come into power in abrupt and jarring ways.

I write about needless destruction on a massive scale.

I write about the simple pleasures that keep a person sane when faced with the end of times.

Maybe it's masked by a faraway planet or a zombie apocalypse, but these are some of the things I think about when I open my computer and begin to type.

It's good to know, though, that I'm not alone.

Last week a news article on USA Today went viral. It accused the Ukrainian government of supporting systematic registration of Jewish citizens, and it was shared at least a dozen times on my Facebook feed. I shared it too, with the simple caption of, "Please, dear God, don't let this be true."

Thankfully, it wasn't. The perpetrators of the so-called governmental call for registration were merely local thugs, looking to stir up trouble.

Does that sound familiar, though? Weren't the Nazis at some point just local thugs?

Maybe we'll never again see genocide on the scale in which it took place during the Holocaust, but I'm afraid we will. Genocide is still very real. It's happening right now, around the world, on smaller scales perhaps, but still. It's happening.

But maybe, just maybe, if we writers continue to write about it enough, if we tell the stories enough, maybe that'll be enough to keep it from spreading. Maybe one day we can even help stop it.

This weekend is Holocaust Remembrance Day. On Sunday night or Monday morning, maybe, just maybe, if we all take a moment to remember, and to write about it, maybe one day we'll be the difference between peace and genocide.

It is happening today, for instance what jews do to the palestinians.

Don't go there, Plintuy. There is no systematic, organized mass murder of Palestinians by Jews. There is an ongoing conflict with casualties on both sides. It's not at all the same.