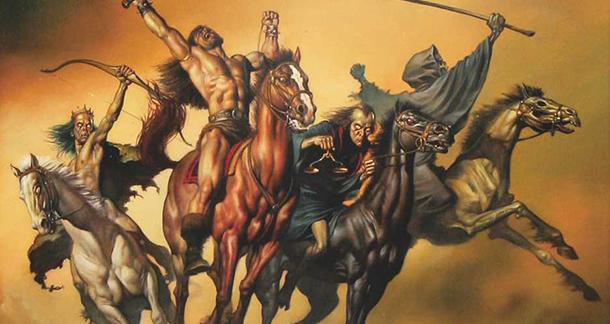 Header: The Four Horsemen of the Apocalypse by Boris Vallejo

I’ve talked a lot about mythology in my columns and yet I’ve neglected to tackle Judeo-Christian mythology. Whether you’re a believer or not, whether it’s real to you or just fiction, there are mythological elements to the Biblical stories that rival some of the best fantasy stories.

In honor of the holiday season which is itself a mix of religious and pagan elements, here are some mythological highlights from the Biblical tradition, as well as a few examples of stories that draw on them. 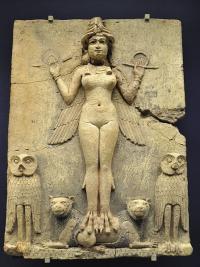 If you’re old enough you may know Lilith as the symbol for the Lilith Fair music tour from back in the late 90s. Lilith isn’t technically in the Bible, but she is a part of the Biblical apocrypha and part of the Jewish tradition.

The first references to Lilith in Jewish scripture seem to label her as a demon. In fact, the Songs of the Sage in the Dead Sea Scrolls includes her on a list of monsters. However, in the period between the 8th and 10th century CE, a story started to appear of Lilith as being Adam’s first wife. Unlike Eve, who was created from Adam’s rib, Lilith was created from the same clay as Adam. As such she claims to be equal to him and refuses to submit to her husband, justifying her role as a feminist icon. God, unfortunately, doesn’t like this and replaces her with Eve.

Other stories have her being the consort of demons and birthing even more. She has been paired with such mythological big bass as Asmodeus and Satan.

One of the most well-known Lilith stories is in Neil Gaiman’s Sandman series from Vertigo. In issue 40 of the comic, “The Parliament of Rooks” (later collected in Fables and Reflections), the characters who live in the Dreaming take turns telling stories and Eve tells the story of the three wives of Adam, including Lilith.

Steven Brust also includes Lilith in his novel, To Reign in Hell, where she is romantically involved with both Satan and Lucifer.

We all know a bit about angels and they feature in a lot of stories this time of year. They are the winged servants of god, his harbingers and messengers. Angels announced the birth of Jesus. In the Islamic tradition, the Archangel Gabriel appeared to Mohammed. Angels seem almost ubiquitous, but only three are actually named in the Bible — Michael, Gabriel and Satan/Lucifer (who of course started out as an angel). Apocryphal texts add more, of course.

Angels make great fodder for fantasy books since they aren’t described in great detail. They can be gendered or sexless. Flawed and fallible or poised and perfect. Guardians of Man or jealous has-beens. There’s no one true depiction of angels, so they can be taken in different directions.

The television show Supernatural has made great use of angels, most notably with Castiel, the Winchester Brothers’ guardian angel. The most recent season is focused on angels, almost all of which were forced out of Heaven. This means a lot more angels hanging around on Earth. And that’s not a good thing.

Tad Williams’ most recent books, in the Bobby Dollar series, tell the story of the angel Doloriel, a kind of soul advocate, arguing for the dead on the side of Heaven. The latest book, Happy Hour in Hell, raises the stakes by taking Doloriel to Hell to try to rescue his demon girlfriend.

Not really a separate topic, the Nephilim are the mythological offspring of angels (the sons of God) and humans (the daughters of Men). In Genesis, it’s mentioned that angels had children with human women. In Numbers, the Nephilim are described as giants.

The idea of Nephilim is a central part of the Sandman Slim books by Richard Kadrey. Stark, the eponymous Sandman Slim, is a Nephilim, the son of an angel and a human. This gives him immense power and a facility for magic. It also makes him a favored target of both angels and demons. Thankfully, he’s hard to kill.

The Mortal Instruments series by Cassandra Clare draws on angel lore and the Shadowhunters, monster hunters, the heroes of the series, are Nephilim descended from those who drank the blood of the angel Raziel. 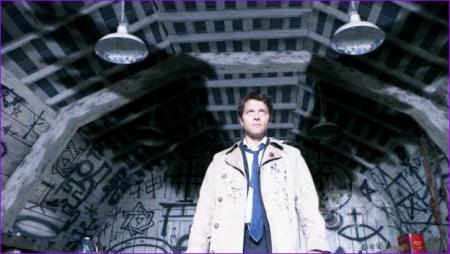 The Four Horseman of the Apocalypse

The only purely Christian item on this list, the Four Horsemen are mentioned in the Book of Revelation. As you probably know, Revelation predicts the end times of Christian belief. Part of that includes the breaking of seven seals. Four of the seals summon a horseman. Conquest, War, Famine, and Death (Conquest is sometimes given as Pestilence). Their job is to bring about the final judgment. To bring about the apocalypse (which is the Greek word for “revelation”).

I think one of the things that makes the Four Horseman so great is the language used to introduce them. Here’s what Revelation says:

I watched as the Lamb opened the first of the seven seals. Then I heard one of the four living creatures say in a voice like thunder, "Come and see!" I looked, and there before me was a white horse! Its rider held a bow, and he was given a crown, and he rode out as a conqueror bent on conquest.

When the Lamb opened the second seal, I heard the second living creature say, "Come and see!" Then another horse came out, a fiery red one. Its rider was given power to take peace from the earth and to make men slay each other. To him was given a large sword.

When the Lamb opened the third seal, I heard the third living creature say, "Come and see!" I looked, and there before me was a black horse! Its rider was holding a pair of scales in his hand. Then I heard what sounded like a voice among the four living creatures, saying, "A quart of wheat for a day's wages, and three quarts of barley for a day's wages, and do not damage the oil and the wine!”

When the Lamb opened the fourth seal, I heard the voice of the fourth living creature say, "Come and see!" I looked and there before me was a pale horse! Its rider was named Death, and Hell was following close behind him. They were given power over a fourth of the earth to kill by sword, famine, plague, and by the wild beasts of the earth.

Perhaps the most recent of the appearances of the Four Horsemen comes in the ridiculously enjoyable television show, Sleepy Hollow. In that show, the Headless Horseman is actually the Horseman Death and he seeks to reunite with his brothers to begin the apocalypse.

East of West, an Image Comics series written by Jonathan Hickman with art by Nick Dragotta, also deals with the Four Horsemen, or in this case, the Three Horsemen, since one of them has been killed. A science fiction western, East of West is a delightful mix of genre tropes written by one of the best writers in comics.

What Judeo-Christian myths do you find fascinating? Have you read anything that draws on those sources? If so, sound off in the comments.

The Sandman, Vol. 6: Fables and Reflections

I enjoyed Supernatural's adaptation of the Four Horseman, especially War because I'm a big fan of Titus Welliver and red Mustangs.

the symbolism used in revelations for apocalyptic visions has always fascinated me. it's similar to alchemy and its writings/images in that it is conveying a secret through symbolism.