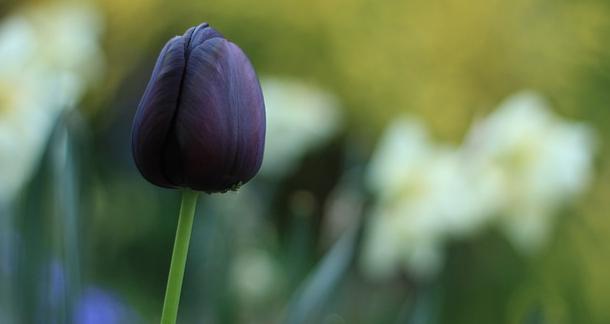 “It has been my happiness to start many earnest searchers on the endless trail, and it is my boast that I have disrupted more homes than all the divorce courts in the land,” Vincent Starrett wrote in a 1925 Saturday Evening Post article titled, "Have You a Tamerlane in Your Attic?”

A Stupid Tale of a Stupid Monarch 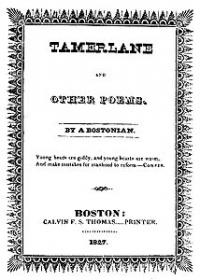 The slender, homewrecking volume that Starrett refers to is Edgar Allan Poe’s first printed work, published by the relatively unknown, 18-year-old printer Calvin F.S. Thomas in 1827 as Tamerlane and Other Poems. Poe himself was also 18 at the time, and didn’t put his own name to the pamphlet of poems, publishing it under the anonymous authorship of “A Bostonian.” The work itself isn’t critically considered to be Poe’s best, and it may have been written anonymously to avoid detection by his foster family, the Allans. Starrett memorably refers to the title poem as “a stupid tale of a stupid monarch.” However, the rarity of this printing and the later notoriety of its author have made it one of the most valuable books in American literary history.

According to the Edgar Allan Poe Society of Baltimore, no copy of the 40-page 1827 pamphlet was known until 1876, when one was found in the library of the British Museum, where it had been sent as part of a miscellaneous collection of American books in 1860. Estimates as to the number of copies in existence range from fewer than 40 to 200. Christie’s website states that only 50 copies are thought to have been printed. Starrett’s popular article was written when only four were known, and it flushed out a startling five or so more copies, including one held by a woman in Worcester, Massachusetts, who received $14,000 for it at the time in the 1920s, and a worn copy that was sold at Christie’s in 2009 for $662,500.

A Lucky Discovery and An Unsolved Theft

There are 12 known surviving copies of Tamerlane today, with the twelfth having been discovered in 1988 in a New Hampshire book barn. It was located within a bin of pamphlets on fertilizer and farm implements, and the finder (who wished to remain anonymous) paid $15 for it. David Redden, the senior vice president of Sotheby’s and head of its books and manuscripts division at the time, declared that the pamphlet was aged but in good shape, and unharmed by its sojourn with the farm pamphlets. The University of Virginia, another owner of an exceedingly rare Tamerlane, was not so lucky.

In 1973, a daguerreotype of Poe, one of only eight in existence, was reported missing from the university's McGregor Room vault at Alderman Library. Since it was not unusual for objects in the archives to be misfiled, its disappearance did not initially set off alarm bells. When other valuable items began to vanish as well, an audit of the collections was triggered along with the realization that over 50 items were missing, including the library’s copy of Tamerlane. With no clear timeframe for when the objects were removed and minimal security that gave broad access to the collections, the trail was cold from the start. To this day, the theft is unsolved.

So where might one find one of these extremely rare copies? It’s all speculative, of course. There could be another innocent-looking book bin in a barn somewhere in New England, or a box of dusty volumes at an estate sale. The printer, Calvin F.S. Thomas, held his office on what is now State Street in Boston, and is believed to have died in Missouri without any other known book imprints to his name. Starrett mentions with skepticism that Poe himself may have had some of the copies destroyed for reasons unknown. Either way, even Poe didn't appear to own a copy of his earliest work.

“Frankly, I have stopped looking for the thing,” wrote Starrett, claiming to sleep better at night for his choice while admitting, “Well, they do turn up.” A few unknown copies of this slim volume written by a moody teenager in the early nineteenth century might still be floating out there in the ether. This of course begs the question—have you a Tamerlane in your attic? Please tell us if you do in the comments, or if you think you've seen one. If the latter, don't fret; just tell yourself it was probably a cheap copy of The Tempest or something by Tennyson.

Get Edgar Allan Poe: A Critical Biography at Bookshop or Amazon

Header image is free for commercial use from Pixabay. Image of Tamerlane cover is in the public domain.

Tips for the Aspiring Rare Bookseller: An Interview with Kenneth Welch of Serpentine Books

I really like your blog. Great article. It's most evident, people should learn before they are able to https://slotjap.com/