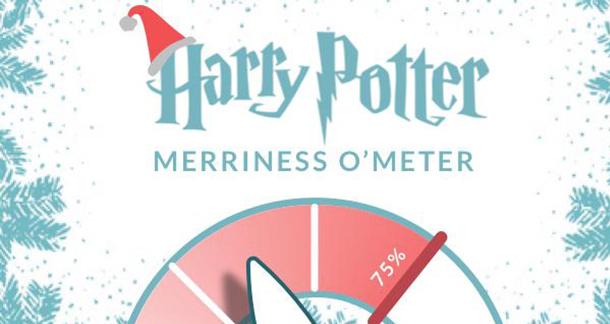 Christmas is in town and everyone’s gleeful, putting up decorations on Christmas trees… unless you’re Harry Potter, who is not a normal teenager. Poor Harry has experienced some pretty traumatic Christmases over the years, since the day also happens to be a plot point that figures pretty importantly in Rowling’s narrative arc.

But how do all of Harry’s Christmases compare to one another? And, more importantly, does Harry ever get to experience joy on Christmas like the rest of us? We rank all seven from worst to best. 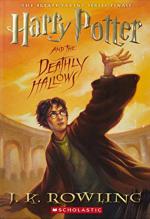 The snow here had become impacted: it was hard and slippery where people had trodden on it all day. Villagers were criss-crossing in front of them, their figures briefly illuminated by street lamps. They heard laughter and pop music as the pub door opened and closed; then they heard a carol start up inside the little church.

Were you cautiously optimistic when you began reading about Harry and Hermione’s visit to Godric’s Hollow on Christmas Eve? Sigh. So was I. It both breaks and warms my heart when Harry finally comes face to face with his roots by visiting the graves of his parents and the home where they lived for just over a year together.

But even during those scenes, the quiet tension and feeling of watchful eyes persists and tells us we should’ve known better: this is no holly-jolly night before Christmas. Because before we have time to polish off our eggnog, well… Nagini appears, disturbingly using Bathilda Bagshot’s dead body as a disguise. He lures Harry and Hermione to Bathilda’s home, where he reveals himself and starts attacking them. He then summons Voldemort — who appears just in time to see Hermione save the day by disapparating both her and Harry out of there. To top it off, Harry’s wand breaks in the chaos. Yep. This is one Christmas vacation the Lampoons would probably skip.

Merriness rating: One butterbeer. The graveyard cameo is nice, but the Snakes In A Body moment and the broken wand’s kind of a deal-breaker. 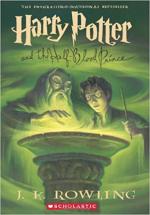 Everybody was wearing new sweaters when they all sat down for Christmas lunch, everyone except Fleur (on whom, it appeared, Mrs. Weasley had not wanted to waste one) and Mrs. Weasley herself, who was sporting a brand new midnight-blue witch’s hat glittering with what looked like tiny starlike diamonds, and a spectacular golden necklace.

‘Fred and George gave them to me! Aren’t they beautiful?’

Chocolates spiked with love potion, and elitist Christmas parties. Ron and Hermione aren’t talking, and Draco is plotting. Werewolves that prey on the children at niiiight… These aren’t a few of Harry’s favorite things!

And Christmas morning only brings more drama: Percy arrives at the Burrow, causing Mrs. Weasley to burst into tears of joy at the sight of her estranged son. But Percy snubs his mother — the sweetest character ever — and coldly explains he’s only come by because Scrimgeour wants to talk to Harry. (Or rather, use Harry to rally public support for the ministry). No treacle pudding for you, Percy.

Merriness rating: One butterbeer. How dare someone disrespect Mrs. Weasley in her own house? 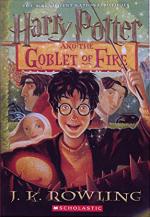 The Hogwarts staff, demonstrating a continued desire to impress the visitors from Beauxbatons and Durmstrang, seemed determined to show the castle at its best this Christmas. When the decorations went up, Harry noticed that they were the most stunning he had yet seen inside the school. Everlasting icicles had been attached to the banisters of the marble staircase; the usual twelve Christmas trees in the Great Hall were bedecked with everything from luminous holly berries to real, hooting, golden owls, and the suits of armor had all been bewitched to sing carols whenever anyone passed them.

Imagine being 14 years old and being forced to get up and dance in front of the crush who just rejected you. Then imagine doing that exact same thing — as Hogwarts Champion in front of practically the whole wizarding world. In this edition of Harry Potter’s Horrible Christmases ft. Teenage Angst and Puberty, Harry suffers silently through a Yule Ball that’s every fraught teenager’s nightmare. It’s something that I wouldn’t wish upon my worst enemy, which means that this Christmas negates even one of J.K. Rowling’s most brilliant inventions: food that instantly appears on your plate when you say its name.

Merriness rating: One butterbeer. Nothing is merry when you’re going through puberty and teenage drama. 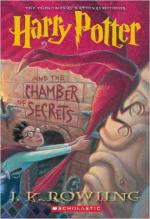 Christmas morning dawned, cold and white. Harry and Ron, the only ones left in their dormitory, were woken very early by Hermione, who burst in, fully dressed and carrying presents for them both.

'Wake up,' she said loudly, pulling back the curtains at the window.

'Hermione — you’re not supposed to be in here —' said Ron, shielding his eyes against the light.

'Merry Christmas to you, too,' said Hermione, throwing him his present. 'I’ve been up for nearly an hour, adding more lacewings to the potion. It’s ready.'

Harry spends Christmas as Goyle. In case that’s not enough to convince you that this Christmas sucks… there’s more. Let’s quickly run through this clusterfest of a Christmas Day:

Firstly, Hermione wakes up the gang early, so that Harry doesn’t even get to sleep in.

Ron and Harry drug two of their fellow classmates and stuff their bodies into the nearest empty closet. Why? To make a potion that’ll allow them to steal their classmates’ identities for a day. Reminder: they’re only 12 years old.

Oh, and Hermione, Harry’s best friend, grows whiskers and actual cat ears that stick around for couple of weeks.

To make the day even more depressing, Harry fails to get any useful information about the Heir of Slytherin out of Malfoy and needs to be nice to Malfoy for a good 55 minutes out of the day. Yep. Welcome to one of the worser Christmases out there.

Merriness rating: Two butterbeers. They did successfully pull off an advanced potion as 12-year olds! But also, Goyle. 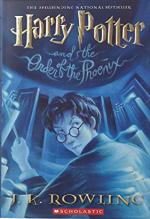 3. Order of the Phoenix

The reception area looked pleasantly festive: The crystal orbs that illuminated St. Mungo’s had been turned to red and gold so that they became gigantic, glowing Christmas baubles; holly hung around every doorway, and shining white Christmas trees covered in magical snow and icicles glittered in every corner, each topped with a gleaming gold star. It was less crowded than the last time they had been there, although halfway across the room Harry found himself shunted aside by a witch with a walnut jammed up her left nostril.

The Christmas in Order of the Phoenix is one of the few Christmases that Harry doesn’t spend at Hogwarts. Instead, this Christmas takes place at Sirius’ and St. Mungo’s, the Wizarding Hospital. Nothing bad occurs per se, but it is just a bit dismal and awkward, especially when Harry, Ron, and Hermione bump into Neville Longbottom at St. Mungo’s. They’re there to pay Mr. Weasley a visit; Neville’s there to see the parents — who were tortured into insanity by Lord Voldemort. An ideal situation for a meet-cute it certainly is not, anyway, which prompts me to place this among one of Harry’s more Siriusly average Christmases.

Merriness rating: Three butterbeers. Harry gets to spend time with a happy Sirius and there are no near-death situations, which counts for something! 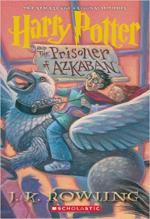 Harry ripped the parcel open and gasped as a magnificent, gleaming broomstick rolled out onto his bedspread.

Ron dropped his socks and jumped off his bed for a closer look.

'I don’t believe it,' he said hoarsely. It was a Firebolt, identical to the dream broom Harry had gone to see every day in Diagon Alley. Its handle glittered as he picked it up. He could feel it vibrating and let go; it hung in midair, unsupported, at exactly the right height for him to mount it. His eyes moved from the golden registration number at the top of the handle, right down to the perfectly smooth, streamlined birch twigs that made up the tail.

I don’t want to exaggerate, but this Christmas was a rollercoaster from the netherworld. Poor Harry gets the gift that every 13-year old boy would die for — a Firebolt — then promptly goes through a kaleidoscope of emotions that would freak out any practicing psychologist: from ecstatic bliss at receiving the broomstick to pathetic confusion when Professor McGonagall arrives to take it away to absolute fury at Hermione for snitching on it. At the chapter’s conclusion, J.K. Rowling doesn’t technically show Harry collapsing into a puddle of tears, but it wouldn’t be surprising.

Merriness rating: Four butterbeers. The joy of receiving a Firebolt still beats getting it taken away, I’d say. 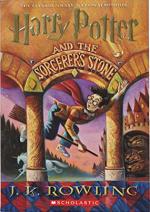 Harry and the Weasleys spent a happy afternoon having a furious snowball fight on the grounds. Then, cold, wet, and gasping for breath, they returned to the fire in the Gryffindor common room, where Harry broke in his new chess set by losing spectacularly to Ron. He suspected he wouldn't have lost so badly if Percy hadn't tried to help him so much.

After a meal of turkey sandwiches, crumpets, trifle, and Christmas cake, everyone felt too full and sleepy to do much before bed except sit and watch Percy chase Fred and George all over Gryffindor tower because they'd stolen his prefect badge. It had been Harry's best Christmas day ever. Yet something had been nagging at the back of his mind all day. Not until he climbed into bed was he free to think about it: the invisibility cloak and whoever had sent it.

The most perfect Christmas ever might very well be Harry’s first at Hogwarts. Almost everything about it is — TWIST! — joyful beyond recognition. The Great Hall is buried under a mountain of food and mistletoe! Ron teaches Harry wizard chess! Harry gets presents for the first time! (Including a knit sweater from Mrs. Weasley, which begins a great yearly tradition.) Harry inherits an Invisibility Cloak! Lest we forget, Harry also discovers the Mirror of Erised and sees James and Lily Potter for the first time ever. That, on top of everything else, is what I’d say makes this Christmas the most magical of all time for Harry.

Which Harry Potter Christmas do you think is the best? How about the worst?