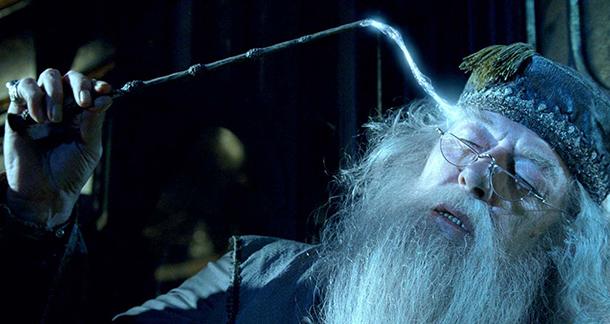 Memory has always been an important element of the Harry Potter series. From Neville Longbottom’s Remembrall in Sorcerer’s Stone to Gilderoy Lockhart’s backfiring memory charm in Chamber of Secrets to the prominence of Pensieves from Goblet of Fire onward, memory as physical object is probably the most fascinating ideology of author J.K. Rowling. She also builds on the idea of memory being vital to the formation of identity over the course of seven books. While there certainly are souls, ephemeral extensions of human existence that go beyond the material body as demonstrated by the likes of lingering ghosts Nearly Headless Nick and Moaning Myrtle, they are established as formed from the whole of a lifetime.

This is never more clear than in Harry Potter and the Cursed Child, the new play and eighth story that, although it is written by Jack Thorne (with story by Thorne, Rowling and John Tiffany), picks up on and cements this overriding theme. Cursed Child is very much dependent upon the pivotal role of memory versus experience, and that is portrayed in two ways: Dumbledore’s portrait and how it helps bring Harry a bit of closure, and the fates and behavior of characters in the two alternate realities that Albus Potter and Scorpius Malfoy find themselves in.

When Harry starts the series he is essentially a tabula rasa, John Locke’s concept of the “blank slate”. Not only is he lacking in memory of his parents, the knowledge he does have is false. Aunt Petunia tells him that his parents, James and Lily Potter, died in a car accident, leaving out the little detail that they were wizards killed by the Dark Lord Voldemort. When Harry is told the truth by Hagrid, there are gaps missing vital details. These gaps can only be filled by entering the memories of others directly in successive books.

'Cursed Child' demonstrates how much it understands Rowling’s work, not just on a plot and character level but from a thematic perspective.

Take, for instance, Tom Riddle’s diary in Chamber of Secrets. It’s an object that has taken the words the young Voldemort wrote down and transmuted them into a simulacrum. Harry is sucked into the diary and witnesses the events that get Hagrid expelled from the school. This introduces the idea of subjective experience of memory, as Harry witnesses events and misinterprets them, thinking young Riddle is trying to help Hagrid when he is in fact framing him for releasing the basilisk. But the simulated construct that is the diary does not lie; with context, Harry would have understood better the scene that unfolded before his eyes.

This subjectivity of memories continues through stories that are told by others. For instance, Remus Lupin and Sirius Black paint their old friends James and Lily as saints. It is only through Professor Snape's Pensieve in The Order of the Phoenix that Harry learns his father was a bit of a bully. Later, in Deathly Hallows, Snape’s memories reveal that he grew up with Lily and they were best friends, only for her to drift away from him at Hogwarts. This cements that interpretation and expression of memory can be communicated subjectively, but the memories themselves always exist as objective texts. Hence, the benefit of the Pensieve and actually being able to enter the memories.

Of course, memories can be altered. The crux of The Half-Blood Prince is that memories that Professor Horace Slughorn has provided to Dumbledore, specifically pertaining to a young Tom Riddle, have been changed. In a pivotal private meeting between Riddle and Slughorn, the former asks the potions teacher about horcruxes. The initial memory that Harry views in the Pensieve has Slughorn denying any knowledge to Riddle and turning him away. Of course, this is a fabrication and Harry is able to convince Slughorn to give up the real memory, taken directly from his mind. This true memory shows that Slughorn gave up everything Riddle needed to know about horcruxes, and its presence forms a good bit of Slughorn’s present-day personality, defining his hesitation to return to Hogwarts as a symptom of guilt.

Finally, in Deathly Hallows Harry summons the spirits of his parents. These spirits have been seen before, emerging in Goblet of Fire out of Voldemort’s wand to stall him so their son can escape. They stand before him, personalities intact and essence contained, connected to the corporeal world by a physical object. Not long after Harry himself “dies”, killed by Voldemort, and encounters Dumbledore in what can only be described as a King's Cross with trains about to depart for heaven. During this scene, Harry asks Dumbledore, “Is this real? Or has this been happening inside my head?” to which the wise old wizard replies, “Of course it is happening inside your head, Harry, but why on earth should that mean that it is not real?” The existence of being a spirit is, therefore, dependent upon a consciousness that is accumulated.

With Cursed Child, there is a very important scene where Harry encounters Dumbledore’s portrait in the hospital wing. Albus is in trouble and Harry asks the painting for advice. After a brief conversation, Dumbledore tells him, “Ah really, what does my opinion matter anymore? I am paint and memory, Harry, paint and memory.” This would seem to close the book on the issue, as the many living pictures throughout the series, from paintings to framed photos to mugshots in the newspaper, haven’t seemed to be anything more but superficial copies.

Professor McGonagall confirms as much, latter telling Harry, “I’ve told you before, portraits don’t represent even half of their subjects.” She goes on to clarify, “A head teacher’s portrait is a memoir. It is supposed to be a support mechanism for the decisions I have to make. But I was advised as I took this job to not mistake the painting for the person. And you would be well-advised to do the same.” But this is seemingly contradicted later, as much like in the earlier books Harry’s adventures are about learning firsthand that his elders don’t always know all the answers. 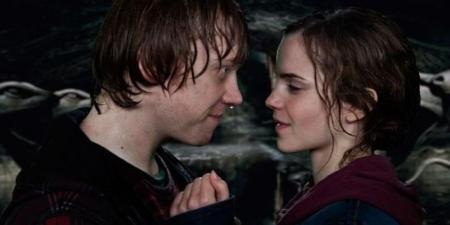 That contradiction is near the climax of the book. As Harry is alone in his office shuffling through papers, Dumbledore appears in his portrait. A heated conversation results, with Dumbledore attempting to reach out of the painting and failing, breaking down in tears and then declaring his love for Harry. Ultimately he tells Harry, “Those that we love never truly leave us, Harry. There are things that death cannot touch. Paint…and memory…and love.” This confrontation and resolution would have no meaning if Harry is only talking to an inanimate painting. It has to be more than “half of their subjects”, the personification of Dumbledore’s spirit, for this confession to bring with it real closure.

Concurrently, there are two alternate realities presented resulting from Albus and Scorpius using a Time-Turner to interfere with the different tasks from the Triwizard Tournament in Goblet of Fire. After preventing Cedric Diggory from completing the First Task, Albus and Scorpius arrive back in a present in which Ron and Hermione married other people. Sabotaging Cedric in the Second Task leads to him being shamed and becoming a Death Eater, with Albus and Scorpius returning to a present where Voldemort still lives and rules the world.

In both realities, however, Hermione and Ron still love one another even though they’re not together. In the first alternate reality they bump into each other on the staircases and have an awkward exchange, with stage direction dictating that Hermione’s “heart leaps a bit too (though she won’t admit it).” They fumble over words, Albus having told them that they’re supposed to be together. In the darkest timeline they’re underground rebels, with Ron a little more bumbling than usual. At the moment of their deaths, Hermione admits her love, saying, “A daughter.” To which Ron replies, “And a son. I liked that idea too.” And Hermione commands him to kiss her, and he does.

Now what’s fascinating about this is that it’s not a product of fate or destiny. The Harry Potter series actually cleverly upends the entire idea of destiny with Harry being a “Chosen One”. It’s a paradox, as Harry can only be the one to kill Voldemort because Voldemort’s attempt at killing baby Harry to prevent the prophecy actually fulfills it by endowing Harry with power. 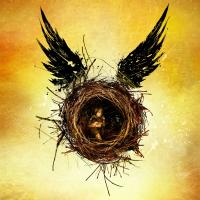 So certain characters becoming completely different people, like Cedric as a Death Eater, demonstrate that it’s not a pre-formed soul that endows personhood. Ron and Hermione already had three and a half years together, so the seed of their love is there. Goblet of Fire, however, is the turning point in the Harry Potter series for many reasons, and one of them is the Yule Ball. Ron not inviting Hermione and her chiding him for it is the first hint of romance between the characters in the books and what gets the ball rolling that leads to their kiss in Deathly Hallows and eventual marriage.

Compare this to the aforementioned backfiring memory charm in Chamber of Secrets. Gilderoy Lockhart’s memory is completely erased, and in Order of the Phoenix Harry, Ginny, Ron and Hermione encounter him at St. Mungo’s Hospital for Magical Maladies and Injuries, in the SPELL DAMAGE wing. Lockhart insists on signing their autographs, although he doesn’t know why, and Harry mutters to Ginny, “Hasn’t changed much, has he?” This would seem to indicate that Lockhart’s personality, his essence, remains intact even minus memories but a page later a Healer remarks, “[w]e very much hope that this liking for giving autographs is a sign that his memory might be coming back a little bit.”

Too often a reductive narrative crux in genre fiction is to lean into the idea that certain characters are meant to be a certain way. Reality itself could be altered and something outside the body, some deterministic concept, would keep them on track. But J.K. Rowling subverts destiny and fate by positing that only existence and the events of a lifetime determine a person. Cursed Child demonstrates how much it understands Rowling’s work, not just on a plot and character level but from a thematic perspective, by continuing this thread.