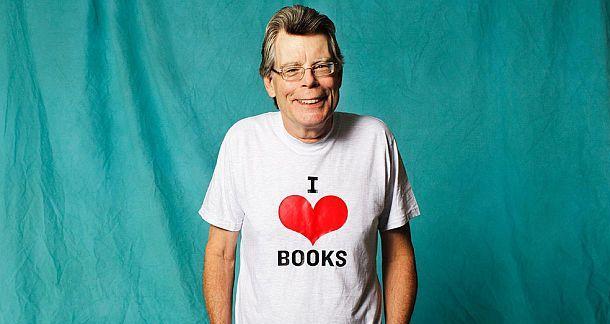 I don’t remember how old I was when I first watched Stand By Me, but I certainly remember how it affected me. I remember the desires it planted into my mind, the desires that still haven’t left my system years later. It confused me at first, because it seemed like it should have been a kids’ movie, but the characters didn’t act like the characters in other kids’ movies. There was no bullshit with these kids. They were honest and real and everything they said resonated with my own life, my own friends. The clubhouse, the secret codes, the abundance of profanities and nudie mags, the utter contempt for older teenagers and adults. And after I watched Stand By Me, I was suddenly convinced my life wouldn’t be complete until I’d discovered a dead body. I convinced my few friends to explore the woods with me in search of this treasure. Fortunately, we never found one, but of course, as we learn in the movie, the real gift is always the adventure itself. Also, we did find a ton of blow-up dolls hanging from trees with nooses around their rubber necks. Still no clue what that was about.

We did find a ton of blow-up dolls hanging from trees with nooses around their rubber necks. Still no clue what that was about.

2016 marks Stand By Me's thirtieth anniversary. I watched it for the first time sometime in the late nineties, and I’ve returned to it at least once a year since. I owe a lot to this movie. Mainly, it introduced me to the best horror writer to have ever lived (feel free to argue this statement in the comments—nobody is going to read them, anyway). When my mother revealed that Stand By Me was actually based on a short novel, and that she owned the collection it was published in, I couldn’t have been more thrilled. I devoured The Body in a day while lying in a blanket of dirt somewhere in the woods behind our house. It wasn’t quite as good as the movie, but it still affected me deeply. I was given a new chance to spend an even longer time with the boys of Castle Rock. I got to know them in a way movies could never allow. At the time, nothing else in Different Seasons seemed very appealing to me (I would later discover just how great the rest of its novellas were), but I was still determined to seek out more work by this Mr. Stephen King Writer-Man. Luckily, my mother owned a shit-ton of King paperbacks, and they were all for the taking.

The Body was my gateway drug to a world of adult horror literature. Sure, before The Body, I was a diehard R.L. Stine and Christopher Pike fan, but their books, they felt like practice for the real thing. After The Body, there was no looking back: I had graduated to the major leagues of horror and I couldn’t have been happier.

Progressing my love for reading horror was not the only thing Stand By Me and The Body succeeded in accomplishing. The narrator, good ol’ Gordie Lachance, also happened to be a writer. As a kid, he wrote short stories to amuse his friends. Into adulthood, he turned writing into a profession. This seemed like the coolest goddamn thing to me. To be able to write stories and get paid for it? What kind of bizarro reality was this kid living in? I desperately wanted to be involved in it.

Now, Stephen King has often been criticized for implementing authors as his main characters, and I can understand why people get sick of it—although I feel like this issue might be heavily exaggerated. When I was younger, I couldn’t get enough of his author protagonists. They inspired me in this weird way to venture out and write my own stories. The Body can be directly blamed for planting the seed in me that would quickly blossom into this lifelong quest of creating as many stories as possible. I wanted to be Gordie Lachance so fucking much. It’s funny now, but man, nothing had ever seemed so serious to me as I watched the movie, read the book. And I still take writing seriously, more now than ever. It’s the most important thing in my life, and it has been since I first put pencil to paper. I imagine this won’t change until Trump eventually gets us all nuked. 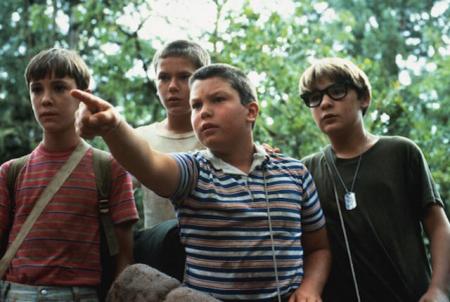 From ages twelve to sixteen, I lived in a motel with my parents. I was withdrawn from school and distanced from my friends. For nearly four years, I spent every day in a motel room. During this time, I stumbled across another King book I hadn’t previously read: The Talisman, co-written by Peter Straub. I read it in two days, and it was perhaps the greatest two days of my life. It’s difficult for me to remember most of the plot now, and I’ve been afraid to revisit it lest some of the initial magic be ruined, but its footprint has failed to leave me. The Talisman begins with a thirteen-year-old boy (my own age at the time of reading) who is living in a hotel (much like myself). His mother is dying and it’s up to him to save her. There is no one else.

"He had never felt so alone in his life."

He leaves the hotel and starts the kind of adventure I had always dreamed about going on back before we lost our house, back when I still had friends and an endless forest to explore. People like to say they get lost in certain books. The Talisman did more than just get me lost. It practically kidnapped me. For two days, I left my own identity and became Jack Sawyer. The Talisman filled me with hope and sadness and beauty and it will always have a place in my heart. One day I might return to it. Even as I type this article, the paperback rests on my desk, calling my name.

Stories matter more than some people think. Stories are the structures that keep us sane. They help us survive in our darkest times. They stand us up and push us through the fire. Sometimes, books are all you need. For me, growing up, Stephen King kept me alive with his fiction. Not only was it a source of entertainment and wonder, it was also an inspiration for my own literary aspirations in life. Would I want to be a writer if I hadn’t discovered King at such an early age? There’s really no way to tell. I have always lived in a world with Stephen King, and I hope this never changes.

Today is Mr. King’s birthday, but it feels like my own. There’s a reason so many people love this man and his work. How long has he kept us all company? How many hours has he been by our sides, keeping us awake, keeping us going?

With much love,
A Constant Reader

This article is damn nice. This is what an article is supposed to look like. I am schooled.

That is very easy process to find set the any device how to fix connections to bluetooth audio devices in windows 10 just follow the some tips.