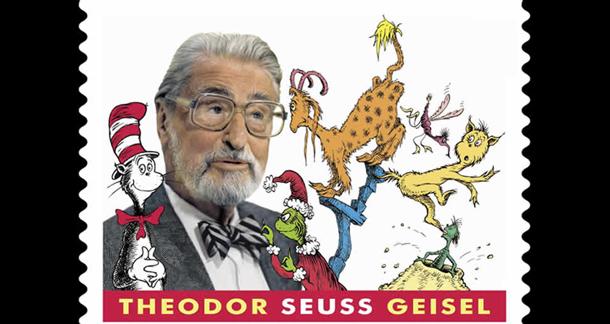 My husband and I were watching Patriot Games a few weeks ago. More accurately, he was watching it while I worked on my laptop—I’d seen it before. But one scene perked up my ears and pulled me out of my work for a moment: Harrison Ford in the hospital with his daughter, a precocious little Thora Birch.

Halfway through the grimly spoken first line, I blurted out, “The Cat in the Hat!”, nearly dropping my MacBook in the process.

For obvious reasons, my husband gave me a funny and mildly annoyed look before returning his attention to the TV.

“I love The Cat in the Hat!” I continued, and proceeded to recite the next line along with Harrison, “All that cold, cold, wet day,” despite the continued glare.

And this is how I learned that my husband has never read The Cat in the Hat.

I peppered him with an uzi blast of other Seuss titles, met only by silence and an increasingly annoyed glare. He’d paused the film.

The film resumed, though I continued to sit, sit, sit, sit there wondering how it was possible someone my age—someone I’d married—could have survived this long without having encountered a story by the Master of Nonsensical Silliness.

My heart ached for his lost childhood.

I heard my first stories when I was too young to make sense of words, and although I couldn’t tell you what that first book was, there is a good chance it was written by Theodor Seuss Geisel.

The first Seuss book I remember was Green Eggs and Ham, that classic tale of the plucky Sam-I-Am’s attempts to entice an unnamed protagonist to eat spoiled, or possibly irradiated, meat. I liked the cover, a robust orange. I liked the idea of eating ham—whatever colour, it didn’t matter—with a fox. I wondered whether this was the same sock-wearing variety of fox featured in another of Seuss’s books. As I became a picky eater, I delighted in countering my mother’s entreaties with “I do not like them, Sam I Am.”

When I pried open the covers of a Seuss book, I never knew what fuzzy creature would pop out of the pages to take me on an adventure.

If you are a writer, and particularly if you are a reader, you likely have a similar story to share.

Yesterday, March 2nd marked Dr Seuss’ birthday. 110 years, an age that feels right at home in the pages of a Seuss book. It’s become something of a national holiday in the US; your local library will likely have festivities and your children will celebrate in school today. For the last seventeen years, his birthday has coincided with Read Across America, a childhood literacy campaign conducted by the National Education Association. Their motto, coined by Seuss himself, is “You’re never too old, too wacky, too wild, to pick up a book and read with a child.”

I’m going to expand upon this, and say that you’re never too old to read Dr Seuss, full stop.

Mine is not the only Seuss column out there today. I’m not going to waste your time talking about things you can read in the NYT or on Wikipedia; I’m here to talk about what made Seuss magical for me.

Dr Seuss made animals—or animal-like bipeds—his stars. An inquisitive child or bored children may open the tale, but count on them to quickly be eclipsed by an anthropomorphically zany talking animal. Little Max, the Grinch’s reluctant and floppy-eared canine accomplice, always managed to steal the show with his big sad eyes, crumpling under the weight of an antler tied to his head or dangling precariously from a sledge runner. The Birthday Bird of Kartoo, a kind of birthday concierge, quickly steals the show from the titular “you” in Happy Birthday to You!, though every word of the text is written to praise and celebrate the reader.

Dr Seuss was wild about hats. Bartholomew Cubbins had enough—500, in fact—to warrant an entire book. The Cat in the Hat’s red-and-white striped stovepipe may have been one of the most famous headpieces in history, and even spawned its own short-lived fashion craze in the ecstasy-laced nineties. Sam I Am and his poor beleaguered victim wore matching floppy hats. Ancillary characters in the background wore wild fascinators. Even the sartorially-challenged Grinch donned a cap to match his hand-sewn red coat for the hoodwinking of Whoville.

Dr Seuss showed that wonder, imagination, and kindness are stronger than fear. Horton had no idea what was happening when a speck of dust first spoke to him, but he accepted it (of course, this is an elephant who had previously hatched an egg), and the book itself was written as an allegory to Geisel’s own anti-Japanese sentiment in the wake of Pearl Harbor. Oh, the Thinks You Can Think and Oh, the Places You’ll Go both taught me that it was okay to think and question, to live big and be myself.

But he also taught me that it’s okay to be afraid. The Once-ler, the reclusive narrator of The Lorax, scared the hell out of me as he told his sad tale from behind the boarded up windows of his dilapidated factory. And he should be a scary character; he was responsible for the near genocide of the poor barbaloots through the destruction of their beloved truffula trees. Thing 1 and Thing 2 were disturbing with their wild blue hair, their turtlenecks, their oompa loompa-like knack for sinister mischief. The Cat in the Hat both caused and mitigated their damage, serving as a gentle, if goofy, buffer for Sally and her brother. And of course, the Grinch himself, built for fear with his too-small heart and sludge-filled soul. Even the Grinch’s most stubborn grinchiness couldn’t withstand little Cindy Lou Who’s quiet inquiry.

Dr Seuss told me that it was also okay to laugh at Mom and Dad. The stern, fishbowl-dwelling parental proxy in The Cat in the Hat repeatedly protests the interloper’s foolishness, and is simply swept up and juggled on an umbrella for his trouble. Hop On Pop, as the title suggests, hardly needs an explanation. My dad would have burned that book if he could.

But he raised me to grow up laughing with Mom and Dad, an idea that seems to be dying out these days. Kids are involved in more after-school activities, playing games and watching videos and television channels that didn’t exist when I was young. Seuss books gave parents a way to bond with their children and enjoy themselves, too, in a way Bob the Builder, The Wiggles, or American Girls never will.

When I pried open the covers of a Seuss book, I never knew what fuzzy creature would pop out of the pages to take me on an adventure. Seuss plopped the hat of one of his characters on my head and invited me into the story. My parents knew I was in good hands when I started reading the books myself, even if it did mean a bit more sass out of my four-year-old mouth. In researching this story (and research sounds like such a stodgy word for it!), I was delighted to discover the feeling hadn’t changed all these years later.

And so, Dr Seuss, a most Happy Birthday to you. As you once told us:

If we didn’t have birthdays, you wouldn’t be you.

If you’d never been born, well then what would generations of children do?

What are your quintessential Seuss memories?