Guilty Pleasures: 6 Pulp Treasures You Shouldn’t Be Ashamed of Reading On Your Daily Commute 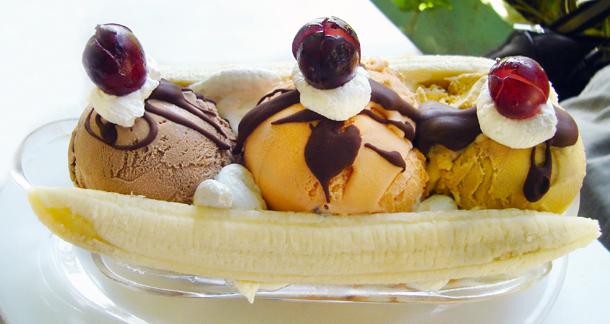 If, like me, you occasionally walk into book stores and libraries just to inhale the scent of print and paper and you endure electronic reading as a necessary evil, you still have to admit that the eBook revolution has brought some benefits trailing in its wake. Primary amongst these is that Kindles don’t have covers: you can read what you like on your daily commute and no one will be able to tell that instead of immersing yourself in the invigorating depths of Proust, you are taking a warm if shallow bath in Dan Brown.

eReaders mean you can enjoy guilty pleasures without risking your reputation as an intellectual, but even if everyone on the 8.20 from Little Soddit to St. Pancreas could see what you were reading, you could crack the spine of these little beauties and still hold your head up high. They might be genre. They might never win the Booker. But they’re still awesome. 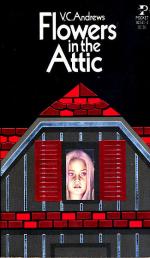 1. The retro guilty pleasure: 'Flowers in the Attic' by VC Andrews

First published in 1979, Flowers in the Attic has already received the full LURID treatment from Karina Wilson, but if you need any further reasons to read it, here are four: incest, rape, small children in peril, mad grandmothers.

Now rapidly acquiring cult-classic status, FitA is available as an eBook, but for full-on guilty-pleasure bravado, hunt down a copy with the original cover design and flaunt it in front of the admiring eyes of your fellow drones. 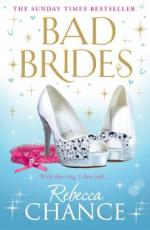 Publishing pundits have tolled the funeral bell for chicklit since the mid-noughties, for reasons which seem to have more to do with the need to fill column inches than make accurate predictions, because while the genre is officially on life support, readers have happily ignored its terminal condition and continue to buy the books in truckloads.

But you don’t need to be a hardened fan of fun, froth and frocks to enjoy the antics of starlet Milly Gamble, newly engaged to folk-rock sensation Tarquin Ormond (yes, he is just as divinely ridiculous as he sounds), and Brianna Jade Maloney, ex-pageant queen who is about to drag the impoverished Edmund, Earl of Respers up the aisle, as they battle to claim the ultimate wedding prize: a front cover story in Style magazine. It’s pure escapist fun and also very funny, with British toffs, Americans with more money than taste, and sleb gossip rags all in Chance’s blisteringly accurate crosshairs. 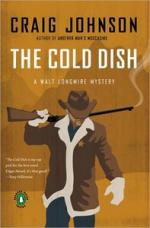 No, chick lit isn’t dead and neither are westerns. While Robert B. Parker cornered the market in light, readable detective fiction with the Spenser series, more recently, Craig Johnson has quietly turned out eight novels about the titular sheriff and his small Wyoming community. Now picked up by A&E and starting its third season this summer (take note nerd-boys: Katee Sackhoff  stars as Deputy Vic Moretti), Longmire demonstrates that setting a mystery series in the back of beyond doesn’t mean it all has to be spurs, steeds and Stetsons. Johnson skillfully blends Old West tropes (grumpy, loner Sheriff, hosses, purty ladies) with modern concerns (date rape, drugdealing, youth unemployment) to winning effect. And if that doesn’t provide sufficient temptation, buy the paper version and let Greg Mollica’s stylish, minimalist cover designs make you the envy of the morning commute. 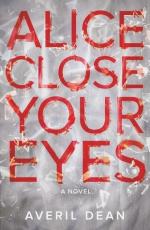 Let’s skip the now almost obligatory reference to 50 Shades for anything written by a woman which has non-vanilla sex in it and instead go directly to The Killer Inside Me, because those, not rooms of pain and handcuffs, are the footsteps in which Alice Close Your Eyes treads. This is a noir, in the best noir tradition: where sex and murder walk hand in twisted hand.

When loner Alice gets mixed up (and for ‘mixed up’ read ‘starts fucking’) with Jack, he gives her this warning: “I can’t figure out if you know what you’re doing. But you want to be careful with me. I’ll fucking eat you alive.”

Alice would do well to listen, but as in all the best noir, she has her own plans for Jack. This is the kind of tightly plotted, intense material that you will devour by the pageful as your latte goes cold and that urgent text from Accounts about your travel expenses goes unanswered. 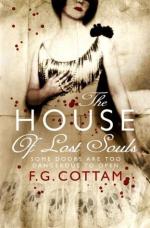 5. The scary guilty pleasure: 'The House of Lost Souls' by F G Cottam

I’m a big fan of the haunted house story so I’m always in the market for new material with which to feed my addiction. Sadly, while this particular motif has inspired some Great Works (do I need to mention House of Leaves or The Haunting of Hill House or The Haunted Dolls' House by MR James? Yes I do), it has also inspired plenty of pale imitations. Little beats the disappointment of hoping to be reduced to a gibbering, white-haired wreck and being reduced to a pile of boredom instead.

Today’s ghost story writer must confront the problem of a diminishing number of scares from which to choose – surprise is the one factor a supernatural story can’t do without. Some go for subtle and ingenious and usually fail. FG Cottam keeps the reader guessing by piling on the tropes so that you cannot hope to guess what is coming next. House that kills if you spend a night in it? Check. African witchdoctors? Check. Secret societies which include Aleister Crowley and Dennis Wheatley in their number? Check. Beautiful debutantes with terrible secrets? Check. Name it and The House of Lost Souls probably contains it, chained up in the basement. Get into this book on the ride home and you will probably miss your stop and find yourself at the end of the line, on a deserted platform, with something unspeakable waiting for you in the shadows. 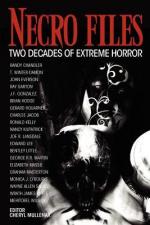 6. The splatter guilty pleasure: 'Necro Files – Two Decades of Extreme Horror'  by Edward Lee, Wrath James White, George RR Martin and every other wonderfully sick-minded writer you can think of

You know that guy? The big one with the greasy suit and the slight odor of cooking fat? The one who shoves his elbow into you for the entire commute? The one who picks his nose and wipes it on the underside of the table? The one who has Howard Wolowitz-style screaming matches with his mother on his mobile? The one that everyone prays will sit somewhere else?

Buy this book. Open it at any page, electronically or paper-wise. Leave it where he can see it.

He will never sit next to you again.

No Mickey Spillane--a little shocked! This list is riddled with cliches.

Joshua Chaplinsky from New York is reading a lot more during the quarantine April 24, 2014 - 12:07pm

Tsk - failed web address too. I was *so* looking forward to checking that one out...

Oooo! I added a couple of these after reading your descriptions. Guilty pleasure books are the best way to unwind on the weekends or just before bed. Especially when I spend Monday through Friday immersed in reading and discussing the classics with my students. I always hate to admit that I've read the Sookie Stackhouse books, but they are so awesomely cheesy.  I've been looking for something to fill the place of that series.

Dwayne from Cincinnati, Ohio (suburbs) is reading books that rotate to often to keep this updated April 26, 2014 - 7:02am

Americans with more money than taste

Are you implying that there is such a thing as an American with more taste than money?  Come on.

The last one looks interesting, Alice Close Your Eyes as well.

I'm a bit iffy about Flowers In The Attic. The trailer for the movie didn't help.:/

Thanks for the article i´ll add Necro Files to my list. I would add to this list America Psycho and Lotlita although this two are better known than the ones you listed and i don´t know if you can call them guilty plesures but they get the same reaction from me as Flowers in the Attic, meaning you fill repulsed by the book or you should but you just can´t stop reading, and you are looking over your shoulder every few pages for any watchfull eye, because you know that if anyone get a glimps of what you are reading they´ll give you this judgemental look or just back away slowly. On a step down the ladder i might be willing to put anything written by Gillian Flynn.

Sara Weaver_2: I agree Alice Close Your Eyes appeals to me but i just don´t want to read anything similar to 50 shades of grey (i couldn´t handle it), i need to know if its more like the Killer Inside Me and i´ll jump right into it.