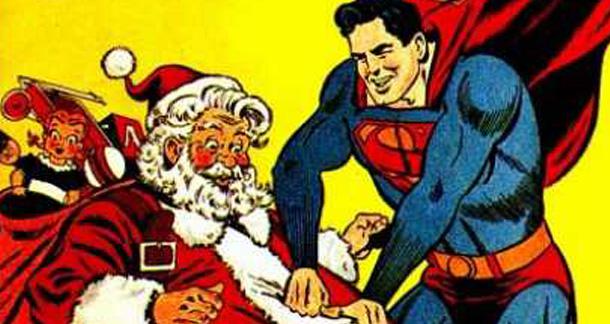 Know some geeks? Of course you do, you can't throw a rock without hitting a geek these days...we're everywhere (it's a whole plan). So if you've got some geeks on your holiday list this year, keep them on your good side by getting them something awesome. There are even some books wedged in here among the do-dads. That's right, I'm bringing back do-dads! 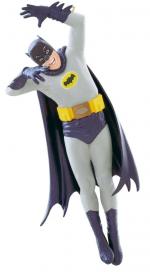 FOR THE HOLIDAY GEEK:

Consider this hilarious (and awesome) classic Batman ornament. To be honest, there are a million superhero themed ornaments you can buy these days, but most of them are tacky as hell, and unless you’re going to deck your entire tree out in geekdom, you gotta pick and chose your superhero kitsch carefully. This one is the ticket. Classic Batman, high on the weird and ever so slightly creepy. It’s an easy winner among the masses.

If you prefer to work for your geek cred instead of shopping for it, I’d recommend this incredible do it yourself Lego Milennium Falcon courtesy of Chris McVeigh.

FOR THE YOUNG(ER) COMIC GEEK:

Nothing better than piling on the awesome YA-friendly comics for the deserving kid. These are two of the best to come out this year (though there were many). Bryan Lee O’Malley’s Seconds is his first graphic novel since ending his wildly popular Scott Pilgrim series. Don’t expect more Pilgrim, but do expect a funny, wonderfully illustrated hardcover book with gorgeous production values. It tells the story of a confused young woman that tries to fix her life and makes a mess of it in the process. Seconds skews slightly older (maybe pre-teen and up?).

The other recommendation I settled on is the absolutely stunning YA coming of age comic This One Summer by sisters Mariko Tamaki and Jillian Tamaki. This story of two very different girls, longtime summer friends, growing apart as life pulls them in different directions, is emotionally devastating and beautiful. All subtle edges and stunning illustrations. It’s sure to land on many best of the year lists.

FOR THE CLASSIC GEEK:

Not super practical, admittedly, but this thing is really great for an afternoon of nostalgia…or a few of them. This is essentially a classic Atari system, but with wireless controllers and pre-loaded with 92 games that will have you skipping down a path of childhood memories. I played one of these myself and so long as you’ve got good line of sight between controller and console, it works well, though don’t expect these classic games to play the way you’ve come to expect modern games to play – they’re classic for a reason. This is a new edition (just released in November 2014) that improves on some of the previous models (the wireless controllers) but doesn’t necessarily have the same games, so make sure to check before you buy. This version does have classics like Adventure, Asteroids, Centipede, and my personal favorite, Space Invaders. Unfortunately it turns out I still suck at Space Invaders. 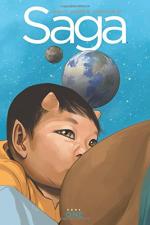 FOR THE NEW(ER) COMIC GEEK:

Saga has completely dominated the indie (and mainstream) comics scene over the last few years, and for good reason. The appropriately titled epic sci-fi fantasy space opera has captured the hearts and minds of comic book fans everywhere with its mind-bending creativity, fascinating characters, devastating plots, and flat out gorgeous painted artwork by artist Fiona Staples. Despite taking place in the future, Saga has a modern voice that’s funny and emotionally engaging. The vast cast of characters will delight you – until it upsets you when you realize that there will never be enough page time. This holiday season there’s a gorgeous deluxe hardcover that collects the first 18 issues plus a ton of behind the scenes material—like never before seen sketches, script pages, and a roundtable discussion of Saga by creators—as well as a brand new (sure to shock the puritans!) cover.  Also, if you’re interested in getting someone caught all the way up, consider adding the 4th trade (which releases 12/23).

FOR THE STAR WARS GEEK:

Okay, I’ll admit right off that this thing is expensive. But it’s also easily my favorite thing on this list, and if you’ve got the right people on your holiday gift list, it will be their favorite too. To be honest, this is so cool I’m not even sure you need it for making tea. Say you think it’s perfect for someone but they don’t like tea…I think this is probably a hit even if you hate tea. What with all the excitement surrounding the forthcoming film, now is clearly the time to make tea with death stars. You know it, I know it. Everyone knows it. Now get out of my way, I need this thing. 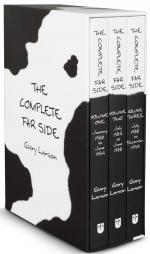 FOR THE OLD(ER) COMIC GEEK:

Get them what so many of us cut our comics teeth on. The brilliance that is Gary Larson's The Far Side, all collected together into three volumes housed in a slipcase. The hardcover edition (still available but pricey and probably extra heavy) came out in 2003, but this paperback version with newly designed slipcase is surprisingly affordable (especially right now) for a complete collection (over 4,000 comics). The book also includes small introductions in each chapter by Larson himself. Spend a day (or many, many days) thumbing through and reliving all the classics. Oh wait, this is for someone else, I forgot. I guess you can jealously watch them thumb through this collection, laughing their stupid heads off as they take what should be yours! Alright, you probably just better get two of these...or make sure it's on your own list this.

FOR THE GEEK WHO HAS EVERYTHING:

Last year we had batarangs on the list and I stand by their awesomeness, but I admit this is a bit more practical, if more pricey. This isn’t the kind of thing that works for everyone, especially at this price point. But if you have a Batman fan that’s hard to shop for, this would probably go over huge in the creativity category. I know if I used money clips I’d be all over it. It also kind of looks like it could double as a weapon, so that’s nice (probably). There are a lot of other Batman themed money clips out there but this one definitely stands out in style and badass factor. Word to the wise, Amazon currently shows this as arriving after Christmas, as it ships from Japan. I’ve actually had good luck in the past with things like this arriving much faster, but no guarantees on this one. Then again, the Amazon listing is a bit odd – it’s listed under “bath toys” (um, no) and for ages three and up, but it looks pretty sharp to me. 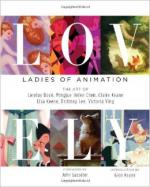 FOR THE ANIMATION GEEK:

It’d be great if the ladies of the Disney animation studio were more regularly represented so that they didn’t need their own book, but celebrating them in such a gorgeous volume is definitely a step in the right direction. This volume, focusing on six incredible women of animation – Lorelay Bove, Brittney Lee, Claire Keane, Lisa Keene, Victoria Ying, and Helen Chen – is an absolutely gorgeous collection of work, a true celebration of their careers and what they have brought to the industry. 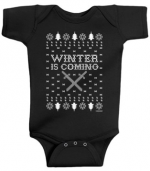 FOR THE BABY GEEK (OR PARENT GEEK, LET’S FACE IT):

Yeah, we can say this is for baby all day long, but let’s be real, this is for the parents. You only have control over how this kid looks for a limited amount of time, best to take advantage of it while you can with adorable Game of Thrones “Winter Is Coming” gear. Sure…it’ll make more sense when it’s not actually winter, but you may not have that kind of time. How long before your baby starts full on telling you "no"? That’s right, get this while you can and make your baby the coolest baby on the block (alright, fine, you can be the coolest too). 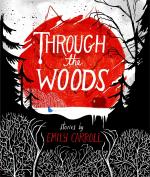 FOR THE HORROR GEEK:

I wrote about Emily Carroll’s Through The Woods for my horror comics list this year, but it’s just so good it deserves a second mention. Definitely opt for the stunning hardcover edition, especially if you’re giving a gift as it’s downright exceptional. Collecting a series of Carroll’s brilliant, beautifully illustrated horror webcomics and adding some new material as well, there’s no word to describe Carroll’s book but magnificent. Oh, and terrifying. Seriously, don’t read these stories alone in the dark as I did, you’ll regret it. This really is an excellent book that’s not just about the individual stories, but how Carroll has translated these stories to print. 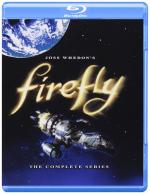 FOR THE TV GEEK:

So, any hardcore Firefly fan already has the complete season blu-ray, but if you’re a fan and you’ve been hoping to convince others to join the cause (Browncoats forever!) you simply cannot pass up these bargain basement prices. Sure, the “original retail price” is crazy inflated for a 3-disc blu-ray, but this price is even half off the regularly deep discount Amazon tends to offer. Seriously, $15.99 for the total brilliance of Firefly including commentary, making of featurette, reunions, and even Joss Whedon singing the Firefly theme? With all of that it’s not even a question. Also, if you’re looking for people to share your Firefly love with, consider if you know any of the millions of Castle fans. Sure, not all of them are going to be into this Sci-Fi Western, but surely SOME of them will be, right? Together we can dream it and force Firefly down every single person’s throat until they all love it as we do!

So, that's what I'm asking for...err...buying this year. What about you?

Also, if you need some MORE ideas, check out last year's list.

edsikov from New York by way of Natrona Hts PA is reading absolutely nothing December 13, 2014 - 3:14am

Funny! But why do you assume we're geeks or have geeky friends? I'm insulted.