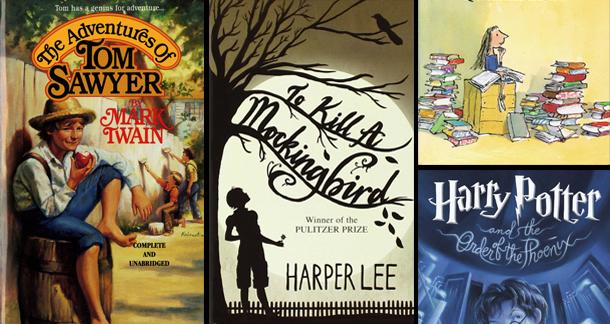 April Fool’s Day: The one time of year when whoopee cushions and shocking buzzers become acceptable. The celebration is known in many countries for its pranks, practical jokes, and hoaxes. Personally I try to stay indoors come this holiday for fear I might become an April Fool myself. That said, there are plenty of other places I can go to fulfill my need for tomfoolery—one of them being within the pages of a book. 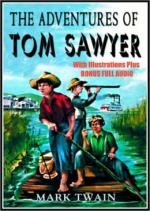 1. 'The Adventures of Tom Sawyer' by Mark Twain

After ditching school and dirtying his clothes, Tom Sawyer is punished by Aunt Polly. His sentence: whitewashing a fence on a Saturday. But Sawyer is more of a trickster than his aunt could’ve imagined, and pretty soon he convinces his friends into doing the job for him, making them all believe the task is a great pleasure. They even pay him in the end even though they’re the ones that have done the work! 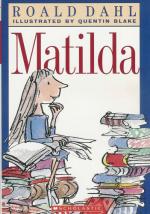 Matilda is full of pranks around every corner. The child genius uses her adeptness in trickery to get back at her evil parents. Her revenge includes putting superglue into her father’s hat, convincing her parents a ghost lives in the house by disguising her neighbor’s parrot, and switching her father’s hair tonic for blonde hair dye. 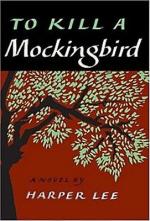 3. 'To Kill a Mockingbird' by Harper Lee

This book contains what can arguably be considered one of the best pranks in classic literature. Scout recalls a story about a past Halloween where a group of children snuck into the house of two deaf old ladies—Tutti and Frutti Barber—and transferred all of the furniture into the basement. The Barbers were convinced their property had been stolen until bloodhounds failed to pick up a scent leading away from the home. As sneaky as it is silly, readers will surely never forget this iconic retelling of a childhood prank. 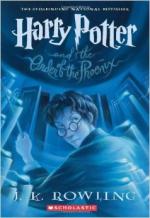 4. 'Harry Potter and the Order of the Phoenix' by J.K. Rowling

Some of the best pranks don’t have to be sneaky to be fun. In fact, many are outright displays of rebellion! In Order of the Phoenix, Fred and George Weasley exhibit just this type of epic tomfoolery. To wreak havoc under the evil reign of Dolores Umbridge, the twins release a cadre of homemade pranks across Hogwarts, including Wildfire Whiz-bangs and a portable swamp. This is just one of the jokes they play throughout the series. At one point they dose Harry’s petulant cousin Dudley with ton-tongue toffee, and at another point a story is recounted where one of the twins turned his brother Ron’s stuffed teddy bear into a giant spider. If you’re looking for April Fool’s inspiration, the Weasley twins may be where to find it! 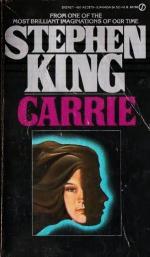 Just about every horror lover remembers the disturbing moment when a bucket of blood is released over poor Carrie’s head. The vulgar joke occurs after a telekinetic Carrie is nominated for prom queen at the school dance. When Carrie comes to the stage to collect her crown, one of her tormenters seeks revenge by unleashing a flood of pig’s blood from above. While not the most tasteful prank in literary history, it is one of the most iconic in the genre, and is well known as being the catalyst for the namesake character’s murderous rampage. 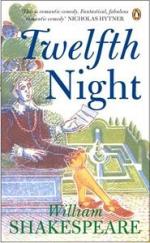 Ah, yes; even Shakespeare himself mastered the art of pranksters in literature. In Twelfth Night, Sir Toby Belch and friends seek revenge on Malvolio through a false letter. Using the note, they hoodwink Malvolio into believing Countess Olivia loves him, and that she wishes him to wear a specific—and hideous—outfit at all times, all while smiling constantly. Those who witness Malvolio’s outlandish behavior assume he’s crazy, and while the original scheme seems innocent enough, the prank eventually leads to Malvolio’s death.

Consider celebrating April Fool’s Day by picking one of these books up and giving it a read. And if you have any other favorite acts of tomfoolery found in between the pages of a book, feel free to share them below.