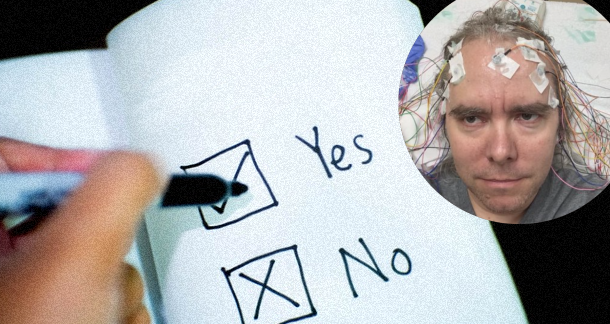 I approached fellow authors, publishers, editors, and other industry folks. I gave them a list of twelve things I have done, I am doing, or that I’m thinking about doing in my writing career. They simply had to state "good idea" or "bad idea" for each one.

Some gave feedback on why. I did not give “maybe” as an option because then the entire survey would have been “maybe” heavy. Everything in writing is a “maybe” on some level. I still got some “maybes” anyway, even though I did not offer it as an option. I figured that was going to happen.

This survey would not stand up under scientific scrutiny. I asked a range of people from various backgrounds and genres within the writing community. Many of them were friends or acquaintances already. I just kept asking people until I reached 100 responses, so the results could be presented as a clean percentage. The results are almost definitely slanted according to the composition of my circles of connection within the publishing industry and who was actually willing to take the time to respond.

The hosts of the Mando Method Podcast agreed to take the survey if we recorded it for an episode, so you can check out episode 190 of that podcast to hear their responses—after you read this article, of course.

Let’s see what people think about how I do things.

I’ve done this since back when I was writing only short stories. My book length work has diversified more over time from horror into young adult, middle grades, and nonfiction. The majority opinion, especially among indie authors, is that this is a good career move for building an audience. Others expressed concern that it can divide your efforts and confuse or dilute your potential audience of readers.

I did not give “maybe” as an option because then the entire survey would have been “maybe” heavy. Everything in writing is a “maybe” on some level.

I currently have 5 open series or trilogies including one that may essentially be abandoned. “Open series” means that at least one book is out and other books continuing the story are expected in the future. The strong plurality opinion is that this divides your time and may result in long periods between books which can lose readers. It also takes longer before the series is complete, which is when some readers wait to start a series. Others think this is fine if you are a prolific writer, and it can be a way to make more money off your writing in the long run.

3. Writing Multiple Books in a Series Before Releasing the First One

I’ve done this a couple times with my self-publishing wherein I write the first three books or the complete trilogy before releasing the first one. Most thought this a good idea because readers get the books in rapid succession and you can get the completist market right up front. Most of the responses in the negative came from more traditionally published authors who felt this was too big a gamble on something that hasn’t been accepted yet. One author said that writing three in a row would stifle his creativity.

4. Self-publishing More Often than I Submit Work for Consideration

I like having control over my work and being able to get work out on my timeframe when readers are buying. I was surprised how many of the good and maybe responses came from successfully published traditional authors. Many of them have had bad experiences with publishers collapsing or cheating them and a few have transitioned into being hybrid authors, saying they have made more money off their self-published work after establishing an audience through traditional publishing. The slight majority opinion, even among the maybes, was that I might benefit by submitting more of my work to publishers.

I’ve talked about my positive and negative experiences with ghostwriting in a previous LitReactor article. The majority thought it was a good idea almost solely based on the money. The negative opinions and maybes had to do with the time it takes up and whether the amount of money is high enough to be worth it.

I do okay with Patreon. It was a slow build, but I have a small yet steady monthly income from the site. Opinion was split, but many found no success with it. Almost all the maybes were some variation of “it didn’t work for me, but if it works for you …” The positive responses saw it as a good alternate platform for engaging loyal readers and a great laboratory to experiment with stories that don’t quite fit in other markets. 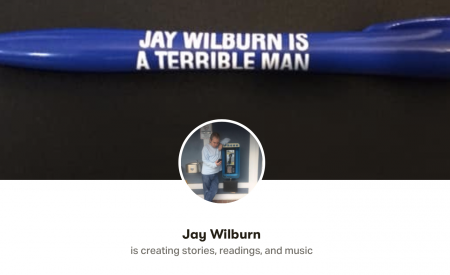 For me, this includes writing a column for Dark Moon Digest, staff writing for the Still Water Bay series with Crystal Lake Publishing, and of course, writing for LitReactor. This was the biggest unified response in the survey. It has the same money appeal of ghostwriting while still being your work with your name on it, potentially drawing attention to your other writing. The three maybes were with the caveat that you have the time and that the pay is worth the amount of work.

This includes my website, Reddit, Facebook, Twitter, and other platforms where I give recommendations of other authors’ books. I think this is far more powerful than those same authors pitching their own books to readers. Twitter is one of the places I do this the most. The majority thought this was great, a nice change from all the “buy my book” social media activity you get from so many authors. Others felt it would get in the way of necessary self-promotion and other authors might not return the favor. Many of the positive responses have directly benefited from me pitching their books to readers, so there is probably some bias there.

9. Trying to Establish Myself on Twitch

Twitch is primarily a videogame streaming platform where popular streamers can make a good amount of money. There are very few authors on it. The slight plurality felt this invested too much time, energy, and money for equipment into a platform that is not brand focused. Others felt that if you can establish yourself somewhere that other authors have not utilized, it can be good. A number of the maybes didn’t know what Twitch was.

I use amazon ads a lot to try to gain readers. I’ve raised my profits through them, but it is constant work to keep up with ads that are working and ones that have stopped. Many authors thought there was no other option to get books in front of readers in a crowded market except through ads like these. Others stated they never got them to work. Many maybe responses said that it only made sense if it was a series with multiple books.

For a while, usually leading up to Halloween, I put together and sold mystery boxes including some of my books, a special chapter book or collection, a custom tee shirt, and other goodies collected throughout the year. I had a lot of the printing done locally and managed to make the margins work. Other authors couldn’t copy it because they couldn’t figure out the cost the way I had. I skipped a year because it was a lot of work. Many thought this was a good idea. Others thought the work wasn’t worth it unless you could scale up to a subscription box and that was probably only viable for bigger publishers.

I have a podcast that is included in the Project Entertainment Network of podcasts. I was surprised by these results. Some actual active podcasters responded with bad or maybe because of the work involved and questionable return on investment. Many non-podcasters were positive on the idea. The majority opinion was that it could draw in a bigger audience and give you yet another platform for promotion and networking.

I appreciate everyone’s feedback. I’ll probably do the opposite of what people recommended in many cases, but that’s nothing new for me. We each have to blaze our own trails as we experiment and fumble our ways through our careers. It never hurts to see what others experienced with their career choices when making decisions about what to do for yourself. The one definite will be that I’ll keep on writing.

I've read numerous "How to write a great novel" style books, but few of them deal heavily in the business aspect of writing. Lawrence Block tends to give it more attention than most, but even his books veer more towards craft. This article is a fantastic way to present the business end of writing in a very fun fashion. I'd love to see this article expanded on. Questions like writing in different genres and writing the several books in a series before releasing the first are the kinds of things I know myself, and I'm sure many others, tend to think about. Surprisingly, there are few to no resources online with any solid answers (Or even any flimsy answers).