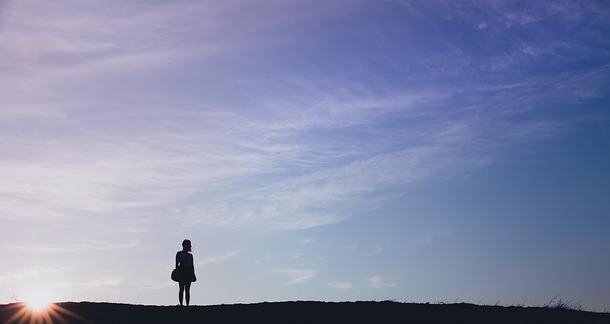 Imagine if Rebecca, Jane Eyre and Lolita had been published in 2017. The Ghost Girl. The Girl with Dignity. The Girl on the Road. Or, The Girl With the Creepy Old Dude. Or perhaps, better yet, simply The Girl. It just doesn’t work, does it? And yet…

My hope is to not offend too many people by just coming right out and saying it, but I can’t stand Girl titles. Now, let me just clarify before you unfriend me (my many author friends whose books fall into this category): The hatred I have for Girl book titles is the same that I have for tiny houses and decaf coffee. It doesn’t mean that these things are necessarily bad, just that their appeal is unfathomable to me and therefore produces a nails-on-the-chalkboard irritation in my brain whenever I think about them. So let’s just get that out of the way. Are there fantastic books out there with Girl in the title? You betcha. As an example, last year I devoured The Girl on the Train in the span of a day. In my mind, it’s still one of the best contemporary thrillers out there. I don’t think the phenomenon of Girl titles has any correlation to the merit or the worth of the books themselves. But I don’t think the titles are doing the books any favors, either.

Besides taking away a female character’s agency and turning her into a prop or scenic backdrop, the Girl title trend promotes, you guessed it, girls. Girls, not women.

Just why are there SO MANY Girl books? My first guess is the most obvious and innocuous: that it’s all just another form of marketing. Maybe it started back in the ‘90s with Susanna Kaysen’s Girl, Interrupted. A book title that will probably stand the test of time, because it existed out there all by its lonesome, fifteen years or so before The Girl with the Dragon Tattoo and Girl with a Pearl Earring hit the scene in the mid 2000’s. And, of course, because it was made into a movie that brought Scarlett Johansson out of the indie scene and into the limelight. Most people I’ve asked cite Larsson’s Swedish crime series as the earliest Girl books they can think of, so maybe that’s when the seeds were first sewn. But without a doubt, the stratospheric popularity of Gillian Flynn’s 2014 Gone Girl and Paula Hawkins’ 2015 The Girl on the Train launched the Girl craze we’ve been flooded with ever since.

Here’s just a few of the more recent books cashing in on the trend. I’m using these titles as examples, because I actually really like them. I just wish they, you know, weren’t. The Girl Who Chased the Moon. The Girl Who Fell from the Sky. The Girl at the Baggage Claim. The Girl Who Wrote in Silk. Girl Waits with Gun. Girl Unwrapped. Girl in Pieces. Girls on Fire. Fangirl. I could go on forever. No seriously, I could. And these are the good titles. The ones with a little imagination and probably a lot of meaning to the author. Don’t even get me started on the generic girl+color+object+place mashup. The Edgar Wallace plot wheel titles that simply merge into one long, endless Girl with/in/who scenario.The titles that really make me cringe.

Okay, but why? Why do Girl titles rank at the purse dog level with me? Is it just because the title trend is soooooo overdone? Because the market is glutted? Because it’s boring?

I think it comes down to the power of names. I mean, give the girl a name, already! Female characters are more than plot devices and if the lady in question is really that central to the story, and in most Girl books she is, she deserves to have her name in the title. Give me Emma and Pamela. Tess of the D’Urbervilles and Madame Bovary. Mrs Dalloway and Moll Flanders. Anna Karenina. These characters have been immortalized, not only because they headline classic stories, but because they owned those stories. Their characters were essential to the novel, oftentimes they were the novel, and their double-duty as both heroine and title have ensured they will never be forgotten.

Besides taking away a female character’s agency and turning her into a prop or scenic backdrop, the Girl title trend promotes, you guessed it, girls. Girls, not women. Most of the female characters in any Girl book are women. They are adults, not children. They are usually strong, intelligent, capable and over the age of eighteen. They are often badasses in their own right, and why we feel the need to infantilize these characters is beyond me. It could be backlash, it could be self-deprecation. It could be tongue-in-cheek, but I’m honestly not picking up on the joke. In our culture, we call women girls and we call men men and that fact alone should give us pause. If we’re already reducing our female characters to hat stands, must we also be obsessed with their youth?

Ah, you might now be saying, but what about the Woman title trend? You know, the one started with The Woman in Cabin 10? The next one on the horizon? Yes, that one drives me crazy, too. Because it reeks of substitution. Of cleverness. Of using the trend, but denying it at the same time. Honestly, it might be worse. If you’re determined to publish a Girl book, at least have the guts to carry it out all the way.

And even as I’m typing this, I’m thinking to myself, hmmm, I should probably add The Woman in Cabin 10 to my Goodreads TBR list because I’ve heard it’s an excellent novel. But I probably won’t. I’ll probably be stubborn and deny myself what could be a killer read just because the title makes we want to stab out my eyes with a fork. And that in itself, for both the author and the potential reader, proves the real shame of it all.

So please, my fellow authors. My brilliant writers. My intrepid publishers and shrewd editors. Latch onto another trendy title word and run with it for a while. See how it goes. And give the damn girl a break.

But a girl has no name.

Became a member only to point out that the original name of The girl with the dragon tatoo is Män som hatar kvinnor, which translates to Men who hate women. Which, I feel, gives the book a completely different premise.

Also, I agree with you, much thanks to the above example. No more girl-in-the-title-books, please.

I agree that this trend is annoying. Interestingly, this seems to be an English-speaking phenomenon. Girl Gone is "Das perfekte Opfer" in German, meaning "The Perfect Victim". The Girl on the Train is "Du kennst sie nicht, aber sie kennt dich", meaning "You do not know her, but she knows you". The Girl with the Dragon Tattoo is "Men who hate women" in its original language and "Verblendung" or "Blindness" in German. French translations tend to avoid the 'girl' trend as well. Strange....

Funny how I've rejected these books without really knowing why they just didn't appeal to me, regardless of the hype, but I think you nailed it. The "girl" thing is at once diminutive and overdone at the same time. I inwardly roll my eyes every time I hear of a new "girl" title hitting the best seller list or being turned into a movie. I hope publishers and writers try something else, pretty please....