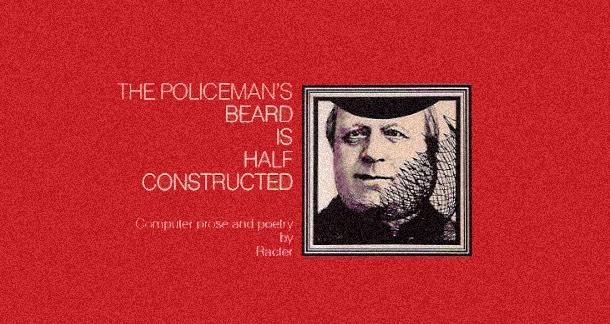 In the middle of the pandemic, anxious to distract myself from the quiet hellscape outside my apartment, I began experimenting with GPT-2 and GPT-3, which are successive generations of A.I.-powered automated text generators. In simplest terms, you upload a huge file of text, and the platform’s algorithms learn how to mimic the text’s style and cadence.

I uploaded ten years’ worth of my writing to GPT-2, which was created by OpenAI, a semi-nonprofit (it’s complicated) that wants A.I. and machine-learning tools used in virtuous ways. OpenAI initially refused to release the software out of fear that it would generate unstoppable amounts of “fake news.” I was more interested in whether I could use the thing to create a novel in my voice.

For those who are terrified that A.I. will effortlessly churn out fiction, robbing them of a job: there’s zero need for concern, at least for the next decade or two. While state-of-the-art algorithms can expertly mimic your voice, they have no idea about story, structure, emotion, character, or even Earth’s prevailing physics and biology. For example:

Miller climbed into the trash can and sat in the flames, chin on chest, trying to think of something else to do. In the middle of the parking lot stood Bob, shaking like a leaf. Miller made a deep, sad sound. Bob stared at him, saying nothing.

With the A.I., everything is a dreamlike jumble. I ended up incorporating several passages of my pet A.I.’s musings as dream sequences in my new pulp novel, Payback Is Forever, but it’d be difficult to use the machine to create a longer narrative that makes any sense. That hasn’t stopped some folks from trying to create longer artworks with a little help from an algorithm, though. Here are some interesting examples:

“The Policeman’s Beard is Half-Constructed”

Released in 1984, the same year as the Apple Macintosh, “The Policeman’s Beard is Half-Constructed” features an impressive boast on its cover: “The first book ever written by a computer.” The software responsible for this absurdist mélange of poetry and prose, dubbed Racter, was supposedly developed by William Chamberlain and Thomas Etter, although a fascinating article in Electronic Book Review casts some doubts on the latter’s existence.

The processing power available to developers in the early 1980s was prehistoric by today’s standards, and (according to the Electronic Book Review article) Chamberlain and Etter wrote Racter in compiled BASIC on a Z80 micro with 64k of RAM—essentially, a small fraction of the processing power available on that iPhone in your pocket. What’s interesting, though, is the prose it produced, which bears a lot of similarities to the output of modern text generators powered by machine-learning algorithms and infinite, cloud-based processing power.

“I fantasize about the jackal and the crow, about the crow in the expectations of the jackal,” reads one passage. Chamberlain claims he made no substantial edits to the prose, and it’s all rather Dadaist, or what a sensitive high-schooler might write in their notebook after breaking into their older goth sister’s absinthe. 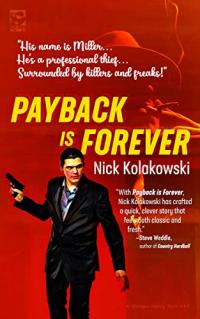 In 2018, Jean Boîte Éditions published 1 the Road, a book written by an A.I. created by Ross Goodwin. The underlying premise was straightforward, Goodwin had retraced Jack Kerouac’s famous journey from New York to New Orleans, driving a black Cadillac outfitted with four sensors (camera, GPS, microphone, and an internal clock). The A.I.’s underlying algorithms, trained on a combination of poetry and bleak literature, responded to incoming data from the various sensors by generating location-appropriate text.

A story in The Atlantic, recapping the journey, gives examples of the output: “Eagles Nest Diner: a american restaurant in Goldsborough or the Marine Station, a place of fish seemed to be a man who has been assembled for three days.” Like The Policeman’s Beard is Half-Constructed, it’s all dreamlike with flashes of almost human-like creativity and insight. Goodwin claims he printed out the output without any editing.

“The Day a Computer Writes a Novel”

The novella The Day a Computer Writes a Novel, created by a research team at Future University in Hakodate, Japan, was nominated for (and had a serious shot of winning) the Hoshi Shinichi Literary Award, which accepts entries from humans and A.I. The researchers provided an outline, and their creation’s algorithms took it from there. The human part of it (the structure) apparently impressed the judges, but the computer-generated characters weren’t fleshed out enough for the novella to advance in competition.

National Novel Generation Month (NaNoGenMo) has been going for eight years. An obvious play on the ultra-famous NaNoWriMo, in which writers try to churn out a 50,000-word novel in a month, NaNoGenMo tasks volunteers with creating an algorithm that’ll generate a 50,000-word novel. The project got a lot of buzz circa 2014-16, and still seems to be underway on GitHub. One of the most notable offshoots of NaNoGenMo, a gritty comic titled “Generated Detective” is a bit reminiscent of David Lynch.

What do you think? Is there a future for the computer generated novel? Are we living in it? Input your test in the comments.

Get Payback Is Forever at Bookshop or Amazon