Get Off Your Ass and Read That Pile of Books 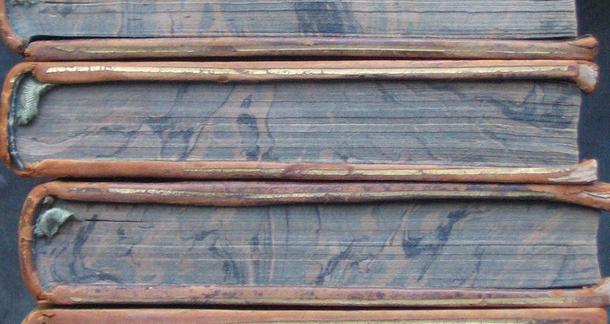 Every avid reader has done it at some point. You spend a few hours lounging at a Barnes & Noble (or at a Borders or Waldenbooks in the mall back in the day, when people actually went to malls), collecting books that grab you in the moment. It’s even worse at a Half Price Books where the discounts are too good to be true, and you end up with a whole bag of paperbacks with that sweet old musty, dusty smell. You bring the books home and set them on your nightstand, or whatever serves as the antechamber for your eventual reading, all with the grand plan of reducing this task down to zero. The pile eventually grows, fueled by gifts and lent books friends assure you you’ll love.

Then life gets in the way. You maybe read one or two off the top, but making a dent in the dozen or so books becomes more like homework than fun. Eventually dust gathers. Maybe you move, and those books are shoved into boxes or bags. But down the line, eventually, they end up stacked on the bookshelf. They sit there, mocking that OCD part of your brain that knows they haven’t been read. This is especially egregious if they’re part of a series you started as a teenager, and now there’s a mini-series or film adaptation and you just need to know how it ends.

So as summer approaches and leisure time presents itself, relatively, your eyes drift back to that bookshelf. What do you see? Unread books, marking your indecisiveness. There you recognize aspects of your former self, and get glimpses into the many forks your life has taken. 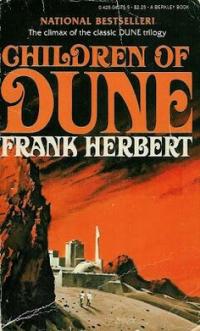 First of all, there’s Children of Dune. For those that aren’t in the know, this is the third book in a series by Frank Herbert. Ostensibly science fiction with a bit of fantasy and existential surrealism, the first Dune was released in 1965 and has been adapted twice, first theatrically as a noble failure by David Lynch in 1984 (and preceded by the noble failure that was Alejandro Jodorowsky’s attempt that never made it to screen, but is brilliantly eulogized in the 2013 documentary Jodorowsky’s Dune), and then as a Sci-Fi Channel (as it was known before SyFy) mini-series in 2000. Its influence can be felt far and wide, especially on Star Wars with its big, mythological scope. It’s also unique in emphasis, with a far-flung future focusing on feudalistic houses and technology that borders on magic.

My first experience reading Dune was during a time where my mindset was on absolute fidelity to books. This has evolved over time, as I realize now that film is a very different medium and there are certain constraints when it comes to adaptations. But having seen the Lynch Dune as a child and then the more faithful mini-series, I had convinced myself that much like Stephen King’s insistent re-adaptation of The Shining in the ‘90s, the latter was the superior. Years later I realized that while the Lynch version is a strange beast, it at least has personality while the mini-series is a dull thud. The book, however, is a crowning achievement and led to my almost immediately seeking out the sequels. I bought Dune Messiah and Children of Dune together. But while I breezed through the second book and thrilled at the continued adventures of Paul Atreides, for whatever reason I never got around to Children of Dune.

Adjacent Children of Dune is The Accidental Tourist. This was an attempt at grabbing up a prestige book that I recognized from name brand alone. Released in 1985 by Anne Tyler, who is also known for Dinner at the Homesick Restaurant (1982) and Breathing Lessons (1988), it was a finalist for the Pulitzer Prize and won the National Book Critics Circle Award that same year. Set in Baltimore, it follows Macon Leary, a travel guide writer whose son is killed in a shooting at a fast-food restaurant. Gripped by grief, his marriage disintegrates and he moves in with his eccentric siblings, eventually finding a new love of his life.

This was adapted into a movie in 1988 starring William Hurt, Kathleen Turner and Geena Davis, and that’s what initially caught my eye about the book. I had heard of the movie because it’s co-written and directed by Lawrence Kasdan, who’s best known for not only co-writing The Empire Strikes Back, Raiders of the Lost Ark and Return of the Jedi, but has been nominated for several Academy Awards for screenwriting, including not only for The Big Chill, which he also directed, but also for The Accidental Tourist.

So with that in mind, having been led to the book by its connection to genre properties I love through Kasdan, I thought I would go outside my comfort zone. After all, I usually gravitate towards science fiction and fantasy to a degree that limits my self-inflicted education. Unfortunately, it still hasn’t come to fruition.

Third in line is Umberto Eco’s The Mysterious Flame of Queen Loana. In grad school, working on a Master’s in English about a decade ago, I was well-acquainted with Eco. Not just a novelist, best known for his 1980 novel The Name of the Rose that inspired the movie starring Sean Connery and Christian Slater, he is also a literary critic, philosopher and semiotician. Along with Queen Loana, my experience with Eco had been with a non-fiction work, The Role of the Reader, and Baudolino, a 2000 novel about a young man in the 12th century that seeks out a legendary kingdom known as Prester John. So when grad school ended and my eyes fell upon Queen Loana at a Book Rack about five years ago, a certain part of me was rekindled. But as time dwindled down, with dogs and houses and babies piling up, the thought of being challenged again like in grad school wore me down.

Fourth in line is The Japanese Experience: A Short History of Japan by W.G. Beasley. This book was a Christmas or birthday present, which is admittedly slightly different than an impulse buy. Still, as I’ve discussed before in an earlier column, there’s pressure to read said gifted book because your friend or family member gave it to you with the best of intentions. I was given it a few years ago possibly because I minored in history in college and because I’ve always had a fascination with World War II. But the book itself, while packed with intriguing facts and scope, is relatively flat and unengaging. Any attempt at reading it in the past has resulted in my giving up after a chapter or so. 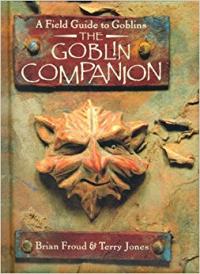 Bookending the row is my secret shame. About a decade ago I borrowed The Goblins of Labyrinth from the local library. Originally released in 1986 accompanying the film Labyrinth, then released again in 1996 in an abridged form as The Goblin Companion: A Field Guide to Goblins, and then re-issued yet again in its original form in 2006 for the 20th anniversary of the movie, it features sketches by Brian Froud and captions by Terry Jones. Froud is a conceptual designer and costume designer, having worked on The Dark Crystal and Labyrinth, while Jones wrote the screenplay for Labyrinth. The book itself is positioned as Froud being a faery expert that discovers 43 notebooks containing detailed histories of goblins, and Jones as a noted scholar, with the two of them working together to document an extensive history of the creatures.

So when I checked it out from the library circa 2007, through a complete and unintentional accident I didn’t actually check it out. For some reason it did not scan, and I walked out of the library with a stack of book in my hands that did not set off the alarm. To this day I’m not sure what happened there. I didn’t even notice until a few weeks later when I was checking my library account online and noticed that The Goblins of Labyrinth didn’t show up as checked out. Yet there the massive, beautiful coffee-table-sized book sat on my nightstand. And it really is a lovely presentation, with Froud’s vibrant and unique sketchwork and paintings seeming to tap into some sort of ancient truth, pulling back the veil just an inch.

So I told myself I would return the book next time I stopped into the library and explain the situation, but yet again moving got in the way (I’ve moved a lot in my life). And by the time I unpacked and found the book months later, a much younger me convinced himself that it was just “breakage” and that the library would never even notice. But now that I reflect back on the event I feel guilt. But not enough to actually return the book 10 years late. And yet, ironically, I never take the time to read it.

So as spring moves forward, temperatures rise and the lazy days of summer approach, this pile beckons to me again. There’s no guarantee I’ll ever defeat it. The library facilitates too many new, shiny books (that I make sure to actually check out) and endless possibilities for old ones. And there’s always the silent specters of Book Racks and Half Price Books judging me as I glide down a main stretch of road.

Somehow I’ll find the strength to finally overcome the arbitrary goals I’ve set for myself.

Good luck to you on this, but I find when the to-read pile becomes overwhelming it's more cathartic to throw them together in the back yard, douse the pile with lighter fluid, and set the whole business ablaze. Watching those unread pages blacken and curl whilst the smoke billows to the heavens is incredibly cathartic. Try it.