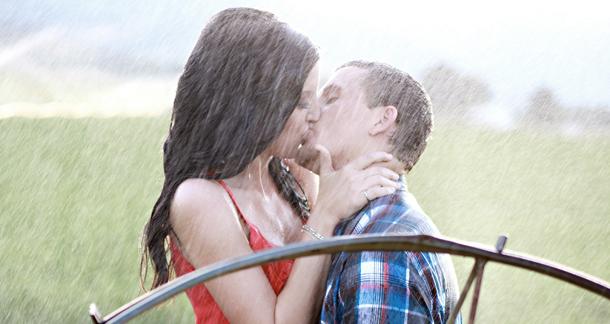 Along with drone strikes, Obamacare and the wisdom of Kim Kardashian’s wardrobe policy, self-pubbing is one of those incendiary topics that divide the world into two camps: those who like it and those who don’t. But while the rest of us sit on either side of this unbreachable opinion-chasm throwing freshly sharpened blogs at each other, one group of authors has proved self-pubbing can work by quietly making a shitload of cash.

These happy few are the writers of New Adult fiction and while some of them have now been snapped up by the trad-faction, most of them got their start on the indie circuit, coming to prominence via word of mouth and tens of thousands of ecstatic reviews on GoodReads. New Adult has nothing to do with Young Adult (no vampires or dystopian futures or supernatural forces here), but everything to do with Romance. It’s also (and I can say this after consuming a mountain of the stuff on your behalf), rollicking good fun. So if you’re up for writing about lurve, follow these simple rules and there’s gold in them thar hills.

Or as you will see, gold in them thar gently curving bosoms.

In NA fiction, the heroes must inhabit that time period of about five minutes when one is old enough to have legal sex, but too young to have boring responsibilities. Older characters are only permissible as sidekicks — parents, loveably wise grannies, loveably wise college professors and loveably wise bosses — and exist solely to offer advice, support and occasionally someone for the main characters to hate.

Most of the NA readership is female. This means they want to know every detail of the male love interest’s musculature, but they do not give a rat’s ass what the girl in the equation looks like. Apart from a few cursory mentions of hair color and boob size (never too large — a few body hang-ups are preferable) the female lead must remain a cipher, for one simple reason: she is the blank sheet upon which the reader will fill in her own details. Describe her too much and you destroy the fantasy.

Rule 3: But make sure she’s a nice girl

She likes cats. She’s musical or a dancer or an actress. Sometimes she’s a virgin, but even if she’s not she’s never crude. She worries about her grades. She thinks obsessively about sex.

If the leading lady is a blank, the leading man is cut from very precisely determined cloth. He is ripped, he is tattooed. He wears jeans so the female interest can put her fingers in his belt loops and pull him closer. He is manly, yet sensitive. You have a choice of hair color, but it must always get in his eyes so he has to push it out again. He rides a Harley. He has a dark secret about which he cannot communicate except in broken sentences and towards the end of the book.

You may have spent countless hours honing your prose until it is sharp enough to shave a hibernating grizzly’s bum, but if you’re writing New Adult you can forget all about that. You can call your female lead Jackie and her ex-boyfriend Kennedy without a blush troubling your cheek. You can name your lead characters after Beatles’ songs (Jude and Lucy, not Yellow and Submarine since you ask) and your female character can say things like ‘If brains could have orgasms, I’m pretty sure this was what it would feel like’ without anyone wondering what makes brain orgasms any different from the other kind. You can have someone gloat over a girl’s bod at the swimming hole, then swing up into a tree and stand on a thick limb and trust me, no one will snigger. Park your sense of irony at the door. Name your would-be-rapist character Buck and your Southern bad boy Beau and watch your book soar to the top of the Amazon charts.

Yes, this is romance, but one of the lovely things about New Adult is that it’s romance with an edge. My survey includes books which delve into date-rape, domestic violence, marital dysfunction and the problems of being a preacher’s daughter while fancying your boyfriend’s cousin. Admittedly there is an element of ‘first world’ about some of these problems, but you have to give New Adulters cred for at least attempting to introduce some realistic, female empowering issues into their books and allowing at least one of the leading ladies the opportunity to sock a would-be rapist in the nutpurse.

Rule 7: Use the approved vocabulary

But back to the sexy stuff. In New Adult tongues thrust, fingertips brush, clothes slide. In fact everything slides — people slide through doors, into cars, into seats. They also slip and skim and straddle. Anatomical nouns are completely verboten: she has a ‘sweet spot’ and he is ‘ready’ or at the very most ‘hard’. And when it comes (sic) to the climax remember that you are writing from a female perspective. He just gets to groan while her experience (‘color and light danced behind my eyelids and my whole world exploded into a million pieces’) is more like dropping E at a Moby gig.

Your work must be a masterpiece of non-consummation. Not having sex must happen often and be strung out to incredible lengths: one stalwart couple in my sample performs non-sex over an eye-watering and testicle-engorging four chapters. Sometimes she says no. Sometimes (more often) he says no. Sometimes they both say no simultaneously, but that only happens after a lot of work on his part.

Rule 9: When they eventually say yes

They use a condom. Which just goes to show you how times have changed.

Sincerity is key. The folks who write these books simply love their characters, love the genre, love the romance and that love is apparent on every page. This is what makes them such a good read. Write with your tongue in your cheek and your audience will sense your lack of commitment as clearly as if you had concealed a two-week old haddock carcass inside the covers. Insincerity is an instant passion-killer and the point, people, is to turn your audience on not off.

...putting aside the gentle teasing (for which I hope their lovely authors forgive me), New Adult books are pure, escapist entertainment. Below, my pick of the best, including the forthcoming All of You by Christina Lee, which boasts writing good enough to wring tears of envy from Marian Keyes. With product as hot as this, New Adult is going to be a force to be reckoned with.

bohemianonrye from Pittsburgh, PA is reading Love in the Time of Global Warming August 22, 2013 - 9:03am

Wow, this is actually a genre I've never heard of...

I don't really get it. Is it like "romance novel meets slice-of-life"? Or "we got tired of trashy sex novels so we decided to try to give it a plot"? "Nicholas Sparks without all the old people and dying"?

this is a pretty one sided description of NA. In reality, NA is not a genre, but an age range. Like YA, or MG, or even adult, it can be about WHATEVER YOU WANT. The only "rule," if we need such a thing (which apparently we do, according to this post), is that the protag be older than hs but not quite on their own. So 22 is about right. The point is this: it's the beginning of independence, but not quite out in the world on your own.

Here's my issue with this post, though: it has to be about romance? False. Take about 5 minutes to research the recent debate on NA, and you'll see a lot of people in the know (agents, authors, editors, booksellers, etc) saying exactly the opposite. It doesn't include fantasy? Check out Goodreads and you'll see that that also isn't true (and while we're at it--YA is not all vampires and werewolves, and even when it is, some of it is rather good. Lupin, anyone?)

Basically NA is whatever you want it to be, but like YA, it is grounded in a specic time of a characters life. It doesn't HAVE to be about romance, but romance is an important part of that part of your life, so YES, it crops up quite a bit. But is NA = Romance? Absolutely not.

Much of NA may be "escapist entertainment," but it's way too soon to say that about the entire bulk of NA novels. Let's not go limiting ourselves before we even get a change to figure this whole thing out, eh?

@Bohemianonrye: actually there is a certain amount of old people and dying, at least in the NA sample I read. I'd say more 'Nicolas Sparks channelling Jackie Collins in her 1980s heyday' if that makes sense.

hmm, aside from the quip at the end, nothing about this seemed specifically tongue in cheek to me (esp given how many people actually write these sorts of posts in ernest). But that being said, if you didn't mean any of this to be true...then my bad!

I couldn't stop laughing while reading this. Great article, Cath!

this was hilarious. i just sped through "The Deal" and "The Score" and your post could not be any more true.