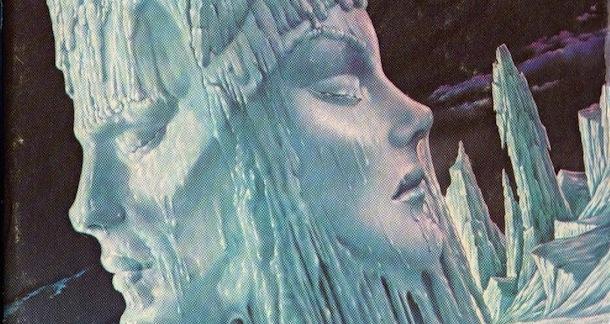 To paraphrase Ursula K. Le Guin, science fiction changed in the 60s. Whatever the cause and whatever the name (New Wave, for example), there was a movement towards experimental forms and a shift from hard science fiction (focused on the hard sciences - physics, chemistry, etc) toward so-called “soft” science fiction which, as you might expect, focuses more on sociology and psychology. It was a much needed shift. Despite its supposed forward-facing gaze, science fiction had often shied away from in-depth examinations of topics like gender, choosing instead to reinforce traditional stereotypes.

The late 1960s saw a number of women incorporating feminist ideas into their work, bringing a sharper focus to gender and society. By 1969, Joanna Russ had published Picnic on Paradise, and Alice Sheldon had just begun writing as James Tiptree Jr. It was in this fertile atmosphere that Le Guin’s The Left Hand of Darkness was published.

The Left Hand of Darkness begins with the arrival of Genly Ai, an agent of the Ekumen, a league of 83 planets, to the world of Gethen (also called Winter), a prospect for the 84th planet. Genly, as envoy, is there to meet with the officials of the country of Karhide, to convince them to join the Ekumen. There he meets Therem Harth rem ir Estraven, prime minister of Karhide, and their fates become entwined. Interspersed with Genly’s report back to the Ekumen are Gethen myths and Estraven’s personal diary entries.

The Left Hand of Darkness should be lauded for its examination of gender, using the alien Gethen to upset our notions of femininity and masculinity.

Several qualities distinguish Gethen—one being the planet is in the middle of an Ice Age; another being Gethen are normally androgynous and asexual. A few days a month, each Gethen enters a state known as kemmer, similar to estrus. When in kemmer, a Gethen is overcome with an overwhelming urge to mate and will, according to its sexual partner, assume a gender—either male or female. The same individual could be both father and mother over the course of several kemmerings.

While Genly has a hard time understanding the Gethen and their sexuality (deferring to the pronoun “he” to refer to all of them), the Gethen also regard Genly as strange, even a pervert. To them he is always in kemmer.

As a result of their lack of gender, the Gethens have a very different history than what we might be familiar with. They have no history of war, for example. Of course they have some idea of conflict as at the time of the novel, Karhide is fighting with neighboring territory Orgoreyn over territory.

Another thing Genly has trouble grasping is shifgrethor, the subtle way that Gethens deal with one another where honor and saving face are concerned. Estraven, who supports joining the Ekumen, tries to help Genly, but because of shifgrethor he is too subtle, not wanting to insult Genly, and Genly feels that Estraven may even be working against him. Then Estraven falls prey to Karhide politics and is exiled. He travels to Orgoreyn, a nation which resembles Cold War era Soviet Russia. He is sent to the work camps until he is pulled out by Orgoreyn’s politicians.

Genly later comes to Orgoreyn after failing to convince the king of Karhide to join the Ekumen. Genly again stumbles in his navigating of politics, this time ending up in an Orgoreyn prison where he is kept cold and hungry. He only escapes through the intervention of Estraven.

Together they make their escape, though that lies over the Gobrin Ice, an extremely dangerous, inhospitable area of the planet covered with, as you might expect, ice. Genly and Estraven must work together to get through this icy wasteland and back to Karhide. There, Genly realizes that he has misunderstood Estraven and has misunderstood the Gethens all together. Whatever weakness he’s ascribed to them, he realizes that the true weakness lies in his own perceptions.

The Left Hand of Darkness should be lauded for its examination of gender, using the alien Gethen to upset our notions of femininity and masculinity. Le Guin examines this both from within Gethen society and without, through Genly Ai’s perceptions. On the Gethen side, this examination takes the form of a thought experiment. What would society be like if humans were largely asexual? Le Guin posits that there would be no war, for one. Also, based on the Gethen physiology and the strong urge to mate while in kemmer, incest is tolerated, though not as a long term bond. Additionally, the mores of shifgrethor could be said to grow out of the lack of sexual manipulation and stratification. This is the exterior view, looking at the Gethen from a distance, following the thought experiment.

But Genly Ai gives us the interior view, taking the place of the reader. He is from Earth, he is part of a gendered society and for much of the book, the Gethen people cause him immense difficulties of understanding. He struggles to relate to the Gethen and, even worse, he assigns value to their perceived gendered traits, assigning weakness to femininity. It is only at the end of the book, as he’s come to know and understand Estraven, that Genly is able to escape his limited view and come to see Estraven not as part male/part female or as an asexual, but as a human being. Genly’s journey frees him of his own limitations. So much so that when other agents of the Ekumen appear, he is almost disgusted by their sexuality.

Genly says, “And I saw then again, and for good, what I had always been afraid to see, and had pretended not to see in him: that he was a woman as well as a man. Any need to explain the sources of that fear vanished with that fear; what I was left with was, at last, acceptance of him as he was. Until then I had rejected him, refused him his own reality.”

The Left Hand of Darkness has rightfully received accolades over the years. It won both the Hugo and Nebula awards for best novel. In 1987, it came in at #2 on Locus Magazine’s All-Time Best SF Novels based on a poll of subscribers. The Left Hand of Darkness is highly recommended. If you like it, I would also recommend Le Guin’s other books in the Hainish Cycle, particularly The Dispossessed.

Have you read The Left Hand of Darkness? Did you enjoy it? Are there any feminist or genderbending works of SF that you would recommend? If so, please sound off in the comments.

Ursula Le Guin is one of my favorite authors, but even so there's a whole body of work out there of hers I have not read, including Left Hand of Darkness. I'll be putting this on my very next 'to read' list, thanks to your article!