Fuck Your Panel on Diversity, What We Need are Diverse Panels 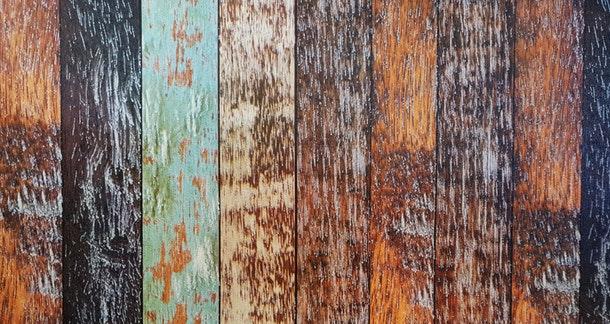 Then one day, thankfully, we collectively took a step in the right direction and started adding panels about diversity to some conferences. These panels allowed folks who inhabit otherness to talk about their experiences. The panels also allowed writers who had historically been underserved and underrepresented to stand up and tell the world they'd been around for a while, kicking ass and telling stories just like everyone else. These panels grew and started being part of more conferences. All of it was good. It still is: it's what needed to happen. But now it's time to move forward. It's time, in the immortal words of noir/pulp queen Christa Faust, to stop putting together panels on diversity and make all panels diverse.

Diverse voices have diverse points of view to contribute to every discussion.

I'm not saying panels on diversity are passe. What I'm saying is that taking the POC at your conference and sticking them all on a panel about diversity is bullshit. These writers have so much more to say. They have wisdom to share and stories to tell. They have acquired a lot of experiences in their career and new writers could use their advice. LGBTQIA writers and POC writers and Appalachian writers and female writers and Native American writers all have something to say about the larger discussions happening in their genres and in publishing in general, not just about what it's like to write gay characters or how messed up it is that most black and brown people in crime fiction are criminals. Diverse voices have diverse points of view to contribute to every discussion. They also have questions to enrich the conversation. Giving them a stage and then telling them the only thing they should talk about is how hard it is for POC authors to land juicy contracts and how monochromatic the bestsellers list is only does so much to advance diversity. We've been doing that for a while. It's time to do something more.

I recently went to StokerCon in Grand Rapids. What I saw there made me happy: a mix of diverse panels, panels about diversity, and panels focused on very specific communities. For example, there were panels on writing characters of color, black femininity in horror, underrepresented voices, inclusiveness in horror fiction, and African American images in horror. These panels were diverse and about diversity. Not only that, the reading blocks were diverse. Other panels were full of minorities too. This added up to an inclusive program where giving everyone a voice was more important than allowing some folks to talk about why they should be given a voice. Furthermore, no one was asked to participate based on their identity: everyone given a space was someone important in genre fiction. See? It's not about letting someone speak because they are a person of color; it's letting talented minorities share a table with those who have occupied it since the beginning.

I'm tired of is racists complaining about the current move toward more inclusive spaces. They think allowing minorities to enter the discussion or giving them a place at the table is synonymous with pushing straight white men out of those spaces. It's not. It's about keeping those white men where they are while also sitting those that don't look like them and are just as talented in the same space.

Listen, I know the title of this column is harsh. I've been doing this for ages, and I know when something demands strong wording in order to kickstart the conversation. This was one of those cases. I could politely say "The time for the next step is here; we should move away from panels about diversity and start diversifying all panels." That, however, makes it seem like I'm suggesting it, like I'm saying not doing so is an option. It's not. Fuck your diversity panels. What we need are diverse panels. What we need are panels where everyone gets a say and everyone who's part of a genre or scene gets a fair share of attention. What we need is to work towards a point where those who inhabit otherness are included in discussions because of what they know, what they write, and what they do with their careers. Not only because they wear a dress or because they are the first black or brown writer to win and award or, what's even worse, because the organizers of a conference have no idea who's great and decided they have to invite someone of color so they can fill a quota.

Breaking the ice and demanding panels about diversity was tough. Hell, some folks in crime and horror are still uncomfortable with it. Fuck them. If we managed to do that when nothing had been done before, taking the next logical step shouldn't be that hard. Let's do it.

Wiccans don't care about your stupid "evil witch" trope. It's hilarious and boring to us.

If you want to write diverse characters (and you should), go out and live a diverse life. Go to areas where you are the minority. Meet people you'd never have met without trying and get to know the broad range of people that fill this world, THEN write them.

Because if not... what does it matter the skin color of the panel member? Why focus on it? What benefit does this "diversity" (I put it in quotes because we're only focusing on diversity along certain qualifiers) reap?