From Short Story to Film: How I (Co-)Wrote My First Movie Script 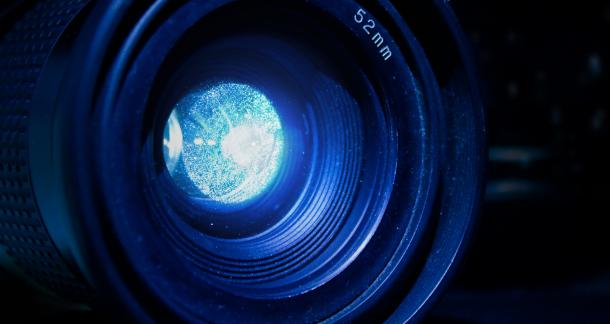 On a sunny day in early March, I met a guy.

I was selling my books at a local comic book expo, hanging out at my table and chit-chatting with whomever stopped by, when a fellow made me pause. We were talking about books and horror and zombie fiction (my specialty) when he mentioned he worked for a film production company. "If we ever need something written, would you be interested?" he asked, and of course I said yes. I'm a yes-person, after all. I love finding little opportunities and seeing where they take me.

That said, I assumed that when he said "writing" he meant something like "blogging," or even drafting "marketing materials." I can do those things. I do stuff like that all the time. So I said yes, and he bought one of my zombie books, I signed it, and really, I didn't expect to hear from him again. But in this crazy writer-world we inhabit, every connection you make can lead somewhere...

A week later the same fellow reached out to me on Twitter, asking if I was interested in a writing opportunity. I said yes, gave him my email address, and waited. What would he need blogged? What kind of column would he need written?

Be a yes-person, and chase every opportunity. You never know where it'll lead.

When the email came in, I almost cried.

"Can you write a script?" he asked. "Because we need some short scripts. Do you have any ideas to pitch?"

And I thought, "But I can't write a script!"

And then I thought, "Well, what the hell? Let's see where this road takes me!"

Here's the story of how that opportunity is panning out.

First things first. I didn't know how to write a script.

It didn't sound hard, on some levels. I mean, I watch movies. Some movies I've watched so many times I can recite their scripts. So I felt like I knew, basically, how a movie worked. It's not that different from a short story or a novel, after all. There are characters. Plot points. Lots and lots of dialog.

But beyond that? I had no idea. Scripts require shot description. They require blocking. They require fancy formatting that I didn't even begin to understand.

Luckily, for once in my life, I was smart enough to realize I was in over my head. And also luckily for me, I have a great friend who's written some amazing scripts already. I've read her work and it's made me laugh, and it's brought me to tears. So I quickly made a phone call, and since she was game, we signed up for this together.

There's no way I could have done it on my own.

Here's where I digress for a second, but it's all pertinent, I swear.

A long time ago, in a high school far, far away, I decided to enter a poetry contest. Now, many people know: I'm not a poet. That said, at the time, I thought maybe I was, or that maybe I could be, if given the opportunity. (Are you sensing a theme here? Opportunity?) The contest required a submission packet of five poems, so for a month I worked - hard - on four poems I thought really reflected my perspective. My skill-set. My (lack of?) talent. I was proud of those four poems and all they represented.

And then I wrote the fifth poem...the night the packet was due...because I'd forgotten about it. I dashed off some angsty words about a boy I liked, with some repeated lines that sounded mildly poetic...

When the results came in, months later, it was that ridiculous fifth poem, written on a deadline and with zero editing, that received fourth place. Out of all the thousands of submissions, including the four poems I actually cared about, that little piece of nothing came in fourth place.

It just goes to show, you never know what'll sell, do you?

I kept that in mind as I pulled together some stories to send to the film production fellow. Not knowing what he liked, I reached far and wide into my writing closet. I found some horror, some sci-fi, all stories over which I'd labored many hours. I chose three that I loved, that I was proud of.

At the last minute, I attached a fourth story to my submission email. This one was a little different. I'd written it on a single night when I was feeling really low. It delved into suicide, motherhood, children, and the possibility of a place called purgatory. Written in second person, it's the most cerebral story I've written. There's so little action, and almost no dialog. I only ever gave it a quick once-over, so far as editing goes. I felt silly for even thinking about sending it.

When the results came in, months later, it was that ridiculous fifth poem, written on a deadline and with zero editing, that received fourth place.

From thought to action

Then we had to get to work, my friend and I. (Notice how I'm not using names? Yeah, that's intentional. Things are, as you'll see, still very up in the air, so I'm keeping a lot of general anonymity to this tale.) We decided to each write our own treatment, and then compare and contrast, and see what we liked. Only problem? I didn't know what a treatment was. I went ahead and wrote a "script."

(Aside: a treatment is a story-like version of a script, in which you flesh out the characters, settings, and plot, without any of the fancy formatting. It's more easily readable, and is definitely where I should have started. If I had any common sense. But I don't, so I didn't.)

To make our Chopped-like box of filminess even more interesting, the production fellow threw in two new rules, just as we were getting started.

1. There could be no use of children; and

The story featured heavily both a child and a dog.

But we got to work anyway. I wrote a few pages, took a few breaks, and tried to take something that was very cerebral and dark and turn it into a script that had actual action and dialog.

I failed so miserably it's embarrassing.

Luckily my friend fared better, and when she sent me her treatment (When I saw it, I thought, "Oh, that's what she meant by treatment..."), I found an interpretation of my original words that was heartbreaking and exciting. It was sophisticated and silly. She took the little kid and turned her into an older teenager; the dog was a mere (but powerful) mention.

We went with her version, and I was remarkably okay with that. Thrilled, even. It's amazing to see the way someone has taken your words and turned it into something...better.

My friend took her treatment and formatted it into a script. To this moment, I have no idea how she did it, but suddenly we had a script, and it was lovely. There were dialog tags and scene breaks; there were headings like, "Int. Den" and "Ext. Garage" that I would never have known to use.

That's where my work really began (because my friend had done it all up till then). While I was thrilled with the treatment, once it was in script form there were lines I wanted to change, scenes I wanted to add. She sent me a draft in Word, and I dug in. I tracked all my changes, added comments and notes, and sent it back. We met for lunch and talked about my suggestions, and then we partitioned it off, each of us taking a few scenes to rework.

We sent drafts back and forth over the next week, each of us adding/editing/deleting, and using Track Changes to keep tabs on it all. This was great, honestly. We worked really well together, and what we came away with was, I think, better than anything either of us would have done on her own. She added a lightness, a humor, to a dark subject matter. I added...well, I don't really know what I added, but I know it was something. I made lots of changes, and I'd say, if anything, I kept our little supernatural tale fairly well grounded in the horrors of real-life depression.

Our deadline was "the end of April." I sent that bad-boy off on April 30th, feeling good about what we'd created, all based on my random little short story.

In truth, I have no idea what'll happen next. We sent off our script and haven't heard a word, but if there's one thing I know about life in literary and film circles it's this: these things take time. Lots of time. So much more time than you ever think is even possible.

But that's cool. I'm not stressing. Wherever this script of ours goes from here (even if it's nowhere), we created something from next-to-nothing, and I'm proud of that. If this production company doesn't buy it, maybe we'll rework it (we both had those "Oh, shit, we should've done this differently," moments post-submission...) and send it out elsewhere. There's no telling, really.

Still, though, taking a little piece of fiction and transforming it into something else was amazing. Working with my friend was amazing.

So here's my advice this week: Be a yes-person, and chase every opportunity. You never know where it'll lead.

Thanks, Em!!! :D It was just a fun experience...and weirdly more complicated than I ever expected! Hahaaha!

Best advice ever - be a yes person to opportunities and to oneself!

This is an inspiration story for everyone who is coming into movie in recent times. Thanks a lot. All movies can be watched on Freeflix HQ.