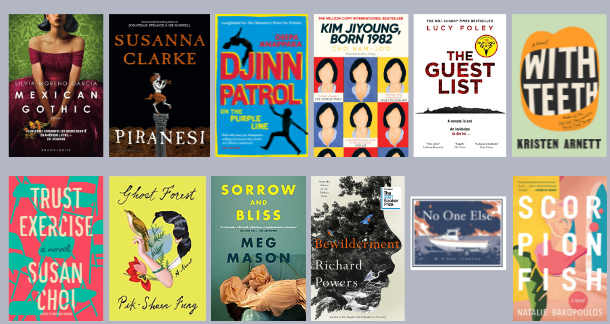 Are you ever curious to know what other people’s private book clubs are reading? I sure am, with the kind of shameless curiosity that compels you to steal a glance into a stranger's apartment on your nightly walks — recognizing what they’ve hung on the walls, whether they have plants around, what the table they have their breakfast on looks like.

Whether you share my indiscreet curiosity or not, you’re very welcome to peek behind the curtains of my own book club, a monthly group that completes its first year this month.

I read with my colleagues — here’s how it works: each month, a different person shares a shortlist of 4-5 titles they’d like to read, and the rest of us take a vote to “elect” the month’s book — then we read it and chat about it. We haven’t set limitations in genre or subject matter, and the books we’ve read reflect individual interests as well as current trends. The idea was that we'd all find ourselves reading books we wouldn't otherwise read, and cross-pollinate our literary tastes in hopes of discovering new things to enjoy.

In that same spirit, here are our last twelve months in books: 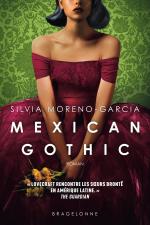 Mexican Gothic begins with Noemí Taboada hastily departing for High Place, a mansion in Mexico, where her ill and distressed cousin Catalina resides with her new husband and slightly alarming in-laws. The title isn’t a coincidence — this mansion boasts all the creepy gothic vibes of Rebecca and Jane Eyre, and it gets creepier and creepier as Noemí tries to uncover what’s so insidiously wrong about the place and its taciturn inhabitants. Part gothic, part thriller, part fantasy, this book is a masterclass in building suspense and delivering a satisfying climax.

If you want to know what our book club thought of this book, my friend Savannah’s review will catch you up on most of the stuff we discussed.

Get Mexican Gothic on Bookshop or Amazon 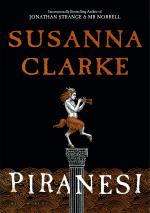 This is a strange book about Piranesi, a character who lives in a mysterious, magical, and labyrinthine house, where he spends much time in solitude, observing the changes of the tides, the visits of seagulls, and the sometimes visiting Other, who seeks to find answers to some great questions. Among the fog of the house’s many eerie rooms, Piranesi begins to discern the truth about the house and what he’s doing there.

Get Piranesi on Bookshop or Amazon

3. "Djinn Patrol on the Purple Line" by Deepa Anappara 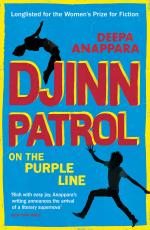 The protagonist of Djinn Patrol on the Purple Line is 9-year-old Jai, an avid reality police show fan. Along with two of his school friends, he searches for a classmate who’s gone missing, and then the increasing number of children who disappear from their poor neighborhood. The indifference of the police has Jai and his friends exploring both fancy and dangerous areas of the metropolitan area they live in, asking why no one cares about children like themselves.

Get Djinn Patrol on the Purple Line on Bookshop or Amazon 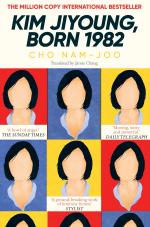 My personal favorite of our book club books so far, Cho Nam-Joo’s book stars Kim Jiyoung, a millennial transitioning to full-time motherhood after leaving her job. In short, Kim Jiyoung is starting to lose it, and she’s sent to a psychiatrist, for whom she narrates her life. What follows is a painfully typical story of microaggressions, unhappy “coincidences,” and outright aggressions stemming from a patriarchal society, told in minimalist prose. You finish the book realizing the limits of your own female freedom.

Get Kim Jiyoung, Born 1982 on Bookshop or Amazon 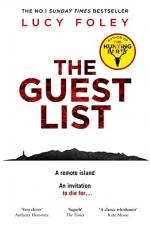 This mystery novel takes place on a remote Irish island, populated solely by a wedding party: the bride and groom, family members, old friends, plus ones, the venue owners, and the wedding planner. Guess what: someone drops dead. Who’s done it? Borrowing the claustrophobia of a remote island setting from Agatha Christie’s classic And Then There Were None, this was a fun Halloween read for us.

6. "With Teeth" by Kristen Arnett 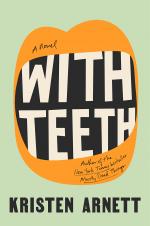 Queer mom Sammie is having a tough time: her entirely opaque, mostly unspeaking son is freaking her out, and her marriage to Monika is sub-optimal at best, with resentment seething between them. Sammie herself is not exempt from strange and questionable behavior, in a family that gets tangled in an increasingly dysfunctional dynamic. The reader soon realizes that Sammie isn’t the most reliable of narrators, and every member of the family contributes their share of the mess…

Get With Teeth on Bookshop or Amazon 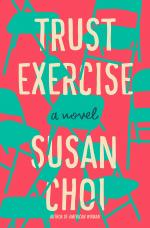 Think theater kid fun gone wrong, set in a competitive 80s high school. Our December shortlist consisted of books that were notoriously controversial among readers, and Trust Exercise did not fail to deliver some heated discussion. Famous for a big reveal that calls truth and perspective into question, this book is undoubtedly great for book clubs — it took us a while just to untangle what happened at the end.

Get Trust Exercise on Bookshop or Amazon 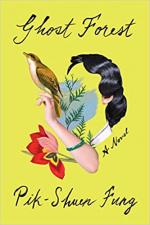 Another of my favorites, Ghost Forest is a delicate painting of a book, crafted with the control of a miniature portrait. It deals with the death of the protagonist’s father — an “astronaut” father who remained in Hong Kong to work while the rest of the family moved to Canada. Written in vignettes, this incredibly moving book examines absence, the past, and the present, and the rich silences of the protagonist’s family.

Get Ghost Forest on Bookshop or Amazon

9. "Sorrow and Bliss" by Meg Mason 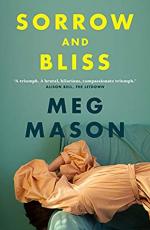 Sorrow and Bliss is becoming increasingly known as ‘the mental health novel’ — it’s about Martha, who suffers from an undiagnosed, unnamed mental disorder. The book asks what it means to receive a diagnosis, and shows the complexity of being the “unwell” member of a family.

Get Sorrow and Bliss on Bookshop or Amazon 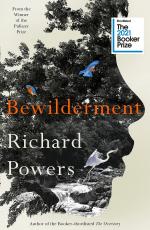 When the world is speedballing toward climate disaster, can you really judge a kid who cannot look past that? What if you’re the kid’s father, and you’ve recently lost your wife — and his beloved mom? These are the questions faced by Theo, father to 9-year-old Robin. This intelligent, heartbreaking book cannot look away from the fragility of the natural world and human beings alike, and will linger in your mind for a very long time.

Get Bewilderment on Bookshop or Amazon

This graphic novel centers around three main characters: disillusioned mother Charlene, Brandon, her young son, and Charlene’s brother, Robbie. In the gorgeous, minimalist comic strips that comprise this book, their silences become as vocal as their few dialogues, as they all process the death of Charlene and Robbie’s father, and Brandon’s grandfather. It’s a sad slice-of-life narrative that zeroes in on all the poignant, minuscule details of everyday tragedy.

Get No One Else on Bookshop or Amazon 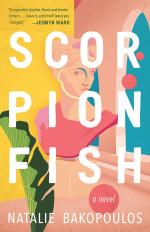 Scorpionfish sees Greek-American academic Mira return to Athens after her parents’ death, and attempt to grasp what the city and her acquaintances in it mean for her now. From the grief she feels for her parents, to navigating the residue of a broken relationship, continuing friendships, and new acquaintances, the city, both beautiful and in decline, becomes a complex emotional landscape for Mira.

Get Scorpionfish on Bookshop or Amazon

Whether you're in a book club or not, I hope you remember to read something new, at least once in a while. Hopefully this list can give you a place to start from!

You can really take this into account, this way of sharing interesting novelties, or just high-quality literary content.

In general, I exchange useful information through communication with my friends or while attending courses. This, for example, helped me learn about the resource https://letsgradeit.com/question/best-compare-and-contrast-essay-topics/  Here you can find really sharp texts on current topics. In addition, specialists fulfill all requirements, ensure confidentiality, safe payment methods, always on-time delivery.

If you are like me, it is hard to find the time while working and studying to read books. But, reading books makes time go by faster and helps alleviate boredom. Need you can visit https://www.techtimes.com/articles/273397/20220323/importance-of-hiring-professional-resume-writing-services.htm for the new latest skills of education. Therefore, I have decided to write a list of new books that I am interested in reading. This is a list of all books that have been submitted to this blog since we started in early May, 2008.