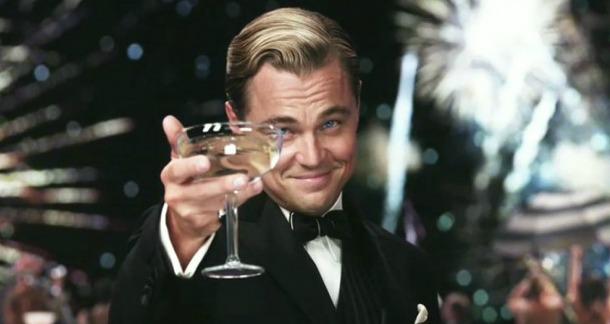 Footnotes is a look at how specific novels were shaped by the culture of their time and how those novels shaped the culture – and are still shaping it.

When F. Scott Fitzgerald died in 1940, he thought himself a failure. He intended The Great Gatsby to be his masterpiece, a tale that withstood the test of time. Instead, the novel was a commercial and critical flop, selling only 20,000 copies in its first year of publication and receiving largely mixed reviews from critics. The reaction was something that greatly depressed Fitzgerald, as he wrote to his editor, the legendary Maxwell Perkins, shortly after the book was released.

After his death, as things tend to go in situations like these, Fitzgerald’s work gained some traction thanks to World War II. Times were tough and morale was low, but Gatsby caught on with soldiers fighting overseas after the Council on Books in Wartime distributed 155,000 copies to them. The enthusiasm the soldiers had for the book spread to the general public. A decade later, Gatsby was required reading in high school curriculums across the country, and the rest – well, you know the saying.

But why did this book catch on during World War II? And why would it be taught in schools ten years later? Why would Gatsby go on to become one of the best – maybe the best – novels of all-time?

The answer is as obvious as one of those infamous Long Island parties: Because Gatsby is America at its most hopeful, most cocksure, most ambitious, and most ignorant.

Underneath all the glitz, greed, glamor, and other countless analyses of the text as personification of the American Dream, Gatsby is a story about class and choosing to either be part of change or part of the resistance to it.

Whether it’s James Gatz’s decision to change his name to Jay Gatsby, or Nick Carraway’s decision to move back to the Midwest at the end of the novel, Gatsby’s conflicts are always rooted in class, particularly an ever-changing dominant class versus those that choose not to be – or, for whatever reason, can’t be – part of it.

Underneath all the glitz, greed, glamor...Gatsby is a story about class and choosing to either be part of change or part of the resistance to it.

Be it economics, race, creed, or the way we choose to consume things in a consumer-driven world, the concept of class in Gatsby has never been foreign to American culture. In Gatsby, and in American history, class has never been something that’s been handed down from generation to generation, and it’s never been how much money one has in the bank. Class has always been determined solely by those who wish to change the established definition of it, which is to say the definition is constantly evolving.

Really, it’s a concept so familiar that it’s the very reason the American Dream of Jay Gatsby is as relevant today as it was nearly one hundred years ago. When Prohibition was raging at the time of the publication of Gatsby, names like Dillinger and Capone were part of the ever-changing dominant class, challenging the status quo, skirting the rules, making a name for themselves, and earning both the respect and disdain of those who didn’t have the balls to join them. They, and many others after them, challenged the established definition of class in America, and they forever changed how we perceived those willing to take a chance.

Gatsby’s story is so classically American that it’s shocking it couldn’t make it through two printings before Fitzgerald’s death, fifteen years after it was first published. But it gave hope to those soldiers on the frontlines of the Second World War. It taught them a valuable life lesson, one so American it would be disgusting if it wasn’t, and that lesson is this: Money comes and goes, and no dream, however improbable, is impossible.

This ideal has become America’s old sport, its never-ending, enduring pastime, the grand ol’ game that we’ve built our rocky foundation on, and it will most likely be the death of us. No matter, because, as Jay Gatsby believed, there’s always a chance that Daisy Buchanan walks into our life tomorrow. There’s always a chance that whatever opportunity we think will propel us into our future will present itself tomorrow, and we'll be better off than we were before. It’s greedy of us to think that way, but Gatsby taught us that when things go wrong, the deceptions of our desires makes us feel right.

When I walked out of a screening of Baz Luhrmann's The Great Gatsby last May, I felt as if I'd just stepped out of a two-and-a-half-hour hallucination, like I was living the opening words of Hunter S. Thompson's Fear and Loathing in Las Vegas.

But there, standing outside an AMC 10, my whole galaxy of multi-colored uppers, downers, screamers and laughers was not a vast collection of narcotics; it was a polychromatic crew of glitter, tinsel, confetti and unmitigated envy of Jay Gatsby’s closet.

An image of me frolicking in a hot mess of colored paper and fancy-schmancy glitter lingered in my head for weeks after. I, like every full-blooded American who watched that movie, wanted to live that life. The question is: Who the hell wouldn’t? And the answer is obviously no one.

What Lurhmann accomplished with his adaptation of The Great Gatsby was not some brilliantly interpreted Best Picture contender. Far from it. But the images he captured are themselves a poignant commentary on life and the way we live it in America, now and always, just like the novel was and is.

I think it’s important we remember what Gatsby looked like on film, the images that came from it, because they show us what F. Scott Fitzgerald always wanted to show us, fans and readers and elitist hypocrites and the idealists in the middle class and the weak and the poor – that, at our core, we’re all weirdly optimistic despite the fact that we know the world is a dark, dark place. We're all naïve enough to think we’ll make it here, because we’ve seen it happen before, and we know it will happen again.

The film and the novel are two separate entities. They're not exclusive to one another, despite the fact we incessantly feel the need to compare film adaptations to their source material. People have – and will continue to – rail Luhrmann's film for focusing on a love story that really doesn't matter a whole hell of a lot in the novel to begin with. Fair criticism, if your intention is to be unfair.

What Gatsby, either in print or on screen, has always taught us about America – and, thus, about ourselves – is that what appears on the surface is never important. It's what's transpiring beyond that, underneath it, in the dark, murky undergrowth, that we should keep our eyes on. That is, after all, how James Gatz transformed himself into a millionaire, by dabbling in the underbelly of the beast.

Aside from my grandiose visions of cocktail parties on steroids – and cocktail parties on uppers, downers, screamers, and laughers – the one thing I took away from Luhrmann's film was the same thing I took away from several readings of Fitzgerald's novel: that America, despite its increasingly flamboyant surface, hasn't changed much since the 1920s. We're still cockeyed optimists and idealists who crave the temporary pleasure of the future over the meandering status quo of the past, and we'll do anything – anything – to convince ourselves that what lies ahead is always under our control, even when it's not. We'll keep hope alive, even when it's dead.

That's what Gatsby is in a nutshell, too: that American Dream masquerading as subtle class warfare, greed, struggle, and failure – failure to learn that change happens with or without us, and it's only a matter of whether your boat is floating with the current into the future, or against it, borne ceaselessly back into the past.

Great concept for a column.

I enjoyed your column. If there is one thing our nation is addicted to--not coke, weed, pills, or heroin--it is hope. As Americans, we never hesitate to ignore the present reality and gaze with wide-eyed optimism to a future we tire of as soon as it gets here, tossing it off like Gatsby's colored shirts, and moving on to the next.