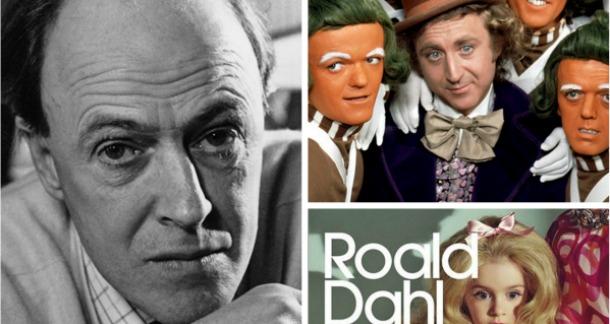 Watch with glittering eyes the whole world around you, because the greatest secrets are always hidden in the most unlikely places. Those who don't believe in magic will never find it.

Roald Dahl Plass sits in the revitalized Cardiff Bay area in Cardiff, Wales. The plass – the Norwegian word for plaza, a nod to its namesake's parental roots – was derelict from World War II until the 1980s, when the municipality decided to regenerate the area into what it is today. Any nerds reading this will recognize the plass as the location of a spatial-temporal rift in Doctor Who and the location of Torchwood Three in Torchwood.

It's safe to say those responsible for naming locations in Cardiff and picking locations for popular science fiction shows had at the very least an admiration of or appreciation for Roald Dahl, the late British writer responsible for stories such as Fantastic Mr Fox, James and the Giant Peach and Matilda, all classics of children's literature.

It was another story, however, that solidified Dahl as one of Britain's best writers and as a pre-eminent children's author across the globe and as someone worth naming shit after, and it came out fifty years ago this year.

My family visited Hershey, Pennsylvania, when I was a kid. When we got to town we rolled down the windows by hand – you young whippersnappers wouldn't know anything about that – and the town faintly smelled of chocolate. We visited the Hershey chocolate factory later, and the smell was so sweet and satisfying you could feel it in your milk chocolate-y bones. I didn't realize this back then, and shame on me for it, but I realize it now: that was the feeling Charlie Bucket must have felt when he stepped inside Willy Wonka's chocolate factory for the first time.

That's the joy of Willy Wonka, Charlie Bucket, Roald Dahl and anything else that lives in their world: we never know what's real and what's not, and that's okay.

I didn't come to that realization then because Dahl's Charlie and the Chocolate Factory was just a book I had read a few years prior and it didn't mean all that much to me. Don't get it twisted – I thought then it was a great book, and I adored it (and still do), but Charlie and his chocolate factory wasn't something I fully appreciated until I got a bit older.

I think that's how it is for a select group of children's books. They're good stories with interesting characters when you're 7 or 8, but when you're 27 or 28 they're eye-opening works of Literature, capital L and all. Charlie and the Chocolate Factory is no exception. In fact, it may be the best example of a children's book that teaches you different lessons, focuses on different themes and changes genres as you get older, morphing from a story about a kid winning a chance to visit a mysterious candy factory into a story that touches on themes such as consumerism, the economy, racism, and the cutthroat competition among corporate manufacturers.

Consider this: when Dahl published the book in 1964, America was finally moving on from years of war and the November '63 death of President John F. Kennedy. Idealism was again strong, and so was our imagination; our economy was growing again, and so too was our corporate-industrial base. Charlie and the Chocolate Factory, with its many commentaries on these things, was in the right place at the right time, breathing life into American culture like that meal blew air into Veruca Salt's fat ass.

Charlie and the Chocolate Factory is also a great example of how a work of fiction can wholly penetrate popular culture. Sure, the 1971 film adaptation had a lot to do with that, but the book still sells hundreds of thousands of copies a year, so hush up your movie-is-holier-than-book noise.

And that doesn't even scrape the iceberg of famous quotes from the movies, ranging from things tasting like snozberries to things being scrumdiddlyumptious.

Not a bad contribution to culture for a book that got mixed reviews and a movie that flopped at the box office.

Which reminds me: I'd be remiss not to mention Gene Wilder in this column, so I'll leave you with a chocolatey nugget.

In his memoir Kiss Me Like a Stranger, Wilder admits to accepting the role of Willy Wonka under one condition:

When I make my first entrance, I'd like to come out of the door carrying a cane and then walk toward the crowd with a limp. After the crowd sees Willy Wonka is a cripple, they all whisper to themselves and then become deathly quiet. As I walk toward them, my cane sinks into one of the cobblestones I'm walking on and stands straight up, by itself; but I keep on walking, until I realize that I no longer have my cane. I start to fall forward, and just before I hit the ground, I do a beautiful forward somersault and bounce back up, to great applause.

When asked why he wanted to do that, Wilder said:

Because from that time on, no one will know if I'm lying or telling the truth.

And that's the joy of Willy Wonka, Charlie Bucket, Roald Dahl and anything else that lives in their world: we never know what's real and what's not, and that's okay.