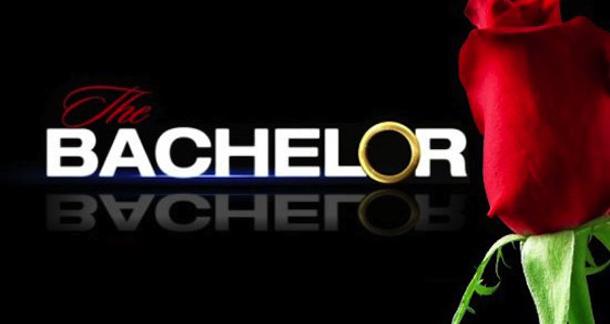 I didn’t expect to become a fan. I really didn’t. I read award-winning books. I have watched the entire run of The Wire, TWICE. I don’t watch reality TV garbage. But then I started watching The Bachelor and The Bachelorette with my girlfriend, Leza, when we first got together. In fact, our very first date consisted of eating Thai food and watching The Bachelorette. I don’t think I need to tell you who got the rose that night. For real, though. I can’t even front. I love this stupid show. For three years now, I have watched it live, and been hooked since I saw Andi give Nick his ‘first impression’ rose. Does this mean I’m a philistine or that I’m pussy-whipped by my future wifey? Possibly. Or maybe The Bachelor/ette actually uses some solid storytelling techniques. Many of you serious writers reading this right now are probably rolling your eyes, but believe it or not, I will now share with you some great writing tips that I've picked up from watching these shows. Look at this guy. He looks like a Midwestern Vitamin Shoppe manager or a rejected actor from Lifetime’s Glee: The True Story. He’s been on the Bachelor/ette shows three times. Four, if you include Bachelor in Paradise. He’s been rejected three times, acted salty on national TV, and slut-shamed the Bachelorette for sleeping with him but not picking him. He is also kind of boring. I find him a little fake, and I really don’t like the guy. But with all my heart, I wanted to see this putz find love. Why? Because I can relate to his desire. Falling in love, having a break-out book, winning a championship, getting a desired job, etc—anything that is life-changing makes me care and root for another person. He is flawed and has romantic issues galore, but I kept watching to see if he’d find love. This is a very basic storytelling skill, but many times following the basics can be the most effective technique. If we see a character with a flaw and desire, but they have to overcome that flaw to achieve their desire—that will lead to an entertaining and engaging story.

There have been some really good villains on both The Bachelor and The Bachelorette. I wish DC Films would take note because all their recent movies have sucked. DC hasn't been able to come up with an engaging antagonist since Heath Ledger’s Joker. The Bachelor/ette gets this and makes sure we get at least one memorable villain each season.

Chad was great for The Bachelorette. When he wasn’t busy bullying the other contestants, he could be seen stuffing handfuls of turkey meat into his mouth. He had a serious case of roid rage, and even tore a guy’s shirt in a scuffle. He was a total asshole, but he was at least an amusing asshole.

Corinne is a spoiled and wealthy South Floridian narcissist who loved her nanny. The tagline of 2017 was without a doubt: “My heart is gold but my vagine is platinum.” Basically, she is a female twenty-something Donald Trump. She is self-centered, vapid, greedy, and shallow as all hell, and I loved every second she was on the show. She kept the story interesting, like all good villains do. Everyone hated her. She was the most attractive but least wifey of the lot, causing great inner conflict for Nick, between wanting to get laid and trying to find love. Like most great villains, she understood power dynamics and acted fearlessly. All the other women hated her with a passion and tried constantly to throw her under the bus. I will probably watch the crappy spinoff, Bachelor in Paradise, if she was on it. A memorable villain that upsets every one around them and tempts the protagonist from their desire will always make a story better.

What hooked me onto The Bachelor/ette was the great set-up. The show has a large, cult-like audience (#BachelorNation) because of the appeal of the first two episodes of a season. They introduce 20 characters, giving them 15 seconds of backstory and 15 seconds with the Bachelor/ette. You get a feeling for the contestants and then you see how they interact with the Bachelor/ette. From the get-go, I am engaged; I’m studying body language and trying to figure out who does the Bachelor/ette seem to be clicking with. I am wondering who is going to make it past the first round. I start wondering about what will happen in the end. The producers of the show provide an immediate payoff when the first impression rose is given out. It is interesting to see if the Bachelor/ette picks the most attractive, the most interesting, or the most charismatic person. It works like a good story, because they are showing you who these people are. There are clear stakes from the opening scene. This is good storytelling.

One of the hardest things in fiction can be to keep the second act interesting and maintain the narrative momentum. J Michael Lennon, author of Norman Mailer: A Double Life once referred to the second act as ‘the miserable middle.’ The Bachelor/ette embodies this struggle. By the middle of the season, half the contestants are gone. All the fun feuds are no longer in play. This is where the show’s momentum can drag. But a simple switch up of the location livens up the atmosphere. Romance blooms while drinking in Mexico, or being flown to Iceland to go horseback riding with the Bachelor/ette through a snowy valley. A change of scenery makes each moment feel more monumental than it probably is. Exotic and different locales seem to make the scene work. Game of Thrones does this when they have a lot of exposition—they basically use a naked woman as an info-dump. Exposition and the second act can be difficult to make entertaining, but The Bachelor/ette uses budding romance and an atmospheric setting to keep the viewer’s attention.

I am working on a novel with a ‘battle royale’ plot (there can be only one). The device works whether it is Battle Royale/Hunger Games type story or any professional sports’ playoff. The Bachelor/ette is popular because it’s that same idea, but with broken hearts instead of broken necks. I ended up writing an MFA thesis paper on why the ‘battle royale’ plot works so well. It speaks to the primal fear of not being good enough, not being able to get what we desire because we are not as fit as others. It’s some hardcore Darwinian shit. While Buddhists and other stoics (shout out to Ryan Holiday) preach that overwhelming desire is bad for our spiritual health (and I kind of agree), desire and conflict make a story more compelling. The ‘there can be only one’ plot that involves competing for love, ego gratification, and status, can seem very shallow and stupid, but underneath the melodrama are survival triggers that tap into our reptilian brain. The Bachelor/ette shows that when you have a story with clear winners and losers people are going to stay engaged. When the higher order of Maslow’s Hierarchy of Needs, like love, self-esteem, and sex are threatened in a primal way, a truly great story can emerge.

Any other writers willing to admit they watch The Bachelor? Learned anything from it?

I think this took balls to write. Between the honesty, the lessons learned and shared—Good one, Christoph. Looking forward to more columns.

Thanks Nathan, I appreciate it.

Very nicely done, Christoph! I've been meaning to read this for a while and I'm glad that I did because your tips are sound. Every one of them. And I agree with Nathan that writing this took a lot of guts--you're awesome! It doesn't matter where said advice is centered around, but that they occurred to you and you, in turn, wanted to help us fledgling writers realize the same. Bravo!!