5 Reasons Why You Should Write a Screenplay 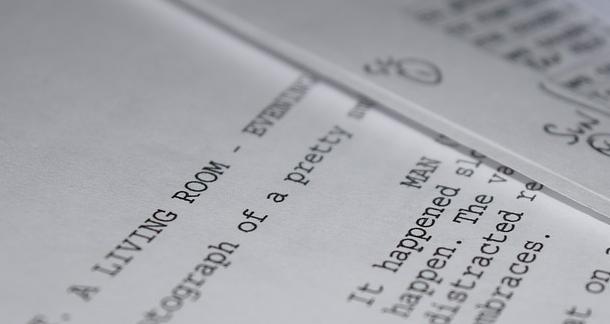 Let's start with a story. A trip down memory lane, if you will. The year was 2003, and I had just finished watching Con Air for the eight-hundredth time. In that viewing, something struck me—something wonderful. The story wasn't over. When Cameron Poe is reunited with his family at the end, we are led to believe the story ends there, but it doesn't. Steve Buscemi's character, Garland Greene, escapes and no one seems to care. He was having fake tea with a little girl for God's sake. He was throwing dice at a casino like he's not the Marietta Mangler, dammit. I could not let this stand.

So, I decided I'd write the sequel. I'd fire up the old Microsoft Word, hammer out a story, sling that bad boy off to Jerry Bruckheimer, and all would be right in the world. Sadly, that's exactly what I did—or what I tried to do.

A few Google searches here, a few "eh, fuck it, good enoughs" there, and I had myself a feature-length screenplay. A sequel to Con Air. A masterpiece. I immediately searched for Jerry Bruckheimer's contact information so that I could notify him of my creatively titled gem, Garland Greene.  Shockingly enough, I could not get in touch with Jerry.

But my love of writing was stoked.

It was a roundabout way to realize I loved writing, starting with screenplays. But I'm happy and lucky that was my path. Writing screenplays—and I swear they got better—taught me many of the things I now use in my prose. But most importantly, writing screenplays taught me how to finish something. With that in mind, let's take a look at five reasons why every writer should write a screenplay.

Don't ignore this one. Community, especially writing communities, are an important part of development. They provide the foundation for which your writing can grow. Through feedback, encouragement, and sometimes friendship, you will find yourself in a better place. The screenwriting community is made of writers of all sorts. Poets and prose writers, playwrights, and those who only write screenplays. The varying background in this tight-knit and competitive community will help you. But you have to find them.

Once you've written a screenplay, it's easier to see that completion isn't a word count or page count. It's the wrapping up of a story. It's getting to the end.

When I was writing screenplays, Trigger Street Labs was still a thing. So, much like LitReactor's workshop, screenwriters could upload a script and have it read as long as they earned enough points by reading other people's scripts. Since Trigger Street Labs shut down, here are some other options:

There are plenty of other options out there, so get out and find your community. But write your screenplay first.

Screenplays Force You to be Sparse

Not to say all writers must be minimalists, but writing a screenplay helps you achieve more with less. With a screenplay, you can't write what can't be shot. So, you have to choose your words wisely. Your action must be tight, it must be declarative and evocative. And in lieu of that, you must use dialogue.

A screenplay is like a good juicer (not like that shitty internet connected Juicero juicer). It takes something that's already pretty good (in this case a story) and squeezes out just what's needed to nourish...or entertain. Shit, I lost track of this metaphor, but I think you get it. Christopher Shultz nailed it in his article, How The Rules of Screenwriting Can Improve Your Prose Fiction:

"Set the proper mood quickly and concisely, then let the dialogue carry the scene/plot along."

Your Dialogue Will Improve

See above. When you're forced to set the proper mood, or set the scene and let the character take things from there, you're also forced to make people talk. There's not a hard and fast rule about what percentage dialogue should make up in your screenplay, but it's a safe bet that percentage is higher than the percentage of dialogue in a novel.

As screenwriter John August points out on his blog, you have to make sure your characters aren't just speaking but are actually listening. The art of showing listening through dialogue is a difficult one to learn, but once it's mastered, your dialogue will reach new levels of realism. Or Sorkinism (which is like realism but faster, I think). Sure, this doesn't just apply to writing a screenplay, but it's kind of required of screenplays. 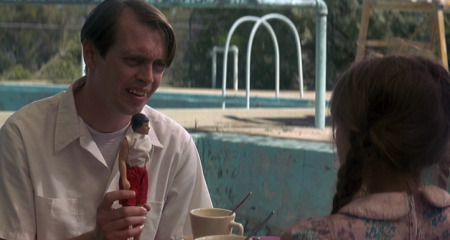 This may not be necessary for writing a short story or even a novel, but it certainly doesn't hurt. I don't outline, but as I'm writing, I have a natural feel for the three main acts of my story. Knowing where one act will end and spin the conflict into the next act is important. It's helpful in knowing what you need to do next, but it's also like a milepost along the way. Something you can celebrate while continuing to push forward.

What is the three-act structure? Well, damn. The whole point of this article is to convince you to write a screenplay, so do that and you'll find out. Or just look below:

Per The Script Lab, the three-act structure is The Set-Up, The Obstacles, and The Resolution. There's more to it than simple titles of course, and I encourage you to visit each of those links.

Aside from helping plan and execute your story, the three-act structure is a good reminder that something needs to be happening. It's not perfect, but at least understanding how the three acts work will help you keep your characters on a path moving forward.

Write a script, learn the three-act structure, use it as a guide. Or don't. Either way is cool with me.

It Will Teach You To Finish

I mentioned above that the three-act structure acts as my loose outline (since I don't actually outline). This is a driving force to completion of anything for me, but part of that ability to complete my stories and novels is the fact that I learned to finish screenplays first. There's an odd stepping stone path to completion with writing. When you first start out, it feels damn impossible to write something 10,000 words long, let alone 100,000 words long. So, you have to hit milestones. You write a short story, then a longer story, then a longer one. But how do you make that big jump to novel-length completion?

My recommendation? Write a screenplay.

Once you've written a screenplay, it's easier to see that completion isn't a word count or page count. It's the wrapping up of a story. It's getting to the end. Use the three-act structure as a propulsion device to complete that first screenplay, then apply what you learned to your prose. I promise you it will be easier. And it will continue getting easier each time you do it.

Revisions will always suck, but getting to The End of draft one can be easier. Let screenwriting prove that for you.

5 Storytelling Lessons You Can Learn From the Films of 2013

10 Reasons Your Screenplay Sucks (and how to fix it)