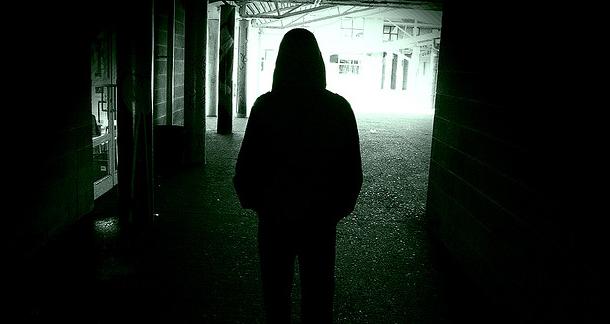 Although Markus Zusak may have popularized the idea in his YA novel, The Book Thief, literary theft isn’t exclusive to the realm of fiction. It might be a relatively unusual crime, but every now and then, someone runs sticky fingers through a library catalogue. Although some heists make for an interesting story from a third party perspective, the loss of even a single valuable book can be devastating to a small business. The International League of Antiquarian Booksellers keeps an updated database of stolen books here. 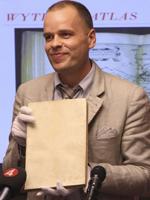 Between the years of 1995 and 2004, a man named Anders Burius stole at least 56 extremely rare books from the National Library of Sweden. As a senior librarian, he knew the building and its collections intimately. Instead of fulfilling his role as cultural steward, Burius decided to use his librarian powers for evil, and many of the tomes he removed from the library are still missing. After destroying any relevant card catalogue information and identifying markers on the books, he sold them to a German auction house that paid for the black market goods in cash. Some of the lost titles include a 1633 edition of John Donne poems and a record of the voyages of Samuel de Champlain. A full list of the missing titles can be found here.

(Note: the man in this photo is not Anders Burius, but rather an investigator proudly displaying a recovered atlas Burius stole; image courtesy The History Blog) 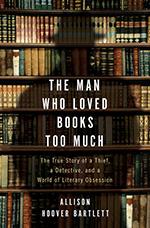 John Gilkey was the subject of Allison Hoover Bartlett’s The Man Who Loved Books Too Much, a true story of how he stole $200,000 worth of rare books and manuscripts. Bartlett interviewed Gilkey several times, during which the thief admitted that he was primarily motivated by a desire to attain a higher social status. Basically, he wanted a really impressive bookcase. Because he wasn’t reselling the titles, Gilkey proved especially difficult to track. After stealing his first manuscript at the age of 29 with a bad check, he went on to defraud dozens of booksellers with credit card numbers he collected from his job at a luxury department store. This thief was apprehended in 2003 due in part to the detective work of Ken Sanders, whom Bartlett profiles as being as dedicated to stopping book thievery as Gilkey was to perpetrating it. 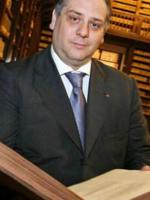 In 2012, over a thousand stolen library books were found in a storage unit in Verona Italy. The volumes were traced back Marino Massimo De Caro, a former director of the Girolamini Library in Naples. With works by Aristotle and Galileo in the mix, the Girolamini heist has been called one of the worst to ever hit the rare book collecting world, and the damage is still being tallied. A New York Times article writes, “Mr. De Caro and his associates were eventually found out by a brother-and-sister team of whistle-blower librarians at the Girolamini who gave prosecutors video surveillance footage showing Mr. De Caro and his associates removing boxes of books from the library before covering a camera’s lens.” De Caro was arrested, and a number of other individuals are also being tried for possible connections to the crimes, including a priest. 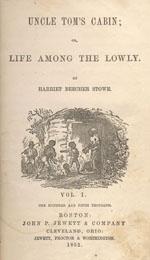 Heath stole a hundred books or so from Becker College in Worcester, MA, partly from a collection that included an original copy of Uncle Tom’s Cabin and several other texts signed by leading anti-slavery figure Rev. Samuel May, and Abraham Lincoln. He was caught after a bookstore he pawned several stolen titles to tried to resell them to the Leicester Historical Society. Heath, who worked as a janitor at the college, was caught trying to get rid of a few more on Craigslist. It seems a bit anticlimactic to stick this crime in beside the thefts of works by Aristotle and John Donne, but Heath’s story hammers home the ease with which old books sometimes slip from their shelves. Keep your friends close and your libraries closer, I guess. 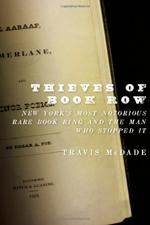 Of the thieves on this list, Gold’s crimes go the furthest back in time. A book dealer during the Jazz Age in Manhattan, Gold was an organizer of a large smuggling ring. Thieves of Book Row by David McDade sheds light on the forgotten story of a wide-reaching conspiracy to raid American libraries and resell their most valuable acquisitions to antiquarian bookstores. The thieves met their downfall when they got too cocky and took on the New York Public Library, which had its own special investigator. After pilfering an incredibly rare book of poems by Edgar Allen Poe, most of the thieves involved with the ring eventually wound up behind bars.

Any other book thieves not mentioned here? Tell us about them in the comments section.

Nice article. For a tale by a former book thief you should search out Richard Rayner's memoir The Blue Suit. Rayner writes of his time at Cambridge University and his book thievery. Well written and a good read. It's more than likely to be out of print but I'm sure copies can be picked up on Amazon cheaply. Published in 1996 by Picador UK. Also available on the Kindle.

Customers often find them through social media and word-of-mouth referrals because requirements for becoming a professional cash app customer. The best essay writing service share some of the personal experience that might help you to choose the right book.

Best article about best 5 five books about books  thieves. i want to purchase them is amazon accepting Credit card is any other option available to purshase them,

Hey there, interesting opinion guys! I need help with my case study in law history, I found this writing service https://www.assignmentholic.co.uk/our-services/case-study/, hope they will help me. Because nowadays it is really hard to find good writers.