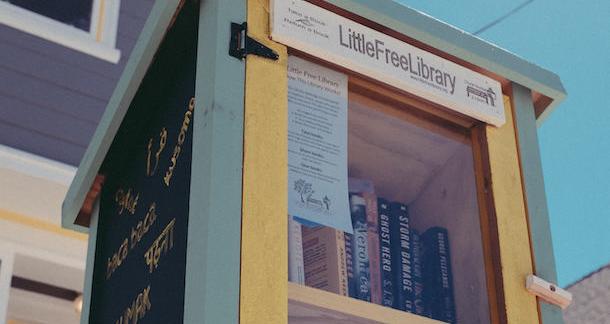 In recent years, I've developed a taste for these sorts of books. Like heirloom tomatoes or wildcrafted mushrooms, they often have a regional flavor. Like small-batch spirits, they tend to feature stronger, stranger flavors. And like a chef's tasting menu, they often take risks that no big publisher would dare.

These books are never going to be for everyone, nor would they want to be—but in my opinion, many of them deserve a much bigger readership than they've found. Consider this my personal list of cult classics in the making. 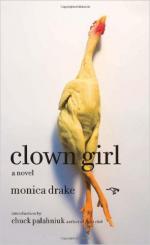 Maybe now that Hawthorne Books has merged with Dzanc Books we can't properly think of it as a small press—at least not in terms of the shoestring budget many such publishers operate on. But Clown Girl by Monica Drake, published in 2007, is to my mind a perfect example of a small-press book that takes the sort of risks few major publishers would dare.

This "darkly comic" novel, set in a place called Baloneytown—a neighborhood so poor that drugs, balloon animals, and even rubber chickens are part of the local currency—follows the title character's struggle to become a great clown, even as she struggles to make ends meet. Clown Girl's desire to avoid the scourge of "corporate clowning" and join the ranks of Charlie Chaplin and Buster Keaton may make her exceptional in some ways, but in other ways, she's just like any young creative trying to resolve the often absurd gap between what it takes to make it as an artist and what it takes to pay the rent.

Bonus: Some of the most delicious, stylistically brilliant prose this side of Ursa Major. 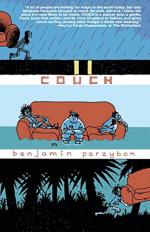 The main characters of some books want to save the world, or save themselves, or discover the answer to life, the universe, and everything. The main characters of Parzybok's Couch—Thom, Erik, and Tree—just want to accomplish what you lured your buddies from college over to do: move a couch. But this couch is so much more than a couch, and in the course of moving it, these three friends may, in fact, save the world (part of it, at least), save themselves (from a vast network of people who are after said couch), and uncover an ancient secret (which may or may not be a conspiracy theory). It's astounding that a book built on such a simple premise could acquire such heft over the course of 256 pages, but it does.

Publisher Kelly Link is justifiably famous as an author for doing whatever the fuck she wants, and that's exactly what she does with her small press, Small Beer—which publishes straight-ahead, complex fantasy novels on the Le Guin continuum alongside utterly unclassifiable novels such as Couch. Want to know how weird and wonderful small press publishing can be? Read this book. 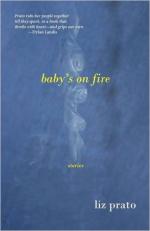 If you're like me, a lot of short stories being published by literary magazines, no matter how technically adept, leave you cold—their sticky situations and tragic complications and sexy circumstances alike feel distanced, played for effect, affected. Not so the twelve stories in Liz Prato's Baby's on Fire, a powerhouse collection of small tales that pack a big punch.

Whether it's a young woman grappling with her parents' divorce, a lady on vacay with her boyfriend who winds up running off with the tour guide, or old friends who've always sort of been in love, the complicated circumstances within Prato's pages always feel achingly real, the sex actually sexy, the tragic truly tragic. Moreover, these stories—many of which are set in the West and feature female protagonists—all feel like they're happening to particular people in particular places at a particular moment of time, which shouldn't be a distinguishing feature in short fiction, as far as I'm concerned, but often is. These stories feel like art made of the real, messy stuff of life, and the compassion Prato shows for her characters shines through on every page. 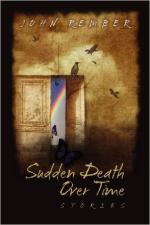 4. 'Sudden Death Over Time' by John Rember (Wordcraft of Oregon)

Tim Sandlin, author of the GroVont Quartet, says of Joh Rember, "No one I know of comes close to his mastery of the short story." Folks like Tim O'Brien and William Kittredge have had nice things to say about Rember's work as well—and yet, chances are good you may never have heard of him.

I know of John Rember because I worked with him, as did many writers across the Northwest in his long teaching career—but had I not, I wouldn't have known of his work either. Which is, may I say, a fucking shame, because the short stories in this slim masterpiece are as good as any you'll find anywhere. From the vagaries of the tenure track to the unintended consequences of late capitalism in higher ed—with stops along the way for the many forms of sexism faced by women in academia, and the many ways that the life of the mind can cause problems with other parts of the body—this is razor-sharp academic satire, painfully funny and surprisingly deep, stories that strike at the heart of the rot in our culture while making you laugh. No small feat. 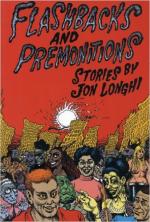 Manic D is serious about the Bay Area literary tradition of weird shit, and Flashbacks and Premonitions from Jon Longhi—whose work has been compared to that of Charles Bukowski and Hunter S. Thompson—is the case in point. Where a collection like Denis Johnson's Jesus's Son might feature stories about fringe characters with serious drug habits, Flashbacks and Premonitions is more like the stories those people might tell to each other.

I love this book not just because it's centered at the margins of society but because it might as well exist on a different planet than the margins of society in virtually any other place. Longhi's West Coast is a sort of Galapagos of the weird, where oddballs and visionaries and recalcitrant slackers long ago walked away from whatever was going on with the rest of the country, and now, decades later, have developed their own mores, metaphors, and mental illnesses. It's as compelling a portrait of a world beyond the mainstream as John Waters's Baltimore circa 1972, and though it was published nearly twenty years ago, it still feels edgy. Imagine that.

What are some small press books you feel are under-rated? Shout 'em out in the comments.

I'd enjoy reading all of them(just by reading the review).

Maiden by Karina Bush should be on this list.

Susan DeFreitas from Portland, OR is reading Your Heart Is a Muscle the Size of Your Fist by Sunil Yapa September 19, 2016 - 10:07am

Good to know, Paul, thanks!