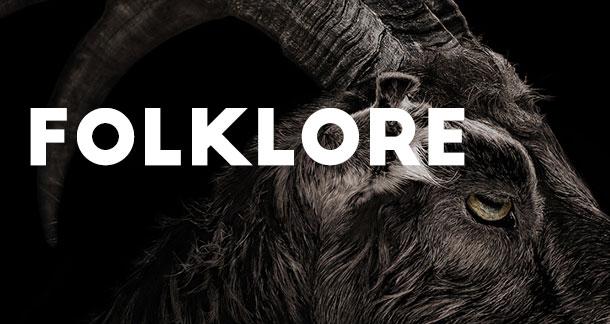 Folk horror isn’t really a fiction genre per se. It usually refers to a certain kind of British horror movie that came out in the 70s, films like Wicker Man, Blood on Satan's Claw, and perhaps Witchfinder General, among others.

The Witch is currently making waves as a lovingly crafted period horror flick, so there's interest in these stories, be they set in the 17th century or today (can I claim Lords of Salem fits the genre? I can and I will). Stories of witchcraft, old gods and old religions, the blurred lines between the natural and the supernatural; they're really effective when combined with horror.

But if folk horror was a genre of fiction, what books would be its prophets?

Here's a short list of (mostly) recent novels and novellas to sink your teeth into. 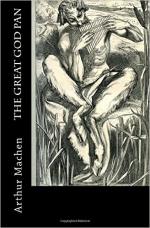 Consider this entry as a stand-in for all the classics. Most Arthur Machen stories and novellas, Algernon Blackwood's body of work, Lord Dunsany, some of Robert Aickman's stories. If you're into classic horror or spooky folklore, you can't go wrong here.

Still, as far as folkloric horror goes, this is probably one of the best examples there is. 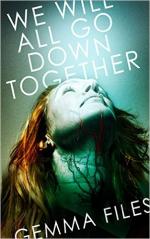 2. 'We Will All Go Down Together' by Gemma Files

Devize, Glouwer, Rusk, Druir, Roke - these are the clans who make up the notorious Five-Family Coven. Four hundred years ago, this alliance of witches, changelings, and sorcerers sought to ruin and recreate the Earth in their own image, thwarted only by treachery that sent half of them to be burned alive.

Something a little bit different. We Will All Go Down Together is a short story collection about the five covens of a weird little Canadian town and what happens to them. A mix of novel and collection, the narrative is cohesive enough I'm liable to just call it a novel. It's steeped in folk monsters and things that go bump in the dark and the setting is interesting, at least to a non-Canadian. 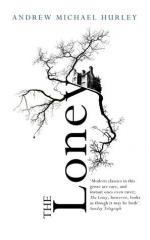 3. 'The Loney' by Andrew Michael Hurley

A new arrival, The Loney came out this year to heavy critical acclaim. It's a welcome addition to the kind of book this list was made for. And it's set in Britain.

When the remains of a child are found on the coast of the area called The Loney by locals, a man is forced to come to terms with what happened there forty years earlier. When he was a child, his religious mother moved him and his disabled sibling to the same area. Together, they undertook a pilgrimage to a rock that would supposedly heal his brother.

Only the locals don't like strangers and they seem to have some really sinister beliefs. Beliefs that aren't exactly Christian...

Okay, so that came out a bit cheesy. It's still a terrifying novel and you should give it a spin, because you'll be seeing a lot more of Hurley in the years to come. Better hop on the bandwagon early. 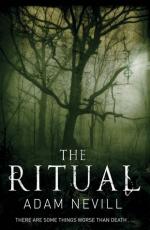 A novel I've talked about here before, it's a really good example of pure folkloric horror. Written by a Brit, it's actually based on Scandinavian (Swedish, to be more specific) folklore about a goat-like being.

Four buddies head out into the deep woods of Northern Sweden. They get lost and encounter what are essentially the ruins of an old abandoned community. The old house they take refuge in for the night brings them nightmares and with them, the attention of something ancient.

The first half is really, really strong and incredibly creepy. The second half less so, but it all evens out. 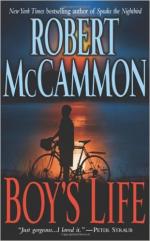 Now, bear with me. Is this really a folk tale of horror?

Sorta. Yeah, it's 60's suburban America, but small town lore is integral to the tale. I wouldn't say it's a particularly scary book, but it's masterful storytelling nonetheless and it does have its creepy moments. They're just a bit far apart in this behemoth of a book.

Boy's Life is about a kid growing up in the South in the 60's. He witnesses a car accident; a car drives off a cliff and into the water. His father tries to help the occupants. The who, what and why of it all kicks off the plot thread that tuns through the novel, which is more or less a series of vignettes about growing up in the US during the 60s, intermixed with some spooky events and the undercurrent evil of middle America.

It's an easy read and one of my favorite books.

Hopefully something here grabbed your interest. Something to scratch your itch after seeing The Witch or while you wait for it to come out in your neck of the woods. What did I miss? What's your favorite folklore-inspired horror book? Let us know in the comments.

I'd love to throw a shout-out to Matthew M. Bartlett's GATEWAYS TO ABOMINATION here, which is rooted in New England folklore. His stories form a mosaic of horror centering on the town of Leeds, Massachusetts. I had to reread it after seeing THE WITCH.

Joshua Chaplinsky from New York is reading a lot more during the quarantine March 12, 2016 - 9:31am

I read Lords of Salem recently, because I've been on an Evenson kick. I had just seen The Witch. While totally different, they were a nice thematic double feature.

The Hexslinger Series by Gemma Files is also amazing! It's a trilogy (starting with A Book Of Tongues) that deals with magicians and magic in the wild and weird West, and mixes in a heavy dose of mythology from Latin America. Absolutely incredible! I have read We Will All Go Down Together and The Ritual from this list, and both were spectacular.

Most of Phil Rickman's books would fit in this list nicely.

A solid list, but I have some thoughts on the matter. Thomas Tryon's Harvest Home really deserves to be included here. I would also add T. E. D. Klein's The Ceremonies (although you sort of covered this base with Machen, as Klein's novel takes much of its inspiration from The White People). Christopher Buehlman's Those Across The River is a more recent selection that would fit nicely here as well.