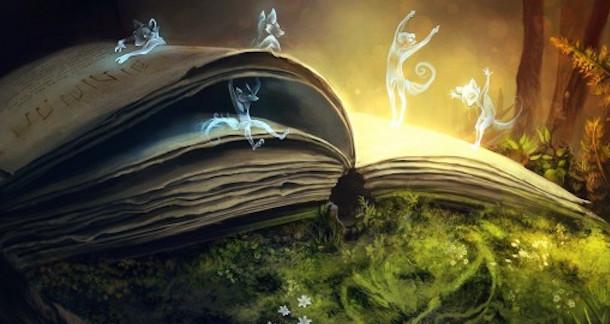 When it comes to transporting readers to a whole new world, no genre is quite as creative and captivating as fantasy, and in young adult literature, there is a wealth of stories just waiting to take you away. Although every fantasy novel is bound to be rich with imagined worlds and tried and true tropes, no two stories are quite the same.

Fantasy lovers have recently been rewarded with the runaway success of Victoria Aveyard’s Red Queen, sitting on the New York Times Bestseller list for the sixth week in a row. But after devouring the first installment, the wait is long for a sequel. While you’re waiting, there’s no better time to dig into other YA fantasies, and we have four additional series to keep you busy while you wait. 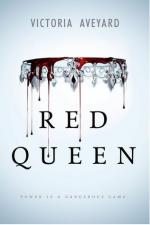 Seventeen-year-old Mare Barrow is a Red, a poverty stricken commoner living under the rule of the elite Silvers, who are warriors with astounding god-like powers. She believes her fate is sealed until she finds herself working in the Silver Palace, working for the people she hates more than anything. Everything changes when a disturbance at the Palace reveals that Mare possesses a deadly power of her own that threatens to destroy the careful control the silvers hold over society.

This is a wonderful dystopian fantasy with incredibly well rendered world building and compelling characters. The plot is deftly written and action packed with intrigue and danger on every page. There is loads of suspense, and a light romance that doesn’t overpower the main plot of the story. If you haven’t yet fallen in love with Aveyard’s debut, now is a great time to start. 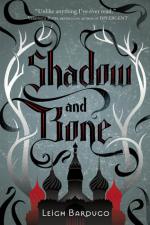 2. 'Shadow and Bone' by Leigh Bardugo

Alina Starkov lives a quiet, unassuming life in the once-great nation of Ravka, which has been torn apart by the Shadow Fold. With impenetrable darkness and flesh-eating monsters preying on the people, Alina serves in the regiment alongside her best friend. When the regiment is attacked on the Fold and her best friend is brutally injured, quiet Alina reveals a dormant power that not only saves his life, but also might be the key to setting Ravka free from the darkness. She is immediately whisked away to the royal court to be trained as a member of the magical elite known as the Grisha. Led by the mysterious Darkling, Alina realized that being a Grisha isn’t at all what it seems. Confronting the secrets of the Grisha and the looming power of the Darkling, Alina must harness her untamed power and fight for her freedom.

In this novel, Bardugo has woven a beautifully depicted, uniquely magical story set in a gorgeously bleak landscape. With unparalleled world building and a character that grows exponentially from her trials, this book is a compelling and captivating read. Plus, with all three books in the trilogy already available, you can dive right in and read the whole thing now. 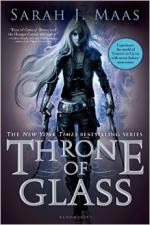 Calaena Sardthien lives in a land without magic, where the king rules with an absolute hand. But Calaena is an infamous assassin known throughout the lands as the deadliest and most feared killer there is. But her life is not her own. When Calaena is summoned to the castle, she is not there to kill the king, but to win her freedom. She must defeat twenty-three of the most adept thieves, killers, and warriors in a competition to be released from prison and serve as the king’s champion. It is not an easy path, but one that will lead to her ultimate desire— freedom. But with something altogether evil dwelling in the walls of the castle, Calaena’s competitors start to die one by one, and Calaena must fight not only for her freedom, but for her own survival.

This novel has everything you could possibly ask for in a fantasy, including a captivating world, a kickass female lead character (I mean—she’s an assassin, c’mon!), a little bit of magic, and a whole lot of mystery, all wrapped up with wry humor and a believable romance. 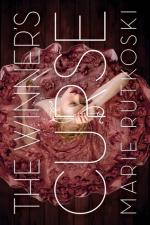 4. 'The Winner’s Curse' by Marie Rutkoski

Seventeen-year-old Kestrel has two choices as a generals’ daughter in a vast empire that revels in war. She can join the military, or get married. But Kestrel has never been one to follow rules. One day, Kestrel finds herself at a slave auction, and following her instincts; she buys a young slave named Arin, who has a rebellious streak. As she learns more about the young man, she falls for him and must hide her growing affections. But Kestrel isn’t the only one with secrets, and she soon finds that the price she paid for a fellow human is much higher than she thought.

With a strong political aspect and an impossible love story, this beautifully written book will captivate fantasy lovers. Its strengths lie in the depth of the complex characters and the difficult moral dilemmas that stand in the way of the protagonist finding her way. 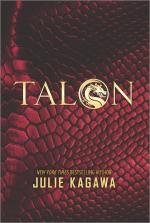 Hiding in human form, the dragons of Talon are strong, slowly growing their numbers to take over the world with humans none the wiser. Their only sworn enemy is the Order of St. George, a society of dragon slayers hell bent on hunting dragons to extinction. Ember and Dante Hill are an anomaly in the dragon world—the only sister and brother known to dragonkind, and they are trained to infiltrate society posed as teens in a sunny beachside locale. Ember is looking forward to a summer of freedom before being tied forever to Talon, but with the Order of St. George tracking her every move, her life is in danger. When she comes face to face with soldier Garret Sebastian, alliances are tested and the truth about dragons is questioned.

This is a completely original and uniquely executed fantasy. The idea of a fully-fledged fantasy element like dragons dropped right into the middle of a contemporary setting is intriguing and well done in this fast paced fantasy novel.

These are just a few of the many wonderful YA fantasies available to whisk you away to faraway worlds. With some of the series completed and ready for binge reading, and others awaiting sequels, there’s sure to be something for fantasy lovers to enjoy.

What is your favorite young adult fantasy?

I've been reading Red Rising and it's a very entertaining book so far. Good ol' YA in a sci-fi setting.