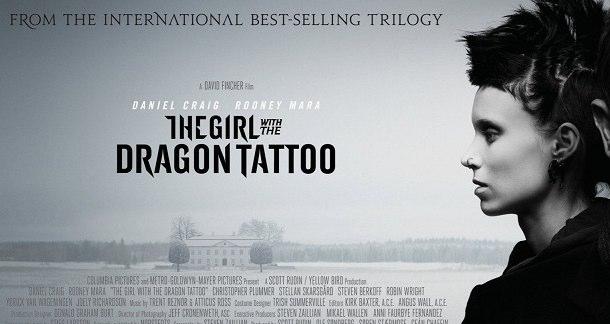 For a guy who's no longer among the living, Stieg Larsson has had a hell of a few years. His Millennium series, which includes The Girl With The Dragon Tattoo, sold scores of digital and paper copies, breaking eBook records and driving awesome numbers for the publisher in an otherwise crummy year for book sales.  And then the movie came out.

While tirelessly pitching screenplays to bored interns in Los Angeles is certainly one way to get your dream movie made, in the last few years, some of the biggest blockbuster hits haven't been penned by film school goobers who share crowded studios--they've been adaptations of already-successful novels. And while "write and publish a bestseller" is on just about all of our personal to-do lists, it may be a better goal to work toward than just trying to get a screenplay through to someone who will actually read it. After all, if you go the book-to-movie route, you're not only signing on for legitimate household-name status (paging J.K. Rowling), you're also basically hitting the jackpot for longevity and sustained sales.

The Help, for example, did well on the outset, but would probably have fallen away by winter as other, newer titles encroached. But with the film (and subsequent nods that the film's been receiving this award season) it has remained in the present tense, clinging firmly to top sales lists long after it likely otherwise would have dropped off the scene.

Similarly, Suzanne Collins's young adult novel The Hunger Games (and the rest of the trilogy) was already a bestseller by the time the movie deal was announced--but with every trailer that's leaked onto the internet, sales of the book see a new bump. In fact, according to the New York Times, since last summer (when the first film began production), sales have more than doubled--ostensibly because audiences, in anticipation of the film, have begun buying the books to read in the meantime.

As an author, having a film made from a book is basically like being paid for free advertising. In addition to royalties from the film, a book that becomes a film also nets the added benefit of copious word of mouth--even if you don't, say, manage to get "Based on the novel Push by Sapphire" into the title of the film. Most everyone knows when a film is based on a book, which means that every time Olivia Spencer receives an award for her performance in The Help (the movie), the audience is also, in a way, reminded of The Help (the book).

Stieg Larsson has been gone from this world since 2004, but his book-to-film-to-another-film success is still something to be looked at carefully for those who are thinking about getting into film. If you're a good writer and a great storyteller, it may be worth the time to turn your attention toward novels.