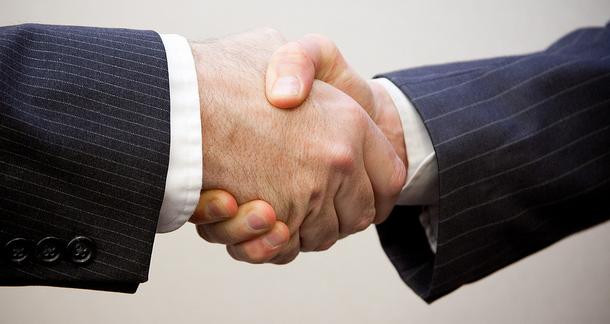 Is Facebook Mephistopheles, or a misunderstood trendsetter? Whichever the answer, there are certainly changes afoot in the media industry. What began as rumor in 2014 appears now to be on the brink of confirmation: the social media giant wants to sign contracts with an eclectic group of media organizations, including the New York Times, BuzzFeed, and National Geographic.

What Facebook wants is to change the way that it brings news to users. Currently, the site only offers a news feed that links members to outside sources. If these deals are signed into action, Facebook will instead become a primary publisher of news content. Users won’t have to navigate anywhere outside of the great blue walls set up by Mark Zuckerberg to read the full content of the news presented on their feeds.

News media has always been about eyeballs, which is part of why this concept might seem so appealing to certain companies. As the potential number of eyeballs goes up, so does the content’s market value in many cases. Measuring the number of “opportunities to see” is just one way (along with markers like impact and influence) to gauge exactly who cares about a story and why. It also happens that over the past decade or so, an increasing number of those precious eyeballs are perusing news feeds through a mobile device.

These news partnerships pose a number of interesting potential problems, not least of which is how a publication will remain independent if they’re following Facebook’s rules.

In a Times article from last fall, one Facebook mobile executive was noted as having “derided the approach that traditional publishers take to mobile devices, saying it made for an unpleasant user experience, hurt user engagement and crippled their efforts to make money in a smartphone world.” A big part of the appeal of partnering up with Facebook would be greatly increased mobile accessibility.

With 1.4 billion global visitors, Facebook isn’t an easy entity to ignore. But as Ken Doctor at Harvard's NiemanLab points out, BuzzFeed and the New York Times would likely see very different results from this collaboration. For a company like BuzzFeed, where rapid growth is the number one concern, the vast reach offered by native Facebook stories seems like a golden opportunity to continue along its breakneck path towards expansion. But for more traditional, established publishers like the Times, Doctor predicts a greater risk associated with involvement. To simplify his analysis, driving readers to Facebook could potentially mean lost subscriptions— still a major part of the Times’ bread and butter.

Social media isn’t new anymore. It has been debated, discussed, and analyzed in publications ranging from the largest national paper to the smallest hometown press. Unsurprisingly, Facebook isn’t the only social media company trying to negotiate with news organizations. A recent Business Insider article delved into the plans of Twitter and Snapchat to employ similar strategies. Even Pinterest might be getting in on the game.

So what does this mean for the quality of future content? Is it a Faustian pact or simply the next logical step in the evolution of media? These news partnerships pose a number of interesting potential problems, not least of which is how a publication will remain independent if they’re following Facebook’s rules. The social media site uses algorithms to choose which news articles display on user’s feeds. One fear is that media not produced by a "Facebook-friendly" company will be slowly weeded out from the site. In that way, media organizations may feel strong-armed into making a deal in order to keep the fleeting attention of viewers. And let’s not forget that time Facebook manipulated thousands of user news feeds in a highly controversial social experiment. Oh, that mischievous social media imp.

What's your take? Are these changes good, bad, or irrelevant? Let us know in the comments.

Maybe not Faustian, but most definitely metaphorically selling their souls to the devil. But hey, it's news media. They already did this when X celebrity's baby's new sun glasses became the standard news model.