Fatter than Flash, Shorter than Short: The Joys of the Brief Story 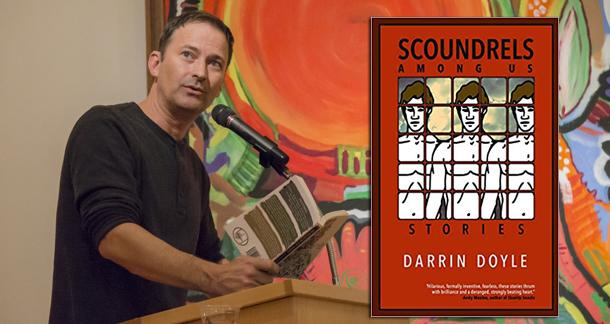 In the spring of 2015, I taught a graduate course called The Craft of Fiction. It was the first time our department had offered this course, and I approached it as a study in forms of storytelling. Every week I assigned the reading of fiction that I had arranged under loose headings:

My plan was to give students published examples of these forms and ask them to choose one of the assigned stories to imitate (or assess from a literary criticism standpoint). Because we were doing so many workshops – I called them “mini-workshops” – I enforced a strict page limit on the distributed pieces: between two and five pages. The five-page maximum was essential because of time constraints, but I welcomed students (urged them) to submit “incomplete” stories; for example, even if the piece ended in mid-sentence, that was fine. “Just use this as a springboard,” I said. They could expand the piece later for the final project if they desired.

For fiction writers, there aren’t true equivalents to the poetic form, but word count can provide such a constraint.

The class was remarkably successful. The students took risks, consistently pushing themselves outside their comfort zones. We had great discussions about what standard story elements these forms prioritized (or jettisoned altogether). The device of imitation worked like magic, as the students retained their own styles while devising highly clever premises.

For some reason, however, almost none of the students submitted incomplete stories for the workshop. They gave us fiction with complete arcs (a beginning, middle, and end). At first I kept reminding them that these didn’t have to be full stories, but soon I learned to keep my mouth shut as I realized that their prose had sharpened, as had their stylistic efficiency. The fat fell away in layers.

In fact, this was the most unexpected benefit of the class: the increased urgency in storytelling. This improvement seemed almost solely due to the page limit. The stories wasted no time in getting to the conflict; the stakes were immediate and high; writers who usually struggled with what Mark Twain famously called “surplusage” became concise, their words chosen with care and intention.

When the semester ended I could hardly wait to return to my own writing. I gleefully took up some of the forms we had covered.

As part of my usual writing process, I was reading extensively. And what I desired foremost was not just any fiction, but short stories. Not to be confused with flash fiction, which is normally under 1,000 words (often substantially less); and not to be confused with standard “short stories” (typically 2,500 – 6,000 words), I was suddenly very interested in what I will clumsily call brief stories. I’ll place this range roughly between 1,000 and 2,500 words. I had gotten from the library a collection of previously uncollected Kurt Vonnegut pieces, and I was in awe of how lean and pared-down they were, keeping backstories brief and unadorned and focusing on a single conflict. The timeframes usually consisted of a single experience of not more than a few hours, and yet the resultant emotional effect was broader (in my mind) than with flash fiction. They breathed like long stories but held their breath like flash.

Of course, this isn’t new information. Efficiency and singular conflict are what I preach to my students all the time. But for me personally, I had seen my short fiction steadily bloat until I had begun to feel incapable of telling a story in fewer than 6,000 words. So to return to this framework – with a sudden heightened awareness of this form – felt like a revelation. Kurt Vonnegut, Shirley Jackson, Donald Barthelme, John Cheever, Grace Paley – perhaps not coincidentally, writers who lived in eras when authors could sell short stories and make an actual living at it – these became my muses.

Poets have the luxury of working within form (sonnet, pantoum, haiku, sestina, etc.). Poets know that these forms can be a paradoxically liberating straitjacket. For fiction writers, there aren’t true equivalents to the poetic form, but word count can provide such a constraint. Flash fiction writers know this, too; the brief story capitalizes on the power of limits, but its expanded canvas grants a welcome bit of breathing room: it alleviates the pressures of a flash story while prioritizing flash’s leanness and intensity.

Each time I began a piece, I felt a pleasurable surge in knowing that I would finish this story in five pages. No matter the premise or characters or voice involved, this was my goal. If I went a page or two beyond, that was OK – but no more than that. And instead of handcuffing me, the awareness of limits forced me to lose the habits I’d probably picked up from novel-writing for so many years.

Working within the forms I cited in my opening paragraph – interviews, fragmentation, instructions, etc. (check out Donald Bartheleme’s 40 Stories or Kelcey Parker’s For Sale By Owner for inspiration) – is a nice way to eschew some standard story elements and create different kinds of arcs and expectations for your fiction.

Darrin Doyle’s first novel, Revenge of the Teacher’s Pet: A Love Story, was described by the NY Times Book Review as “an original tale that earns its readers’ trust, and breaks their hearts a little in the process.” Publisher’s Weekly called his second novel The Girl Who Ate Kalamazoo “relentlessly inventive.” Of his story collection The Dark Will End the Dark, Best New Fiction writes "The overall effect is disturbing -- in a good way. These stories make us think." And his newest collection, Scoundrels Among Us, is “a majorly imaginative, evocative, and rewarding read.” (The Bookends Review)

He has received fellowships and scholarships from the Sewanee Writers Conference and the NY Summer Writers Institute. His short fiction has appeared in many literary magazines, most recently Okay Donkey, Hobart, Five:2:One, The Summerset Review, and Passages North. He lives in Mount Pleasant, Michigan and teaches at Central Michigan University.

I started a blog earlier this year using the brief story format.  The point was to hone my craft by forcing myself to write a story a week for an entire year.  A big reason I decided to limit myself to 1700-2300 words a story was because it seemed to me that most people I know would balk at the bigger word count of even a standard short story.  Bu it is a very freeing format to work in.

Interesting you mention this, as chapters between 1,200 to 1,500 words is par for the course for me.

In fact, one of the ways I've learned to be more brief, is to learn poetry: flamenco, alexandrine line, sonnet, haiku.

Nobody says you can't do lyrical prose.^ ^

In fact I have to actually work in order to finish a novella.

I agree. Putting limits on how much I write has helped me to be more concise with the ideas that I am trying to deliver. 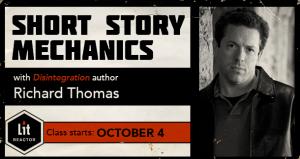