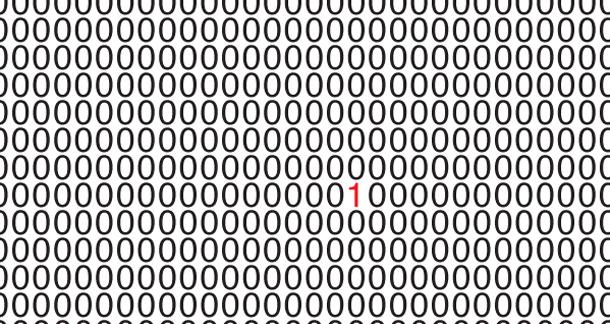 The beginning. It’s a rough spot for many first drafts. Writers routinely place a disproportionate amount of attention on their introductory paragraphs, for obvious reasons. As a result, beginnings are often the source of some glaring writer’s anxiety: too many thoughts piled on, too many unnecessary components added, pens leaned on too heavily — all habits that diminish the thematic resonance and overall power of the piece. Sometimes we just don’t know where a story is supposed to start.

More often than not however, writers have a hard time establishing clear, competent beginnings not because they don’t know what they want to say, but because they’re unaware of the narrative patterns they’re exhibiting beneath the words.

Whether you intend to put them there or not, all stories reveal narrative patterns. A character tries to find love but keeps failing. Another character keeps stealing items from grocery stores. A character seemingly destined to a life of poverty suddenly inherits a large sum of money. Your ability to identify and establish behavioral patterns — to set a narrative precedent and then break that precedent for the sake of building tension and evolving the story — is one of the most fundamental yet widely misunderstood aspects of craft. The writer should always be keen to exploit our natural hunger for causality, that eternally burning question to discover “what happens next.” Everything worth knowing about in our world maintains that value solely because it offers a contrast from what occurred before. It’s tantamount to the value we place on all information. Simply put, we look to fiction to temporarily displace us.

Unfortunately, some writers don’t think about these sorts of things. As a result, their writing is an exercise in surface detail; they can offer unique, even compelling characters, framed in a sequence of scenes with clever dialogue and unexpected outcomes, yet there’s a lack of strategy being invested beneath the surface to position and reveal narrative events in such a way that it raises the stakes of the story being told. On the other hand, you’ll find there are some people who are just good, "natural" storytellers. Typically this means they’re attuned to the blueprint that lies behind a story, and can decode day-to-day events and somehow reformat them into a palatable communicative narrative. You’ll have to learn how to do this too. From the very beginning, writers should establish a structure that both mirrors a story’s internal framework and takes advantage of its natural capacity to surprise and intrigue.

You may have heard a teacher or fellow writer state that writing needs to illustrate “conflict.” I suppose that’s true, but for the sake of being as inclusive as possible, I’m going to widen the qualifications and say that all stories, at their beginnings, need to reveal the presence of anomaly. Think about it. Imagine you’re looking at rows of binary code, page after page of it, and for a seemingly indefinite period of time you come across nothing but line after tedious line of identical “zeros.” Then, suddenly, you see another character: a lone “one.” That’s your story. It’s the illustration of anomaly, the specific coexisting with the general. We’ve been led to believe that life is a Sargasso Sea of boring sameness, yet with the arrival of the anomalous agent the revelation that “something different” is out there causes the narrative to open up and take on new relevance. This “revelatory gesture” (in the words of Henry James) is the story’s inspiration. It colors the narrative, adds urgency. You’ve presented us with a pattern, and then you’ve broken the pattern by tacitly implying: “something has always continued to happen, but it won’t this time,” or “this is a day when something’s happened that’s never happened before.” Only when this broken pattern is revealed has the true "story" begun.

All successful stories engage in varying forms of this pattern breaking behavior. If there’s a “test” your story has to pass, it’s the ability to establish a precedent and either promise a break from that precedent or threaten a temporary departure from it. How and when you decide to stop that pattern can irrevocability change the narrative scope of your story.

Consider a story involving two co-workers who bitterly hate each other. The careful writer should consider the obvious: why are we reading about them now? It might seem like a simple question, but the answer completely alters the story being told. Let’s say in one version, a character is introduced, his life is examined, and he then gets a job where he finds himself forced to work with someone he hates. Here a pattern is established, and then broken with his newfound employment and the subsequent uncomfortable social situation that ensues. However, let’s say the story begins with two characters who are constantly arguing at work. Here another pattern is established as the “natural” state of narrative affairs. However, because it’s the writer’s job to break patterns, something else will now need to happen to threaten that pattern, either permanently or temporarily. So, the entire scope of the story has been altered by virtue of what narrative patterns the writer chooses to establish in the beginning. In other words, even though they share the same characters, the same dialogue, and many of the same scenes, they’re actually two completely different stories. One examines the separate patterns of two ostensibly “normal” lives thrown into mutual chaos. The other is about an ongoing pattern of bizarre behavior shared by two people who are about to undergo some life-changing experience. On the surface it might seem like a small difference, but ultimately the way in which the writer builds the story’s structural logic will reveal two very different statements about the world.

Tackling that nagging narrative question (why should we be reading this now?) before the story has begun can make all the difference between a product that’s banal and indifferent, and one that’s urgent and inspired. What is it about this instance that differs from all other instances? Why is this story different from every other? Not only does illustrating these patterns make your story clearer, it lends it excitement. And good beginnings not only interest the reader, they reveal a rhetorical awareness. It’s a form of negotiation, an acknowledgment as to why your story needs to be told. Being clear with these patterns will invariably affect where your story begins, where it goes, and ultimately, what it becomes.

This is a nice way to help visualize the stand-out element in a story. I haven't seen it put quite this way. It will certainly stay with me.

My professor used to tell me the most important question any piece of fiction must answer is "So what?" It's a good thing to remember.