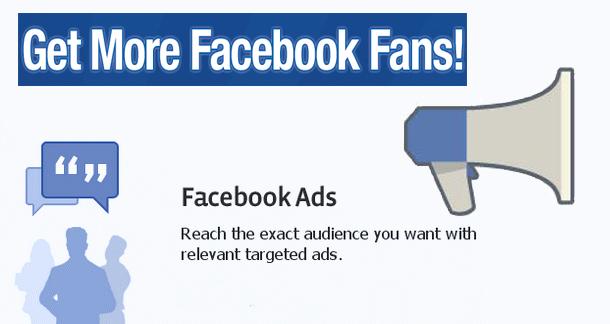 At this point, pretty much every writer/author out there has some kind of social media presence: Facebook, Twitter, tumblr, Wordpress, and hopefully, an official website...and we're all trying to crack this code of getting more "likes", more followers, more subscribers. We're all trying to widen our audience and get more eyes on our posts. We're all fighting for attention, and because most working class authors aren't brimming at the pockets, we're trying to do this in the most cost-effective way possible. Facebook, being the son of a bitch that it is, decided that if authors and other artists were going to use the platform to pitch their wares, you could be damn sure Zuckerberg was going to get his cut of the action. And so began the era in which little boxes saying "boost post" and "promote page" began to appear. We had been given a free taste long enough...now it was time to pay the piper.

Before Facebook advertising, anyone that "liked" or subscribed to your page saw your posts...didn't matter if it was a general update, an Amazon link, or a picture. Everyone saw it in their feed. After Facebook advertising was rolled out, it was a different story. A general text-only post would get a normal amount of views. Anything involving a link or picture or video scaled back your audience to about 10%. If you have an official Facebook page account, you can test this out yourself by comparing how many views a text-only post gets vs. those with links or pictures attached. Bottom line: Facebook wants you to buy the attention you previously got for free.

This leads to the obvious question: is Facebook advertising really worth it? As much as I hate doing this, the best answer to that question is another question: how much is a "like" worth to you in dollars? We'll address these questions here shortly. But first...

Facebook allows you to target your demographic by location, interests, age range, and gender. Here's a screenshot of my most recent ad set up. FYI: there's two listings of Kansas City because one is Kansas and the other is Missouri.

I've actually tried this a few ways. I've ran campaigns where I only included my hometown, and others where cities like Portland, Brooklyn, Austin, and Las Vegas got thrown into the mix. I've done some where the "interests" box is sparse and others where I've got about ten or so different authors and genres in there. What I'm trying to say is that I've done my fair share of sampling when it comes to targeting. According to my SEO/SEM pals in the advertising world, it's best to not go overboard with the targeting; keep your "interests" in the four or five area. Plug all this info in...Facebook does the rest.

How much does this cost?

Okay, now we're going to get to the meat of the issue here. Here's a screenshot that breaks down the four campaigns that I ran:

I spent a total of $62.15 which yielded 35 new page "likes." That means I paid about $1.78 per "like." Yes, that number is going to change as more campaigns are run. Yes, I'm sure there are others who are paying higher and lower amounts, but this should give you a ballpark figure as to how much a "like" is going to cost you. $1.78 probably isn't too bad when a big company with a fat marketing budget is trying to buy an audience, but for a working class author...it's kinda bullshit. I've seen entire novels being sold in the Kindle store for 99 cents, but you're telling me it's going to cost a buck seventy-eight to get a page "like"? I'm sorry, but those numbers don't work for me.

Also, I'm not even sure of the quality of "like" that I'm getting. That is to say, some or most of these people could just be click-happy when it comes to "liking" pages...a numbers game, like how everyone was obsessed with padding their MySpace friends list in 2008. It's possible they have a passive interest at best, unlike most people who subscribe to me because of something I wrote or through word of mouth. My advice is to save your money and put it to better use.

Boosting an individual post follows the same general format as boosting a page: it costs too much damn money for it to be worth it. You're better off soliciting for shares or making a few posts about the same thing throughout the week.

I'm certain there are other articles out there that have done much more research on the subject (and paid way more money) than I did. The point was to give you the information from an author point of view using the amount of money a working class individual would have. $1.78 per "like" probably isn't a solid number...more of a baseline. If someone out there has found a way to get it around twenty-five cents, I'd love to hear about it. Until that information comes my way, I don't think I'll be giving Facebook any more of my money.

Also...go "like" my page...this column put me out over $60. That's two really good bottles of whiskey I'm not drinking.

Richard Thomas, author and fellow LitReactor columnist, got me more page "likes" in less than two hours by sharing my page than the four paid Facebook campaigns combined. And it didn't cost either of us one red cent.

An individual on Twitter reached out to me after reading the article saying that her paid campaigns were running her 23 cents per "like," attributing it to the selection of many target categories. I ran another campaign (the fifth) employing this tactic, choosing roughly forty categories: authors, genres, etc. The results were even worse than my previous campaigns: 4 new "likes"/$13.45 spent = $3.36 per "like" Enough of my own money has been spent on this. If anyone has cracked the code as to how they can get their CPL below the 25 cent mark I'd love to see something in writing.

A great video posted by one of our members about bogus "likes" on Facebook.

Also, check out the numbers after getting shared by Richard Thomas. Facebook advertising didn't even come close to giving me those types of numbers, and the best part is these are all people that are relevant to me.

Shocking behavior by Facebook. I don't have an account, and this doesn't much entice me to get one to promote my work either. Great tips to cheat the system tho. Thanks Brandon.

I would suggest not advertising on Facebook for this reason: https://www.youtube.com/watch?v=oVfHeWTKjag

Thanks for writing this.

Hrm I need to find an article I read on facebook advertising and "likes" the other day. It basically said that unless you pay for advertising, the organic reach of your posts from your business page (or author page, in our cases) will dramatically decrease over time.

Sorry I should clarify, this article was the first one to mention that a Facebook source actually confirmed that position.

A really helpful article. Thank you.

I mimic James. Vertasium did some amazing research that shows CPL isn't even important because likes from FB advertising are crap.https://www.youtube.com/watch?v=oVfHeWTKjag

Great video, sir. Very informative. I gotta say, before I even watched it I had suspicions that some of my "likes" were coming from bullshit accounts.

You're totally right about FB! Scam central.  I tried to buy likes for a website of mine a while back, and it was as if ghosts were liking my page. I wasted hundreds of dollars! I reminded myself about that folly before making the same choice with my memoir. Good article!

PS: Check my memoir out on Amazon: I, Bipolar

Not to brag, but I tried marketing once. For $10 (or was it 20?) I think I got 300 likes. I guess it depends on the market. Publishing is not a big thing in Mongolia, and I targeted teenagers mostly.

Great article, thank you! I'm just starting out on my self-publishing journey so this is perfect timing for me. I have tried to use FB to boost posts, so thanks for the tip on comments. Very useful!

I have liked your page, feel free to like mine in return: https://www.facebook.com/LizHurstAuthor.

Keep up the articles too - good work!