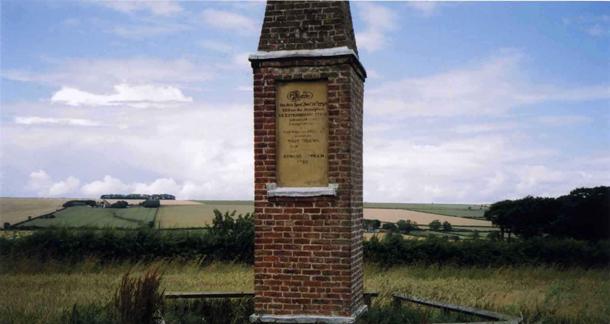 There’s something compelling about the idea of the crossover, of taking characters from different settings, sometimes even different worlds, and having them interact. There’s an intriguing juxtaposition of the familiar with the new, and changing the context of a character can often illuminate them in ways that might not have been obvious before. This idea pops up in comics, film, and of course in literature. And while crossovers don’t always have to have fantastical elements, there is something almost magical about bringing worlds together, or positing a universe where fictional characters from different worlds exist together or even alongside their real-life historical counterparts.

Even the ancient Greeks indulged in the crossover. They combined the heroes of some of their greatest myths into one team, the Justice League of the day: the Argonauts. Hercules and Iaolaus were there, as well as Theseus, Bellerophon, Castor, Pollux, Orpheus, and Perseus, among others. While the argument can be made that these are all characters from the same mythical tradition, they all come from different stories, with different sources. Part of the joy of the story of the Argonauts is seeing all of these characters work together and interact. And all that combined power helped elevate the story of Jason and the Argonauts to new heights. 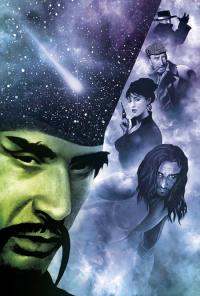 One of the most famous crossovers, indeed a series of crossovers, was Phillip Jose Farmer’s Wold Newton universe. Farmer posited that the pulp heroes all inhabited the same universe and wrote stories and novels about their exploits. The term was coined because of the town of Wold Newton in England where a meteorite fell in 1795. Farmer’s fictional creation made the meteorite radioactive, which caused mutations in the passengers of a passing coach, passengers who gave birth to characters such as Tarzan, Doc Savage, and Sherlock Holmes.

Farmer began with this idea in the fictional biographies, Tarzan Alive, and Doc Savage: His Apocalyptic Life. He later wrote novels based around analogues of Tarzan and Savage (due to copyright issues), though they were clearly meant to be the originals. Farmer also expanded this idea to cover characters from Around the World in Eighty Days (The Other Log of Phileas Fogg), Oz (A Barnstormer in Oz), and even teamed up Tarzan and Sherlock Holmes (The Adventure of the Peerless Peer). Other characters in this Wold Newton family include Solomon Kane, The Scarlet Pimpernel, The Time Traveller from The Time Machine, Professor Challenger, Sam Spade, The Spider, Nero Wolfe, Philip Marlowe, and James Bond.

Other people have further expanded the Wold Newton universe, chronicling crossovers between such characters in a variety of media, essentially creating a world where all of these adventures happened. Detailed timelines and family trees exist tying all of these characters together.

Inspired by Farmer, Kim Newman did something similar with his novel, Anno Dracula. Set in 1888, the novel accepts that the fictional creations of the age existed alongside the authors of those fictions. So Oscar Wilde and Bram Stoker exist alongside characters from Dracula, The Strange Case of Dr. Jekyll and Mr. Hyde, and The Island of Dr. Moreau. And fictional events, primarily those featured in Dracula, weave into the events of history.

Anno Dracula picks up after the events of Dracula, but where Dracula wasn’t destroyed, instead working his way into British society, eventually becoming the Prince Consort to Queen Victoria. The novel picks up with a series of murders of Whitechapel prostitutes, the Ripper murders, only the victims are vampire prostitutes, the offspring of Dracula and his followers. The narrative unfolds via a series of characters including Jack Seward and Lord Godalming from Stoker’s Dracula. In addition to Moreau and Jekyll, Newman includes Mycroft Holmes, Colonel Sebastian Moran, Professor Moriarty and Inspector Lestrade from Sherlock Holmes; Fu Manchu; Bill Sikes from Oliver Twist; and a score of other characters from various sources. Also part of the story are real life historical characters involved in the Ripper investigation-- Abberline and Sir Charles Warren, for example.

Newman later continued the series, further detailing this alternate universe in the time of WWI (The Bloody Red Baron), 1959 (Dracula Cha Cha Cha) and 1976 (Johnny Alucard), all including characters both fictional and historical. What’s impressive about Newman’s novels are the comprehensive lists of characters both real and fictional, and how he uses them to weave together a story. And though it may seem that with these characters and historical situations there is nothing original here, Newman uses this rich mix of the period as a jumping off point and further makes the world his own, creating a compelling narrative.

The League of Extraordinary Gentlemen 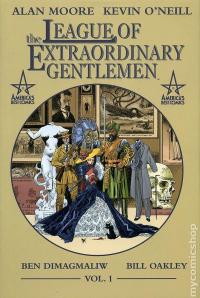 Alan Moore also adopted this approach in comics by creating his The League of Extraordinary Gentlemen. The first set of stories revolves around a team of fictional characters from Victorian literature. The classic team includes Allan Quatermain (from King Solomon’s Mines), Mina Harker (Dracula), Hawley Griffin (The Invisible Man), Dr. Jekyll and Mr. Hyde (from the novel of that name), and Captain Nemo (Twenty Thousand Leagues Under the Sea). Other versions of the League include earlier literary creations and later ones (with the most recent version including a version of Harry Potter).

In the first volume, Mina Harker, now divorced, must assemble the group to act on behalf of British Intelligence. Once gathered, they must go against a thinly disguised Fu Manchu and recover stolen cavorite (an alloy from H.G Wells’ The First Men in the Moon). Of course nothing quite goes as smoothly as expected and the differences in the group lead to a number of setbacks before the final climactic battle. The second volume continues with the same group against a backdrop drawn from The War of the Worlds.

Like Newman, Moore packs his League stories with scores of characters from works of the time. From the classics (he also draws on Holmes canon and Fu Manchu and the like) to lesser known works from young girls’ stories to erotica. Moore uses the opportunity of exploring all of these Victorian characters to also comment on the Victorian era, playing things so true as to be parody, particularly in the Victorian attitudes toward sex, people of different cultural backgrounds, and gender and class issues. For those interested in these comics (most of which are collected), I would recommend the Jess Nevins annotations (published or online) which help highlight all the references and show just how much is packed into them.

Also from the comics world, Warren Ellis employs similar ideas in his series Planetary from DC/Wildstorm. Planetary features analogues of many characters also used in the Wold Newton stories. Doc Savage, Fu Manchu, and Tarzan all exist in modified form in the Planetary universe. Ellis even draws on an idea similar to the Wold Newton origin where a number of heroic and villainous characters with special abilities are all born at the turn of the 20th century and have incredibly long lives. Sherlock Holmes makes an appearance as well as Dracula, along with characters based on James Bond and John Constantine. Ellis, however, doesn’t stick to just the pulps or any one time period, drawing in characters from comics books and even Kaiju movies. Though the names are changed, this, like LOEG, is one of the finest examples of crossover fiction in the comics medium.

I have to admit to having a huge soft spot for the pulps, especially when characters from more mundane backgrounds are introduced to fantastical settings and elements. I’ll be exploring more examples of this in an upcoming column on Sherlock Holmes’ fantastical adventures, such as Neil Gaiman's "A Study In Emerald" which was inspired by Anno Dracula.

What are your favorite examples of crossovers? Who would you love to see team up? And, if you like them as much as I do, what makes them work for you? Let me know in the comments.

Image via The Future of Landscape

While it quite different from the works you listed, my favorite fantasy/mythology mishmash has to be Neil Gaiman's Sandman run.  It encompasses everything from ancient myth to Biblical characters to the weirder-than-fiction Emperor Norton, and somehow doesn't feel the least bit strained.

It's worth mentioning that Warren Ellis' excellent Planetary series did more than just slap together the old wold newton guys but it was a statement on how the pulps inspired comics. The main characters are a version of DCs Challengers of the Unkown, pit against an alternate version of Marvels version of the Challengers the Fantastic Four.

Silverlock by John Myers Myers is a great mixmaster of a story. It's been a long time since I read it, but I recall really enjoying wondering who I would run into next.