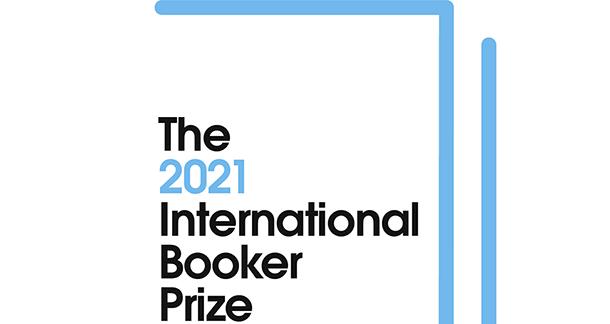 Da-da-dum, it’s happened again. The International Booker Winner has been announced, and you haven't even read the shortlist. Don’t worry: I’m here to help. Whether you’re looking to pick up a new recommendation for your book club, or simply impress your friends by pretending you’ve read them, I’ve got you covered with a breakdown of the six books shortlisted! 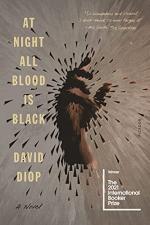 "At Night All Blood is Black" (Winner) by David Diop, trans. Anna Moschovakis

David Diop’s haunting At Night All Blood is Black follows two best friends into the depths of No Man’s Land. Alfa and Mademba had never left their village in Senegal when they were drafted into the French Army during World War I, and transplanted into a nightmare. While Alfa manages to survive enemy fire, Mademba dies a terrible death on the battlefield. With survivor’s guilt setting in, Alfa’s behaviour becomes increasingly disturbing — as does the vengeance he wreaks on their German enemies. An unflinching portrayal of the brutality of war and the corrupting power of trauma, At Night All Blood is Black is as grim as it is engrossing. A gut punch of a winner.

Get At Night All Blood is Black at Bookshop or Amazon 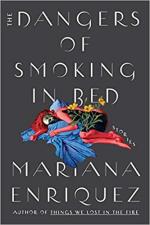 "The Dangers of Smoking in Bed" by Mariana Enríquez, trans. Megan McDowell

If you have a weak stomach, this probably isn’t the book for you. Mariana Enríquez’s collection of horror short stories inhabits a bizarre urban landscape, in which everyday life is infused with the grotesque and macabre. From jealous witches to obsessive fangirls, an infant ghost to a woman who’s sexually obsessed with the human heart, Enríquez’s characters are as varied as they are compelling. And her writing probes some of the darkest impulses of humanity with style and originality. A masterclass in atmosphere, you’ll be left thinking about The Dangers of Smoking in Bed long after you turn its final page — whether you want to or not.

Get The Dangers of Smoking in Bed at Bookshop or Amazon 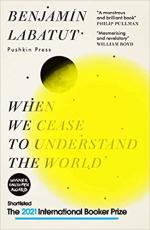 "When We Cease to Understand the World" by Benjamín Labatut, trans. Adrian Nathan West

Ever read a nonfiction novel? That’s what critics are calling Benjamín Labatut’s When We Cease to Understand the World: a truly astounding, genre-defying piece of work. Weaving moments of scientific history into a breakneck narrative, Labatut fictionalizes the moments when great discoveries were made, to explore the philosophy of science and the razor-thin line between progress and chaos. If you ever wondered how geniuses like Einstein, Haber, and Schrödinger may have felt and lived at the height of their brilliance, this is the book for you. Labatut does an excellent job of imagining life at the epicentre of science. 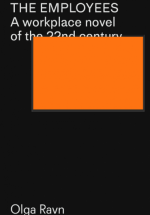 Olga Ravn’s speculative sci fi The Employees: A workplace novel of the 22nd century takes the form of an incident report. Through a series of witness statements, we learn the story of the Six-Thousand Ship and its crew. In the near future, the Six-Thousand Ship is populated by humans and humanoids, tasked with caring for a group of objects collected from a nearby planet. As they gradually form attachments to these objects, the crew grapples with big questions about humanity, empathy, and sentience. A thoughtful exploration of personhood and power, Ravn’s story of workplace politics descending into disaster is a bleak one that hits close to home.

This one seems hard to find. Get The Employees directly at Lolli Editions 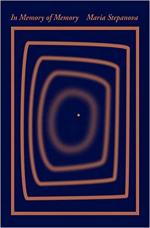 "In Memory of Memory" by Maria Stepanova, trans. Sasha Dugdale

Taking to heart the old adage “write what you know,” Maria Stepanova’s In Memory of Memory — an experimental blend of memoir, fiction, and nonfiction —takes this to the extreme, turning history inside out by exploring it through the experience of her own family. When Stepanova’s aunt dies leaving behind a veritable treasure trove of family heirlooms and documents, Stepanova decides to pick through these artifacts, documenting a century of family life, to thread together a narrative of survival and inheritance. As she traces the history of her Jewish-Russian family over the last hundred years, Stepanova expands outwards to consider the wider cultural context with a meandering approach that still manages to pull the reader along for the ride.

Get In Memory of Memory at Bookshop or Amazon 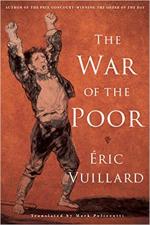 "The War of the Poor" by Eric Vuillard, trans. Mark Polizzotti

Eric Vuillard’s novella is a short but powerful piece of historical fiction, covering in just 80 pages the Protestant Reformation of the 16th century — albeit refracted through the lens of a single man. At a time when inequality was rife and discontent stirred in the streets, Thomas Müntzer — a preacher, theologian and political radical — arrived to stoke the flames of civil unrest. Believing that the world was ending soon, Müntzer felt it was his job to herald in a new age through the chaos of revolution. This exploration of a relatively obscure yet transformative episode in history, and the controversial man at the center of it, is a brutal and fascinating read, even if you aren’t a history buff who loves history books.

Get The War of the Poor at Bookshop or Amazon

And there you have it — your cheat sheet to the International Booker shortlist, all in one convenient place!