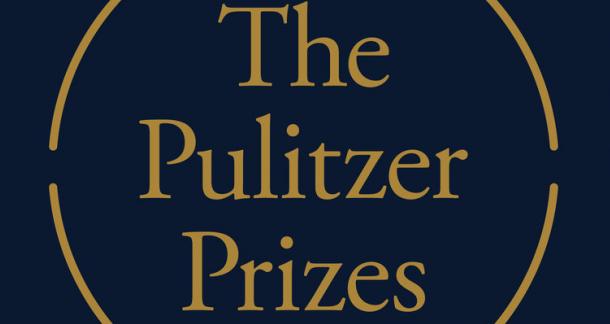 While the Pulitzer Prize includes a large number of journalism categories, it’s more widely thought of as a heavyweight literary award. You’ve probably read the terms “Pulitzer Prize winner” before the title of many books, and nodded sagely to yourself, thinking “Ah, it must be good.” But how much do you really know about this prestigious award? And moreover, how much do you know about the poetry and fiction winners who were crowned this past April?

In this post, we’ll cover the basics of the Pulitzer Prize, and look at the winners of this year’s awards for Fiction and Poetry — which both have an environmental focus!

Let’s start with the basics.

The Pulitzer Prize: the Basics

Who created the prize?
Hungarian-born Joseph Pulitzer, an American newspaper publisher who owned both the St. Louis Post-Dispatch and the New York World — and one of the innovators of “sensational journalism,” which changed the face of news reporting at the end of the 19th century.

While Pulitzer established the prize, it is administered by Columbia University in New York City.

What does the prize consist of?
Each winner receives a certificate and $15,000. The winner of the “Public Service” award also receives a gold medal.

Some years there are also “Special Citation” awards given — for instance, this year Aretha Franklin was recognized “for her indelible contribution to American music and culture for more than five decades.”

Which popular novels have won the Pulitzer Prize for Fiction?
There are so many! The full list can be found here, but in the meantime, here a couple of the most well-known novels and the year they won:

Which popular poetry books have won the Pulitzer Prize for Poetry?
Once again, this answer could be a very long one, so for the full list of Poetry winner, head here. In the meantime here a couple of the most well-known books and the year they won:

Alright, now that you’ve had a briefing of the prize itself, let’s move onto this year’s Fiction and Poetry winners!

2019 Pulitzer Prize for Fiction: "The Overstory" by Richard Powers 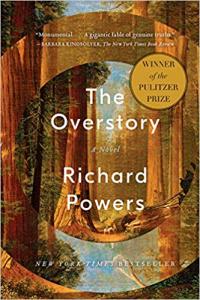 Who is Richard Powers?
Richard Powers is an American novelist who uses fiction as a means of exploring the societal effects of rapid scientific and technological advancement. While he enrolled in the University of Illinois as a physics major, he switched to English Literature during his first semester and went on to earn a Masters in Literature.

What is The Overstory about?
Like the rings of a tree — inherently connected and yet separate — The Overstory’s narrative arc follows nine strangers all living separate lives, and who become rooted with one another through trees.

Three of those strangers are:

An Air Force loadmaster who is shot out of the sky during the Vietnam War, and whose life is only spared by the banyan tree that catches him.

An artist who has inherited hundreds of photographic portraits of one American chestnut.

A young, speech- and hearing-impaired coding prodigy who is certain that trees are able to communicate with one another.

And, of course, there are the trees — characters in their own right — who face the threat of total eradication, and who need the help of their human counterparts to survive. As the Pulitzer committee praises, The Overstory is “[a]n ingeniously structured narrative that branches and canopies like the trees at the core of the story whose wonder and connectivity echo those of the humans living amongst them.”

Is this Powers’ first prize?
Not by a longshot! Powers has won a number of literary awards, including Time Magazine’s Time Book of the Year, the Pushcart Prize, the National Book Award for Fiction, and a MacArthur Fellowship.

2019 Pulitzer Prize for Poetry: "Be With" by Forrest Gander 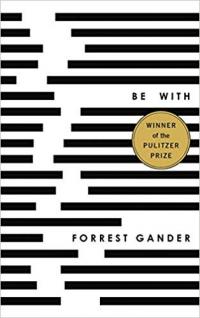 Who is Forrest Gander?
Forrest Gander is an American poet, novelist, essayist, critic, and translator. Somehow, the fact that much of his poetic work explores ecology and falls into the category of “ecopoetry,” just seems to make sense when one discovers that Gander was born in the Mojave Desert and spent his childhood on extensive summer road trips around the United States with his mother and two sisters.

What is Be With about?
In 2016, the poet C.D. Wright — Gander’s partner — died suddenly in her sleep. That same year, a new poetry collection by Wright called ShallCross was published posthumously. It includes a dedication to Gander that reads: “for Forrest / line, lank and long, / be with.”

Gander’s Pulitzer Prize-winning poetry book pulls its title from Wright’s dedication, and grapples with the notion of grief. Both the language itself and the poems’ themes serve to explore the idea that grief can simultaneously be navigated through words and yet is impossible to fully articulate. As the Pulitzer committee puts it, Be With is “[a] collection of elegies that grapple with sudden loss, and the difficulties of expressing grief and yearning for the departed.” Still, Gander’s book comes as close to finding the right words for articulating loss through the written word as possible.

At which point my grief-sounds ricocheted outside of language.
Something like a drifting swarm of bees.
At which point in the tetric silence that followed
I was swarmed by those bees and lost consciousness.
At which point there was no way out for me either.

Is this Gander’s first prize?
Nope! Like Powers, Gander also has an impressive resume of awards, including the Gertrude Stein Award in Innovative North American Poetry, the Whiting Foundation Award, and the Pushcart Prize.

To learn even more about the Pulitzer Prize, check out their website! In any case, we hope that after reading this post, should you find yourself in the middle of a very literary conversation, you’ll have talking points galore.