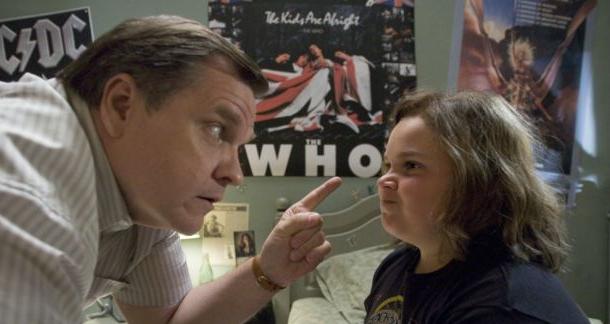 "Nothing is true, everything is permitted," Nietzsche (and then, more importantly, Meat Loaf) said, so at the risk of destroying all credibility right out of the gate, or even worse, running the risk of stating the obvious, the best advice for writers is still ignoring most writing advice. Boy, that was fast! Thanks for stopping by [credits roll].

But seriously, what I mean is that, when it comes to art, you should discard everything, while at the same time embracing it all. So if a successful writer recommends doing exactly the thing that made them successful (*coughs* being born with money *coughs*), by all means do that. But also make sure to ignore their advice, as easily as (I hope) you’ll simultaneously ignore and embrace anything I say. So, as part of this unwanted thought experiment, I thought I’d run through some examples of advice, mantras, tips, and guidelines I’ve come across throughout my stunted writing career, and how I both took these things to heart and also cast them headfirst into the grinder, which either altered or did nothing to affect an already crystalized trajectory based on missed opportunities, wrong turns, or (my favorite) biting the hand that reads you.

The first time I realized this was something that happens was after the dust-up around A Million Little Pieces, where people seemed to think a fairly decent book was actually amazing if they could pretend it was true. This also happened with another nonfiction book, Running with Scissors (and arguably every memoir ever?), which was outed as fiction, a.k.a. embellished to make something that actually happened a lot more interesting (but is that such a transgression?), which very effectively made those who read it jump in a time machine and not like it as much as they thought they had (not impossible!). You have a Heaven’s Gate-type cult out there (they killed horses in that movie!) committed to proving that every page of Atlas Shrugged is coming true (do you have any idea how many times thriller writers use the word "shrugged"?), not to mention the ongoing efforts of social media to connect the failings of fictional characters to confused authors everywhere. Also, the "write what you know" mantra of MFA programs is one way people try to prescribe a "turn real memories into more effective fiction" process. So these lies were already being taught in schools. Which is why you should embrace them. Or don’t.

Always/Never Submit Chapters as Stories or Stories as Chapters 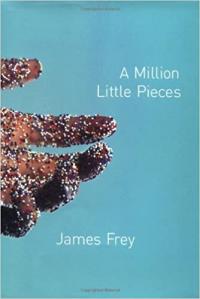 An informal survey of fifty of my closest strangers revealed that no one really likes those “novels in stories,” you see all over the shelves these days, except Denis Johnson’s Jesus’ Son, which is apparently more popular than Jesus, or certainly the movie (but not more popular than John Turturro’s portrayal of Jesus in The Big Lebowski), but that shouldn’t stop you from taking about a dozen thematically similar pieces of short fiction and just changing every main character’s name to “John.” Or “Jack” if it’s a thriller. Conversely, you could consider taking the chapters from one of your unpublishable trunk novels and dusting it off and giving it a zinger last line like “And that’s when he realized…” Of course, if you’re a bearded white guy you’re going to want to change that to “That’s when she realized” and change her name to Jacki. And be sure to put her in some post-apocalyptic rubble. You now have a genre-hopping short story ready to be submitted to a variety of forward-thinking non-paying markets. These sorts of submissions are very good for your self-esteem because the response time is around six months. Plenty of time for any expectations to die down. Side note: Jack Black first did his goofy "Jack Black"-thing in the film adaptation of Jesus' Son, not High Fidelity, which is doubly weird because the Barry character in the novel High Fidelity is the most Jack Black thing that's ever Jack Black'd. There's obviously a writing lesson in there somewhere, too.

Recently I needed to have a character discover one of those “Dear Jack”-type letters (it was a thriller), and every attempt to craft one was disastrous. Then I realized I’d saved a couple from my own doomed relationships in real life. Once I settled on the best “Dear Dave, I’m sorry but…” email/text message/or real live actual letter (I don’t want to brag, but I’ve been getting dumped since before you were born!), I dusted off the spiderwebs and tears, and retyped it in one of those handwriting fonts. “Desyrel” seems to look the most like a break-up letter. And (not coincidentally?) Google is now telling me this is also the name of an antidepressant. See that? Everything, including your writing, is pulling double duty these days.

See that? You've done/not done everything I've said and you're already successful enough to be interviewed. Now, keep in mind that the standard author interview usually consists of answering anywhere from a dozen to ninety-five generic questions via email, but you still need to do this in an interesting way. At the very least, they shouldn’t resemble the dozen to ninety-five questions you answered for that other online mag. So the best way to deal with this is to do what I’ve been endorsing in this essay all along, kill two birds with one stone. Write a story! Fiction is your friend. Untangle that web you've weaved when you practice to deceive! So if the question is, for example, “How long have you been writing?” try to think of a reason to write that’s at a minimum three times as interesting as the actual reason. This will then be used later on to plug into a character who is is drastic need of some backstory. Or a backhand, right to the face, if you’re going to be writing about writers (they're the worst!). I mean, of course, do what you want here. Write whole books about writers if that’s your thing. But keep in mind that’s one bird that should be killed with all the stones.

Never/Always Submit Arguments With Yourself As LitReactor Articles

Occasionally I’ll experience an argument in the car so exhilarating I’ll think “man, I wish I could have gotten paid for that.” Ta-da!

Recently I read some submission guidelines that were explaining what makes “effective horror fiction,” which, as it turned out, was more or less the typical spooky "Dark-and-Stormyitis" that plants crave. However, the urge to turn off the literary lights and crank up the creepy signposts of horror melodrama about things that go bump in the night (zzzzzzzzz) is one of the most overcooked aspects of horror fiction (even in popular horror! So it works! But you should totally stop doing it). It's like if a band says the words "rock-n-roll" in a song. This means that they've immediately stopped rocking. Some of the creepiest tales ever told gain that cumulative dread from unexpectedly "normal" and/or deceptively sunny arenas. And science has proven that genre hybrids scare me the most (citation pending), and that's because they inherently have way less of that purple prose staining the page when they're forced to write about something horrible happening in the middle of the day. To each their own though of course, because there are some serious Purple Pros out there making bank. And you should be like them. Or not. But if you do take my advice to abandon abandoning this advice, you can have the same stellar acceptance rate that I’ve had since 2018. Which is nineteen rejections and counting. Soon to include this article, which I haven't submitted yet. “You must be doing something right!” said no one.

Tricking your enemies to salt the earth of your fiction when they yell at you online remains one of the great testing grounds for coming up with juicy, realistic banter for your latest novel for free. So keep those arguments going. Once a year, check in with anyone who hates you and see what they're up to. But, also, absolutely do not do this. But, honestly, you can't pay for dialogue like that! So if you're going to ignore ignoring one of these recommendations, maybe it should be this one. Or, to bastardize a favorite insult of the internet bros I'm probably arguing in another tab right now as we speak... if you play your cards right here, you can make any enemy your beta reader.

Get A Million Little Pieces at Bookshop or Amazon