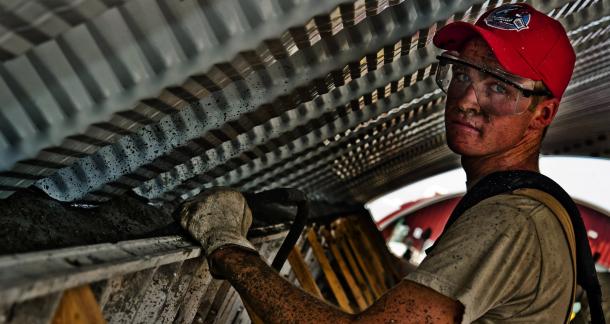 We all know that writers put a lot of work into their stories, but we don’t often enough consider the work readers put into reading them. This might be because few of us think of reading, especially reading fiction, as work, but rather as a pleasure, an escape, an inspiration. It is work, though, even if it’s not work we think too much about. And without that work, reading wouldn’t be nearly so rewarding. As writers, then, we want to ask our readers to do the right kind of work, the kind that helps them engage with our stories as much as possible.

There are a lot of parallels between good writing and good stand up comedy, so I’m going to start with one of my favorite jokes, by Mitch Hedberg:

I saw this wino, he was eating grapes. I was like ‘dude, you have to wait.’

If you listen to this on Hedberg’s album, Mitch All Together, then you’ll hear the longest laughing of the whole record, but not because the audience can’t stop in order to hear the next joke. It’s because it takes a few moments for the joke to sink in, for the audience members to do the work of figuring it out. When they do, the laughter is as loud as at any other time in the performance.

This is the audience doing the right kind of work.

If you break the joke down, it only requires the listener to know that grapes ferment over time into wine. The unusual juxtaposition of a wino eating grapes, though, is what demands work from the listeners, and they’re repaid with a solid bit of humor (if you’re a Mitch fan…). Almost all jokes require this kind of work in order to be funny, which is why explanations ruin jokes.

Writing is the same way. One of the most difficult undertakings for writers is having the reader do the right amount of work. Too little and we’re over explaining (the joke is ruined), too much and reading becomes a burden (no one gets the joke). So, how do we achieve this balance?

The first is to not make simple things complicated, to allow the reader to avoid work where it isn’t warranted. For example:

She raised the receptacle to her lips and imbibed a half-mouthful of the hot, bitter, brown liquid.

She took a sip of coffee.

Much as we all love our coffee, there’s really nothing special about the act of drinking it, and asking readers to do work (understanding that “hot, bitter, brown liquid” is coffee) in order to figure out a character is having their morning joe doesn’t yield any payoff. Keeping simple aspects of your story simple, like sipping coffee, or walking across the room, or turning on the ignition to the Civic, lets the readers focus their attention and efforts—their work—on the places where it’s going to reward them.

Those parts where we do want the reader to do work then stand out. These parts are rarely about the plot (like drinking coffee), instead they’re usually about emotion and the inner lives of characters.  Here is an example from Amy Hempel’s classic, “In The Cemetery Where Al Jolson is Buried.” The narrator has just, for the first time, come to visit her terminally ill friend in the hospital:

So how come, I'll bet they are wondering, it took me so long to get to such a glamorous place? But do they ask?

They do not ask.

Two months, and how long is the drive?

The best I can explain it is this—I have a friend who worked one summer in a mortuary. He used to tell me stories. The one that really got to me was not the grisliest, but it's the one that did. A man wrecked his car on 101 going south. He did not lose consciousness. But his arm was taken down to the wet bone—and when he looked at it—it scared him to death.

So I hadn't dared to look any closer. But now I'm doing it—and hoping that I will live through it.

The main element of work that readers need to do with this passage is to connect the story of the man looking at the bone with the narrator looking at her friend in the hospital, thereby elucidating the narrator’s feelings. Doing so is not difficult. It’s not supposed to be. It’s not a trick. Hempel guides us just enough with the last two sentences of the passage such that readers know what they have to do, but not so much that she does it for us.

That’s the right kind of work. And a moment like that is easily ruined. If Hempel had written:

But now I’m doing it, like the man who looked at the wet bone of his injured arm—and hoping I will live through it.

then the whole effect would be ruined by lack of work from the reader. The connection would be too direct and the story almost condescending, as if saying to the reader, “I don’t trust you to understand what I’m saying and put these two moments together.”

However, if Hempel hadn’t included that final paragraph then the anecdote about the injured man would seem disconnected from the rest of the story, and while most readers would eventually put it together, the effort in doing so would be too great and likely ruin the flow of reading.

Suffice it to say, getting readers to do the right work can be a tough target to hit, but it’s an important part of craft and one on which we can actively work. It’s possible to improve on this writing skill by integrating the following steps into your writing process:

In my experience as a writer and teacher, I’d say finding the means to get the reader engaged and working on your story in the right way is one of the most difficult things to pull off. But the rewards are huge, and so it’s something well worth thinking about and paying attention to. In all likelihood, few if any readers will articulate that you engaged them with just the right amount of work, but if they like what you wrote, you can be confident that you did just that.

I never thought to trust the reader before. Usually I'm to insecure to think that what I wrote would make any sense. BUt, trusting the reader gives me a new outlook on how to write.