Emma: The Feminist Hero I Never Knew She Was 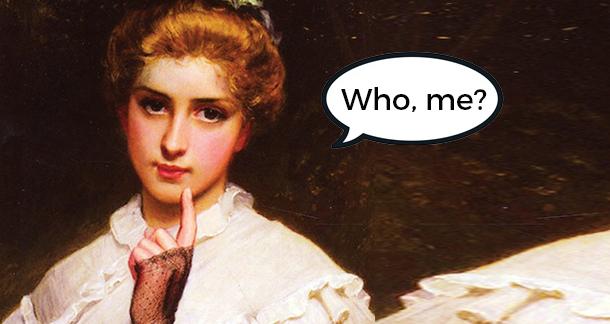 Near this date more than 240 years ago, a legend was born. She was a quiet legend, not a flashy superhero or revolutionary politician, but the works she produced and the impact she had are hardly to be misunderstood or scoffed at.

Yes, I'm talking about Jane Austen. Who else but the great queen of literature? I don't know about you, but Jane Austen and her novels were a real staple of my childhood. I've loved her work for years. As a child, my very favorite book was Pride & Prejudice, mostly because I wasn't a very original child and that seemed to be everyone else' favorite, so why not join in on the fun? Of course, there's something to be said for how avidly I desired to be Elizabeth Bennett. Even as a conservative child, one who thought "feminism" was a bad word, I recognized something great in the fierce and independent heroine of that novel.

A character whose feminism I did not appreciate? Well, that would have to be Emma Woodhouse of the aptly named Emma. Listen, I hated Emma with a youthful passion, the kind of joyous, vibrant hate that only a young bookworm can curate toward a character she dislikes. I was viciously against her, and, of course, her novel as well.

I thought she was abrasive, annoying, pushy, and a real troublemaker. I thought all of her woes were of her own making, and I saw little that was redemptive in her. I was, in short, not a fan.

So imagine my surprise and offense when, in college, one of my bosses gave me a copy of Emma for Christmas and said she saw something of me reflected in the book's heroine.

I was aghast! Horrified! Quite angry, too. I raged about this turn of events. How dare she! How dare she equate me with the matchmaking, infuriating woman! I would never forgive her!

Despite my disdain, I sat down to read the book once more, determined to figure out what was wrong with myself by way of examining Emma's flaws, and eradicate any negativity from my own life.

Instead of finding, as I had expected, an abhorrent character, I...found one I related to?

On this re-read of Emma, I discovered that she wasn't the monster I had made her out to be. She was, rather, infinitely human. She was flawed in so many ways, yes: prideful, somewhat arrogant, set in her own ways and blind to the actual desires of those around her. Yet she was also incredibly herself, unafraid to be her own person even during a time when that might not have been the most beloved of pastimes.

And I realized something wonderful: yes, I am flawed. There are things about me I wish I could change. I am negative to a fault, I am narcissistic yet constantly down on myself, I am selfish and contorted and mean. I am judgmental and often cruel. I am someone with a wide variety of faults.

But I, like Emma, am a work-in-progress. There are good things about me, too. I can make people laugh even through my own tears, and better yet, I want to because it means they're happy, and I want to see others happy. That's a good thing about me!

The feministic beauty of Emma, and the reason I consider its titular heroine and legendary author to be such feminist heroes, is that they both showed me that it's okay for women to be human. It's okay for us to have faults, and those should not be hidden under a sheen of perfection. They should be talked about in an effort to make them better.

And this goes for all female characters, not just the white ones. One of my favorite books of 2017 was When Dimple Met Rishi, by Sandhya Menon. I, personally, thought Dimple Shah was a delight. Not everyone agreed; because of one scene, she was labelled "unlikable," and a character trait that would have been lauded in a male and probably passed over in a white woman was put under a microscope.

Let girls be unlikable! Let us be flawed, broken, contorted, trying to be better but often failing. Let us, in short, be human.