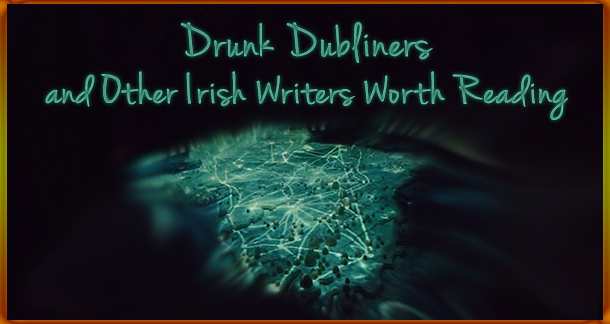 Two years ago, I went on a month-long tour of Ireland. During that trek, I reviewed the famous Irish writers, spending time with their work and the famous places associated with them. I was taken aback by just how many talented Irish writers there are, especially given that half as many people live in Ireland as live in New York City. Something about the Emerald Isle yields a disproportionately high number of talented writers.

Maybe it's found in Ireland's beauty, its mythos, its writerly pub culture, its recurring struggle for re-identification, its enthusiasm for storytelling, or some other hidden element of the place. Maybe it's a domino effect, where great Irish writers of the past have inspired the generations since. In any case, there are dozens of Irish writers worth reading—and this article will introduce you to a few of my favorites.

If there's one thing more Irish than a pint of Guinness, it's a good book.

Ireland itself is divided into two distinct countries (The Republic of Ireland and Northern Ireland) that use different currency, have different political allies, and that haven't always gotten along perfectly. This division is the current state of things, but even that is only the latest sign of a tense and complicated history. As such, there are some who make a strong distinction between the Irish literary tradition and the Anglo-Irish tradition—and it's not always clear where those divides should fall.

Oscar Wilde was born in Ireland and carried strong memories of the place with him, but became successful only after moving to England. Seamus Heaney was born in territory that's officially part of Northern Ireland, but identified strongly as Irish rather than Anglo-Irish, both politically and in the literary tradition he spoke to. Jonathan Swift was born and died in Ireland, but he was part of a social class far more culturally, politically, and religiously similar to the English than to the Irish working class.

Trying to define Ireland in any way is potentially hazardous. As such, I'm opting for the simplest (and hopefully safest) possible qualification: The authors on my list must have been born on the Emerald Isle.

Joyce is not only famous as an Irish writer, but celebrated for making Dublin famous through his work. The June "Bloomsday" festival in Dublin celebrates Joyce's life, and especially Ulysses—the famous novel that re-tells the Odyssey as the tale of one man returning from the pub.

If you've taken a university-level literature class, odds are you've been prompted to read at least one Joyce short story from his collection Dubliners, with "The Dead" and "Araby" being the most commonly anthologized works. That's a bit sad, as "The Dead" is excellent but excessively slow and "Araby" is, in my opinion, one of the weakest in the collection. If those are the only Joyce stories you've read, it's worth exploring further.

Work is the curse of the drinking classes.

Wilde was an extraordinary wit. When he came to America and was asked by a customs officer if he had anything to declare, he replied, "My genius." His famed novel The Picture of Dorian Gray and the hilarious play The Importance of Being Earnest are just two of the places where Wilde made a playground out of words. My favorite quote from him has to be his last words, though. Dying in a hideously decorated French hotel room, Wilde said, "Either this wallpaper goes or I do."

The man had a fascinating life and left a legacy of beautiful words. Dorian Gray is a great place to start, but if you have the chance to check out one of Wilde's plays, that's even better.

The worst thing about some men is that when they are not drunk they are sober.

Yeats was one of the most active and engaged Irish writers of his time and one of the most accomplished poets ever found in the history of the English language. Beyond working with poetry, Yeats spent time writing plays, recording Irish folk tales, and even serving as a senator. Many consider him to be the driving force behind the Irish Literary Revival.

While the slow-paced lyricism may not be everyone's favorite pint, it's worthwhile to look through at least a good selection of his poems. If you haven't read "The Second Coming" and "Aedh Wishes for the Cloths of Heaven," those two are musts within the literary canon—and they happen to be badass poems, too.

Despair has its own calms.

Yes. The Dracula Bram Stoker is Irish. Yet Stoker was more known for his business endeavors than his fiction during his own lifetime. At various points in his career, he was the personal assistant to the London actor Sir Henry Irving, a theatre critic, a theatre director, the founder of a sketching club, and a Dublin civil servant. He published short stories on the side.

Dracula was, in some ways, a creative nonfiction endeavor. Stoker collected folk tales and myths about vampires and other undead from all across Europe, then compiled the story as if it were a nonfiction re-telling of a single tale that synthesized those legends. If you haven't already sunk your teeth into this tasty novel, it's well worth a go.

A tavern is a place where madness is sold by the bottle.

Swift was a pillar of Dublin's society: Dean of St Patrick's Cathedral, essayist, political activist, and poet. He's best known today for Gulliver's Travels, but my favorite work of his has to be A Modest Proposal. In that work, Swift proposes a solution to the problem of Irish poverty: Eating babies.

Swift's fiction is good, but his satire is brilliant. He's known in some circles as the best English-language satirist of all time.

Alcohol is the anesthesia by which we endure the operation of life.

Most famed today for Pygmalion (a.k.a., the non-musical version of My Fair Lady), Shaw's portfolio extends well beyond that single work. In fact, he's one of the most prolific writers of all time, having published nearly 50 plays, more than 20 essays, close to a dozen collections of music criticism, 2 short stories, and 5 novels.

That being said, my favorite bits of Shaw's writing can be found in his aphorisms. His pithy commentary on life ranged from humorous ("Democracy is a device that insures we shall be governed no better than we deserve") to whimsically profound ("If you cannot get rid of the family skeleton, you may as well make it dance") to inspiring ("The reasonable man adapts himself to the world; the unreasonable one persists in trying to adapt the world to himself. Therefore, all progress depends on the unreasonable man").

He would drink by himself / And raise a weathered thumb / Towards the high shelf, / Calling another rum / And blackcurrant, without / Having to raise his voice.

Heaney is one of my favorite poets, full stop. It just happens, however, that he also wrote brilliantly about Irish culture and folklore. Through his translation and academic projects, Heaney worked to revive and preserve artifacts of that culture—but that's just a footnote. His poetry is the most powerful use of folk legend I've seen.

The collection North pulled from folk legends to form its narrative backbone. Building onto that skeleton, Heaney artfully spoke about the time in Ireland known as The Troubles. His poem "Punishment" is a powerful example of his poetic voice and his ability to synthesize history, myth, and evocative commentary on the real-world trials Ireland was facing.

I had the pleasure of meeting Heaney during my time in Ireland. It was clear he was a man who worked to build his community, and his unassuming persona struck me as deeply authentic. Heaney passed away last year, and major commentators from around the world expressed that we'd lost one of the greatest poets of our age.

There are many names I wanted to add to this list, but I feel I've gone on long enough already. Consider Samuel Beckett, Elizabeth Bowen, C.S. Lewis, Thomas Kinsella, Frank McCourt, and Seán O'Casey my honorable mentions. Even then, we're barely scratching the surface. It seems that if there's one thing more Irish than a pint of Guinness, it's a good book.

A good selection of books, and a great reminder of possibly the best writers of human melancholia.

Can't believe Roddy Doyle didn't even get a look in, but not a bad list all the same.

But in all seriousness; Roddy Doyle.

I want to testify about Dark Web blank atm cards which can withdraw money from any atm machines around the world. I was very poor before and have no job. I saw so many testimony about how Dark Web Cyber hackers send them the atm blank card and use it to collect money in any atm machine and become rich. {DARKWEBONLINEHACKERS@GMAIL.COM} I email them also and they sent me the blank atm card. I have use it to get 500,000 dollars. withdraw the maximum of 5,000 USD daily. Dark Web is giving out the card just to help the poor. Hack and take money directly from any atm machine vault with the use of atm programmed card which runs in automatic mode.

You can also contact them for the service below