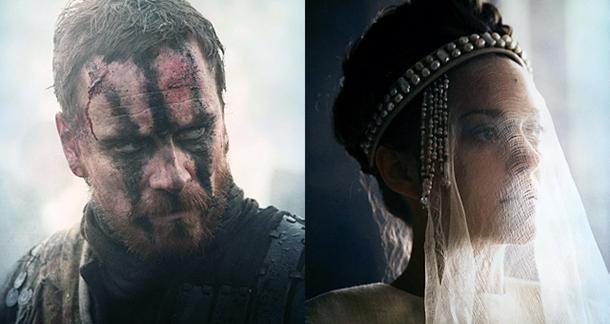 The latest film adaptation of Shakespeare's Macbeth hits US theaters on December 4, starring Michael Fassbender as the doomed murderer. Perhaps more than any of Shakespeare's plays, Macbeth has a great deal of superstition surrounding its actual performances. Saying the title of the play during production (or even while in a theater) has long been considered the catalyst of great misfortune. There are remedies: you have to run out of the theater and spin around three times. You might also have to spit or swear, or recite a line from another of Shakespeare's plays. But this odd behavior still begs the question: why?

Macbeth was first performed before King James I, a monarch with an established interest in the supernatural. The historical model for Macbeth, however, was less mysterious and foreboding than his fictional counterpart. The “real” Macbeth was born approximately 1005 BCE and did wrest the crown from Duncan I by defeating him on the battlefield. Macbeth would go on to rule the Scots for 14 more years, doing a fairly decent job by most accounts.

That's the historical version of the story. So at what point did all this bad luck manifest itself, if not with the real Macbeth? One legend says that the trouble began with Shakespeare's inclusion of actual spells, and they in turn curse the actors who read them aloud. Similar stories circulated during the 16th century about magic rituals in performances of Dr. Faustus, including a show where the actors noticed one too many devils occupying the stage and fled into the audience.

There are remedies: you have to run out of the theater and spin around three times. You might also have to spit or swear...

The earliest account of a specific performance suffering from the curse supposedly comes from Shakespeare contemporary John Aubrey, who reported that Shakespeare himself stepped into the role of Lady Macbeth after the original actor fell suddenly and gravely ill. From then on, accidents and misfortune have run amok. In Holland, 1672, an actor substituted a real dagger for a fake one and used it to actually kill Duncan. In 1721, actors beat a jeering nobleman in the crowd who later retaliated by having the theater torched. There have been a few instances of flying props invoking fatal heart attacks from members of the crowd.

But based on sheer number of injuries, nothing tops the Astor Place Riot of 1849. At least 20 people were killed and as many as a hundred injured when mobs supporting two rival Macbeth actors attacked the Astor Place Opera House in New York. It began with some citizens lobbing stones at the stage when leading man William Macready came on. As they attempted to break down the doors, police held them back until the military arrived. The crowd then did an about-face and began to throw stones at armed horsemen, who fired their bayonets into the mob. Macready escaped in the guise of an officer and sailed to Europe shortly thereafter.

The Astor Place Riot is also a prime example of how the curse has often provided a convenient scapegoat for outside tensions. Witnesses at the time attributed the rioting mainly to anti-English sentiment that still lingered from the American Revolution and other cultural issues. And the tale of the stricken actor who was replaced by Shakespeare as Lady Macbeth? As it turns out, he probably never existed. In 30 Great Myths About Shakespeare, the real history of the Macbeth curse is unraveled back to a theater critic named Max Beerbohm, who wrote confusedly about the incident in 1898. John Aubrey never said anything about it, but no one seems to have bothered to check for some time.

This might explain the origins of Macbeth's reputation as an unlucky play, but why has it lingered for so long? Others theorize that because Macbeth is usually a well-received production, struggling theaters often use it to bolster ticket sales. This may have fostered some of the associations between the Scottish Play and poor fortune. It's also a comparatively short play, requiring a good deal of action and special effects, which may up the chances of an accident occurring.

Superstition by its very nature can't be easily countered by fact, and it seems unlikely that Macbeth will shake its reputation as a cursed play any time soon. It's a stigma that has followed the script out of the theater and onto the big screen, if this BBC article on the 2015 version of the film is any indication. Fassbender and other actors apparently elected to avoid mentioning the title on set and complained of terrible luck regarding the weather. Director Justin Kurzel said of the Scottish setting that there was “a supernatural element to filming in Skye in January, it seemed to be a place where spirits walk."

I was thinking about this a few days ago. My students just started reading The Crucible which reminded me of something that happened when I was in high school. Our theater did a production of The Crucible (I was crew for it). One of the actors said Macbeth while back stage because he wanted to see what would happen. Our stage curtains caught on fire a few minutes later. They also burned up a microwave while heating the soup for Proctor to eat in Act 2. I don't know that this curse is a real thing or not. The curtains caught fire because one of the lights was hund improperly and was too close. The microwave was the result of ignorace because someone put the spoon or left the tinfoil on the bowl (I can't remember which it was). But it is fun to blame it all on a curse.