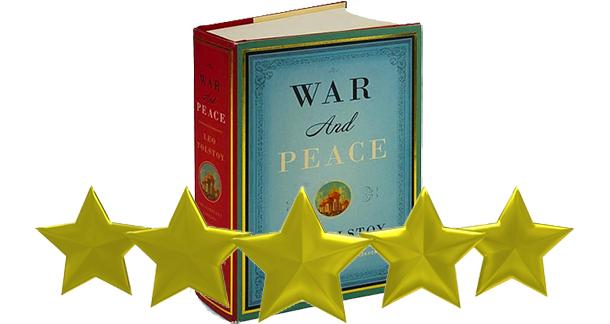 Authors frequently email me with offers of free PDFs of their books in exchange for five-star reviews on Amazon.

There’s nothing wrong with a simple review request, don’t get me wrong. I’m guilty of them just as much as the next poor, desperate writer. However, what always stops me in my tracks and gets me laughing is when authors specify their expectations of me. They don’t just want me to review their book. They want me to rate it five stars, too. Which means they don’t really give a shit about the review itself, they only want to bump up their Amazon rating. It seems reviews have become secondary to author rankings. Book reviews don’t mean a goddamn thing anymore. The only thing that’s important is how many stars a reviewer gives you.

So yeah, when an author asks me to leave their book a five-star review, I tend to ignore them. If you ever see me asking for the same, immediately destroy my body, because I’ve been replaced. Replaced by what, I don’t know. I don’t want to know. The star rating system is a cruel and unforgiving bastard. Nobody likes it, but we all embrace it like an evil king executing peasants left and right. If you dare to question it, perhaps it will strike you next. The five-star system is not going away any time soon, and the more writers beg reviewers to leave them five stars, the worse it will probably become. It is a system that is quickly destroying the value of a legitimate critique.

Book reviews don’t mean a goddamn thing anymore. The only thing that’s important is how many stars a reviewer gives you.

Besides, you don’t actually want somebody to rate your book five stars. Sure, it sounds great, like something to brag about to your mother or local Subway sandwich artist, but come on. Think about it from the perspective of a reader. You do read books, right? That’s not a crazy assumption to make or anything? If you’re a writer, then there is a considerable chance you’re also a reader, yes? Okay, cool. Now, what makes you decide to buy a book? A book by somebody you don’t know, somebody you’ve never read before? If you’re like me, you tend to browse reviews. I like to hear about people's reactions. So I scroll through Amazon and Goodreads reviews and usually I’m able to make up my mind after a couple minutes. That’s assuming the cover isn’t terrible and the plot description is intriguing enough.

It goes like this: Word of mouth leads to searching for the book on Amazon, which leads to me looking at the cover, then reading the plot description, then skimming the reviews, then either closing out of my tab or clicking PURCHASE (although sometimes I just make a note of the title for the next time I go bookstore hunting. I recommend making a habit of not buying from Amazon, but that’s a whole different kind of article).

Here’s the thing. All those five-star reviews? I don’t give them the time of day. I skip them without a second thought. It’s already easy to guess what can be found in these reviews: an abundance of praise sprinkled with sugar, and pretty much nothing else. The same goes for those one-star reviews—I skip those, too. If I’ve gotten past the front cover/book description stages, then I doubt it’s as shitty as these reviewers seem to believe. It might be bad, sure, but one-star worthy? Unlikely. 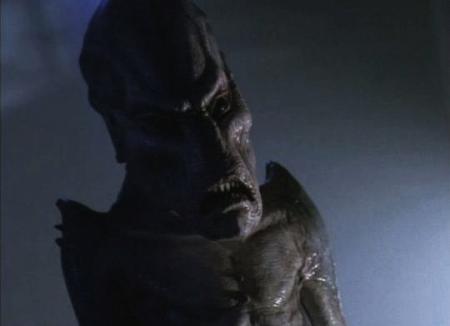 Now, those other reviews—the ones rated two, three, and four stars? I dig into them like a medical examiner performing an autopsy. Five and one-star ratings are too easy to fall back on. They’re decisions made by reviewers who are either being too nice or too unfair. But the stars sandwiches between them? The majority of them were chosen after careful consideration, and it shows in the reviews. A four-star review isn’t usually going to consist solely of praise. Like all things worth studying, there’s going to be some buts. The truth is, there’s no such thing as a perfect book (Stephen King’s The Tommyknockers being the only exception), even though many five-star reviews seem to think otherwise. Plus, if you’re looking at something released through a small press, there’s a good chance a decent chunk of those fivers were written by the author’s friends and family, anyway. Obviously they’re not going to say anything negative about the book, unless they secretly hate the author, which isn’t too far of a stretch when you consider how intolerable authors often present themselves.

The reviewers who give two, three, and four-star ratings tend to give specific reasons for why they did and did not like the work. There is nothing in this world more honest than a three-star review. I would rather hear from somebody who can’t quite make up their mind than somebody who’s already decided something is great or terrible. I can understand and relate to indecisiveness. It’s important to note the reasons some readers might have disliked a book can be reasons others loved it. I’ve bought more books based off of reviewers’ complaints than their praise. Positivity is boring. Negativity and controversy, on the other hand, that’s where the magic happens.

Next time you review a book you loved, reconsider your rating. Are you writing an in-depth review or just a couple sentences of praise? If the former, perhaps give it four stars instead of five, otherwise nobody’s going to pay any attention to it.

Chris Norbury from Minnesota is reading Word of Honor by Nelson DeMille June 26, 2017 - 7:01am

I agree that 2-, 3-, and 4-star reviews are the most informative of a book's quality. However, I also like to skim the one-stars to get a consensus of whether the book was poorly edited (or seemingly NOT edited), or if there exist glaring weaknesses like cheesy dialogue or a murder mystery plot that allows one to determine the killer on about page 25.

I am also super-leery about a book that garners 90-100% 5-star reviews (especially when it has received less than about 20 total reviews. In my reading world, I liken the quality of books to an approximate bell curve. Most books occupy the middle ground--2, 3, or 4 stars. The few books I read worthy of 5 stars should be among the best books I've read either for that genre, or that year, or forever. In my mind, 5 stars equal an A grade. How many people were A-students? (well, at least before grade inflation took root and now only the bottom quartile of students don't make the Honor Roll). I reserve my 5-star ratings for the top ten percent or so of the books I read in the course of a year. "Treasure Island" by RL Stevenson is a 5-star book because the story, characters, setting, etc., all have stuck with me for the 50 or so years after I first read it! "Call of the Wild" by Jack London is a 5-star book. "To Kill a Mockingbird" is a 5-star book in my opinion. Many other classics I've read over the years have earned 5-stars from me because they have endured for decades, if not a century or more.

If your debut novel or latest offering is not even remotely near what I would consider classic status, there is no way I'm giving you 5-stars. End of story. I give a ton of 4-stars to books by lesser authors because many writers who persist long enough to get published are decent writers and have written above average quality books. The egomaniacs who believe they are great writers but lack serious talent are the ones who will get 2 or 3 stars because one or more key components in their book are weak.

The small percentage of 1-stars earn that by being abysmally edited, rife with lame dialogue, purple prose, and/or confusing or aimless plots, and feature POV head-hopping, overuse of -ly adverbs, cliches, filler words and phrases, and exclamation points.

i don't know if i'd ask for one from a reviewer, but you can all go ahead and rate my book 5 stars if it gets more sales. and it probably will. so, yeah, go for it.

Christina Re from the United States is reading something a friend wrote July 13, 2017 - 9:29am

Sidenote: Clicking on someone's Amazon page to review a book before you buy it in a bookstore does NOT help them. It messes with their Amazon algorithm and gives them a lower ranking. If you want to determine whether or not to purchase an author's book without heading to the bookstore--check out their personal website. They might have additional information about the book, special offers, or even free downloads.